He donates a percentage of his proceeds to Stray Rescue or Tenth Life Cat Rescue. 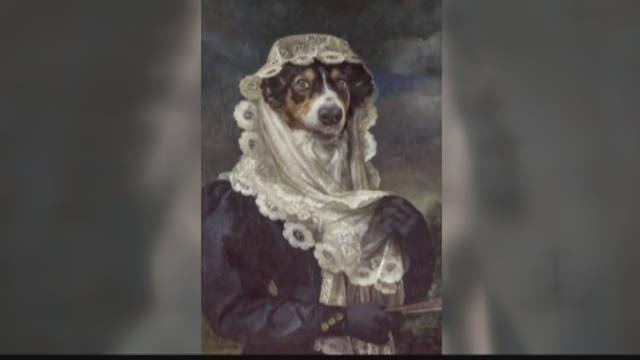 While many pet owners think their photos are already works of art, one Tower Grove artist is breeding a new kind of masterpiece: portraits integrating cats and dogs with historic artwork.

“To me, I’m paying homage and respect to the painters before me to reignite interest in their work,” said Jordan Gaunce, the artist behind “Portrait Your Pet.”

From the computer in his home, Gaunce combines artwork from The Metropolitan Museum of Art in New York that’s been designated in the “public domain.” He photoshops pictures of animals to combine them with the original portraits to create a new work of art.

“This is a wide wonderful world we're living in and there's room for all kinds of ideas and perspectives,” he said. “The computer is just another tool.”

The first portrait ever done was of his cat, Gary. The portrait, depicting who Gaunce calls “Lord Gary,” was made as a joke gift for his wife. He says it captures a particularly regal look they say defines their pet.

It's no ordinary Photoshop job though: Gaunce is a lifelong student of fine arts and technology, and studied the way the two could work together.

When his friends first started asking for their pet portraits to be done, too, it was important to Gaunce to capture their personalities, like he had with Lord Gary. It becomes a collaboration between Gaunce, the renowned artists - and the snap-happy pet parents, who give their feedback on outfit choice and other telling characteristics.

“They know their pet better than I do,” said Gaunce.

He eventually began printing the portraits on canvas and opening an Etsy shop, where he donates a percentage of his proceeds to Stray Rescue or Tenth Life Cat Rescue.