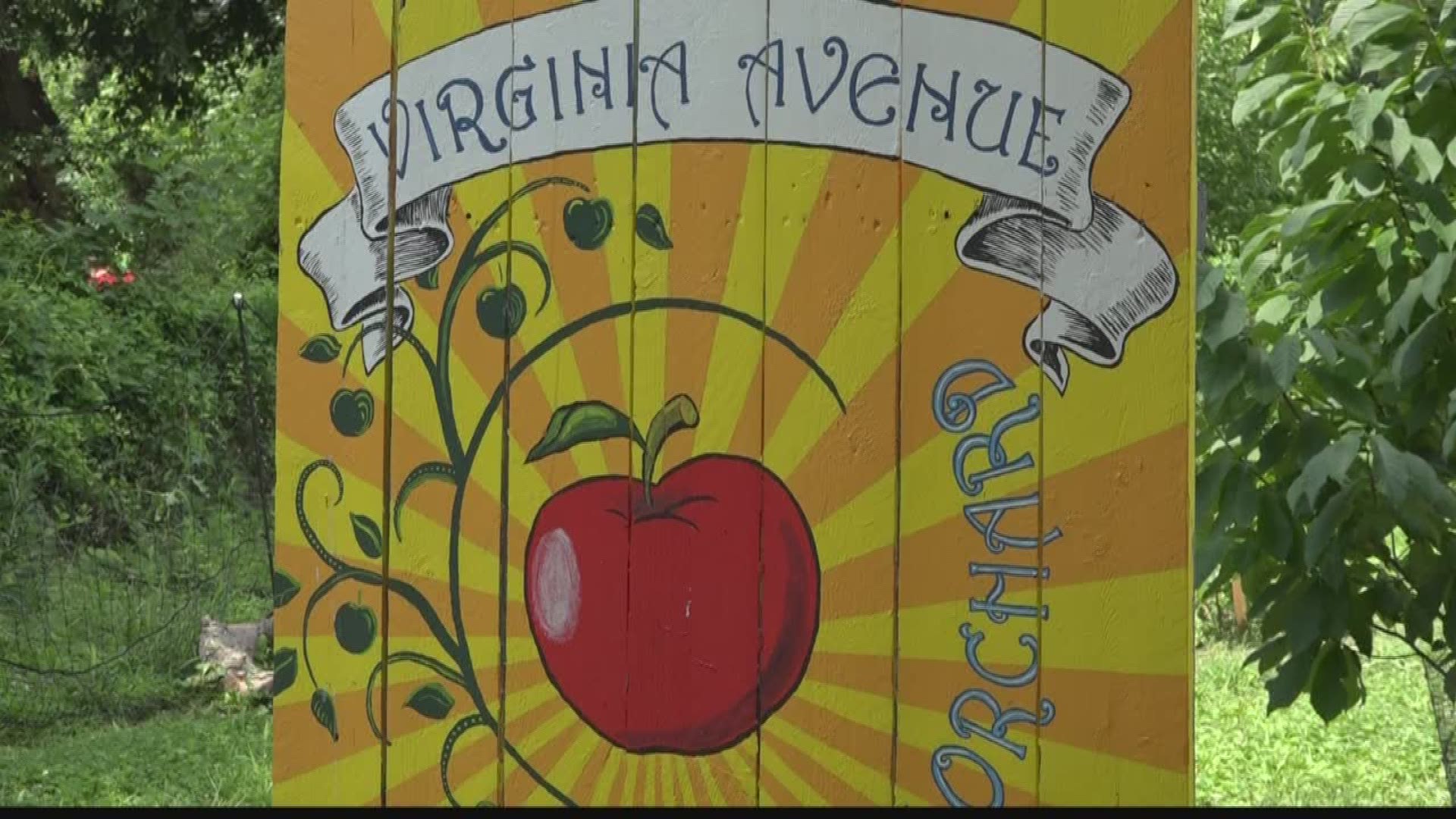 ST. LOUIS — A community garden in the Tower Grove East neighborhood in south St. Louis could soon be gone after developers made a bid to buy its land out.

For the last five years, community members have worked to turn the orchard, located at 3001-3005 Virginia Avenue, into the space it is today. Before it was given new life as an orchard, the property sat as an eyesore in a vacant lot. Its neighbors wanted to change that, so they worked with the City of St. Louis to mold it into a community garden.

The city agreed, and soon, the once-lifeless plot of land was now filled with planted trees. Those who helped transform the lot received grants from Brightside St. Louis, a nonprofit who said they aim to improve the quality of life in the city “by educating, engaging and inspiring St. Louisans to make our region cleaner, greener and more environmentally sustainable.”

“It's really brought us all together. It brings us together to work on the space to make something beautiful and we also have events out here,” said Susan Herzberg of the Tower Grove East Neighborhood Association. “We have kids out here for an Easter egg hunt and we have fires in our fire pit in the back.”

The nonprofit also supplied wildflowers and assisted in refacing the land into a space the surrounding community can use.

“We have worked incredibly hard to make this a beautiful space for our community and now we’re threatened by developers making offers on this land that we worked so hard to reclaim," said Herzberg. "And it just hurts."

But, Tower Grove East residents are now at risk of losing the orchard after a developer proposed to purchase the land from the City of St. Louis. In response, the Tower Grove East Neighborhood Association is raising money to buy the land and turn into a land trust.

The group aims to raise $6,000 by the end of the summer so they can turn it into a land trust. For more information on donating to their cause, visit their GoFundMe page.