He's been doing good deeds around the Metro East all summer long. But after a serious accident, now he's the one in need -- and the community is giving back. 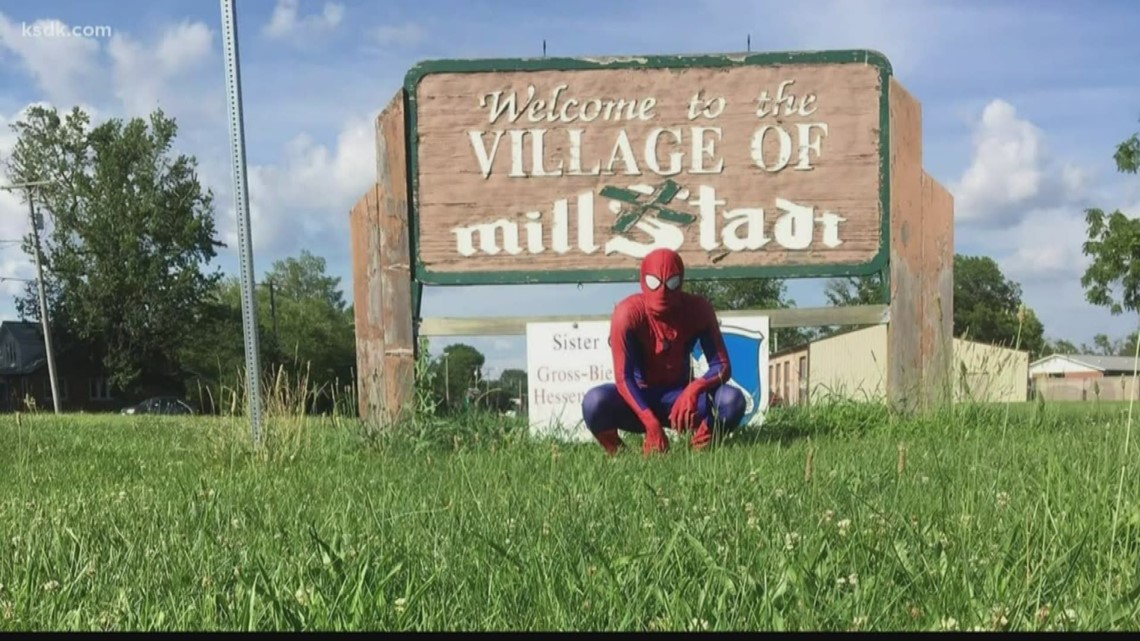 WATERLOO, Ill. — For most of the summer, someone dressed as Spider-Man has been doing random acts of kindness in several Metro East towns.

In Waterloo, people say the superhero has been just that – showing up at community events to entertain kids, posing for pictures and lending his fame to fundraisers around town.

But now Spider-Man is the one who needs help. Police said he was injured in a bicycle accident on Tuesday when he became tangled up with farm equipment on a local highway.

The masked man had to be flown to a hospital for surgery.

People who know his true identity say his summer in service of others has meant no time for a full-time job. And that, they said, means their hero doesn’t have health insurance.

“He's a huge part of the fabric of our community,” said Becky Simshauser. She and some friends set up a GoFundMe and a bank account through First National Bank of Waterloo to help collect funds for their Spider-Man’s bills.

“He's given so much for so many people already,” said Hillary Kaufmann, who is helping with the fundraising. “We want to give back what he’s given to our community.”