Tracking the path of a stolen gun in St. Louis

"Out on the street, the stolen guns are a dime a dozen." 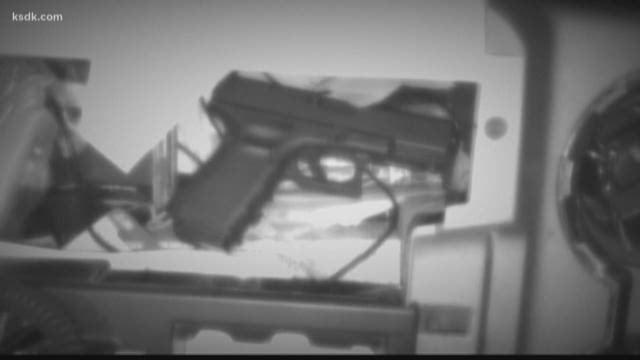 ST. LOUIS – There is a particular type of crime on the rise in the St. Louis area that is making other crimes more dangerous – legal guns in the wrong hands.

"Out on the street, the stolen guns are a dime a dozen,” said Major Steve Runge of the North County Police Cooperative.

And those stolen guns come at a cost to public safety, said cops who face them on the streets.

"Stolen guns are a major problem because they fall into the hands of kids and teenagers that are just out to do bad things," said Runge.

His department's Facebook page tells the story of stolen guns in their part of St. Louis County – photos of dozens of stolen guns seized in just the past six months.

"That's insane and that's just what we seize," said Runge of his departments haul.

"Guys go through the cars at night looking for loose change and they come across a gun they're going to take it," because a weapon is easy to sell for cash, Runge said, "in a heartbeat."

"Once they get their hands on it, it can go bad in a hurry,” he said.

But it's not just one department going up against stolen guns. Across St. Louis County last year police were called to 422 crimes involving stolen guns. That's up from the previous year by nearly 140 percent.

A problem Runge said is, “not getting any better any time soon."

The solution, he said, may start at the source.

"If you own a fire arm and want to carry it and travel with it there's a lot of responsibility,” he said.

But, if the rational is a concealed weapon must be carried at all times to be of any help in unexpected danger, and a gun owner wants to obey laws and respect policies that prohibit guns in certain places, then it's not hard to imagine guns left in cars.

What about gun locks? Runge said they are essential for protecting kids and others when the weapon is stored at home but do little to prevent theft.

He would like to see stiffer penalties for stealing, selling and committing crimes with stolen guns as a deterrent.