Many of the dumpsters in the alley behind the 3800 block of Juniata Street are overflowing with old trash, and people are wondering when the issue will be resolved. 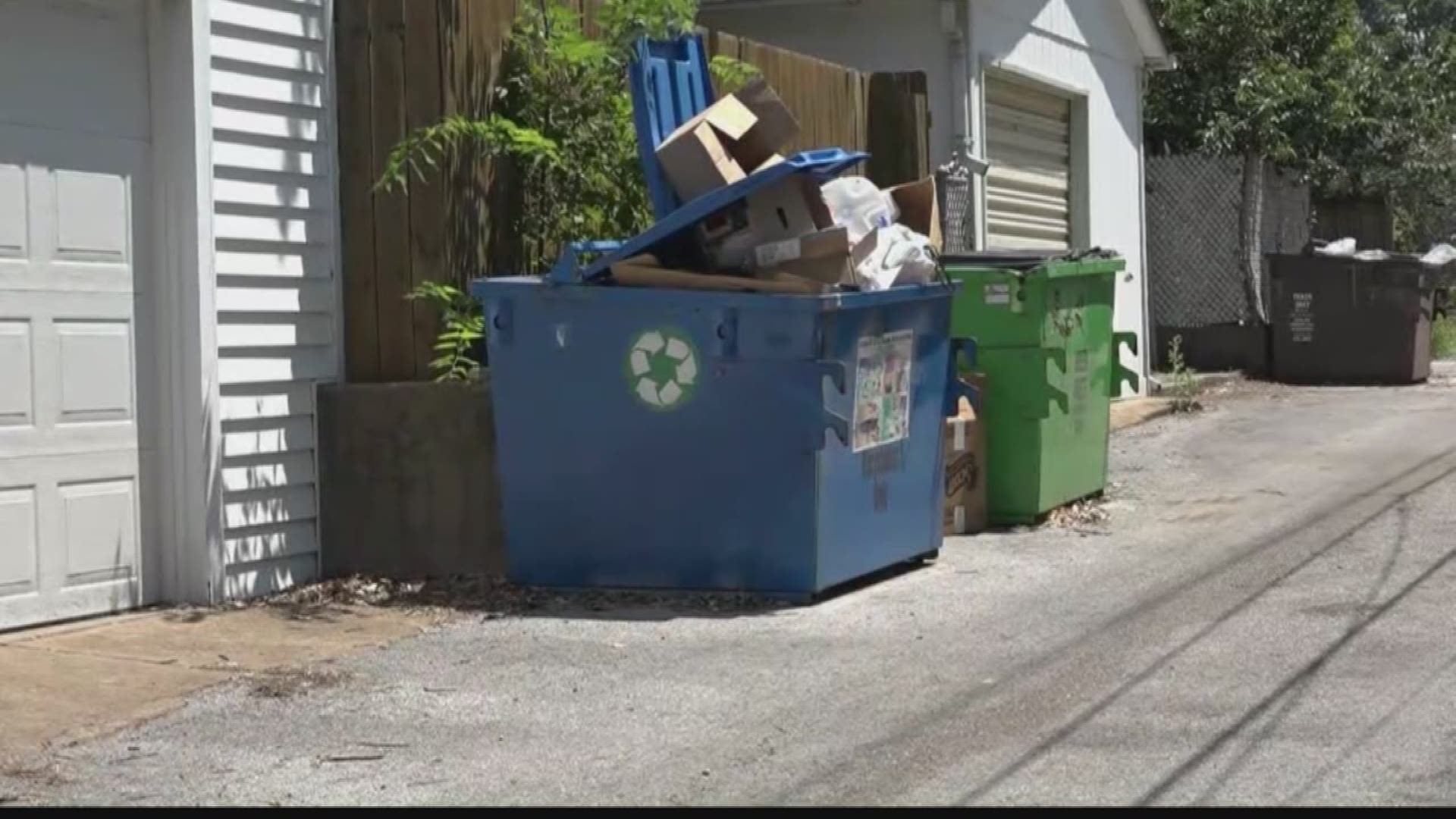 ST. LOUIS – People in Tower Grove Heights are fed up because their trash hasn't been picked up in weeks and now they want the city to take action.

Many of the dumpsters in the alley behind the 3800 block of Juniata Street are overflowing with old trash, and people are wondering when the issue will be resolved.

Tony Husemann is one resident that’s lived in the Tower Grove area for the past three years, but it’s the first time he's ever seen this type of problem involving trash.

"Yeah, I’ve never seen it like this before I don't know why but it hasn't been collected in at least two weeks," Husemann said.

Now he believes it's becoming a safety hazard for people who live in the area.

"If kids go out there without shoes on or even slippers or sandals they’re going to get cut up because the trash is accumulating in the alley. And we have boxes stacked up in my backyard because you can’t get them in the bin, and that’s just recycling," Husemann said.

And he's not the only one complaining about this issue.

A neighborhood improvement specialist in the 6th Ward took to social media to address the concerns stating it’s a city-wide problem and people have every right to be frustrated. However, she encouraged people to call the citizens service bureau stating it might not be fixed immediately but at least it will be documented.

"It just doesn't make since to not pick it up, it’s just only going to make a bigger mess for the city and everybody else if they don't," Husemann said.

City organizers said most of the trucks are 20 years old and the refuse division is adding nine more trucks by the end of the year. They admit it won't be an overnight fix but they're thanking the drivers who are working long hours to take on extra workloads with the older equipment.