WATERLOO, Ill. — What started as a humble fundraiser for the family of a fallen Illinois State Police Trooper ended with the entire community rallying together to raise $100,000.

Trooper Nicholas Hopkins was shot and killed in the line of duty on Aug. 23. After hearing about Trooper Hopkins' death, two high school friends, Ashley Hewitt and Colin Caywood, teamed up to help his wife and three children.

"I started designing a shirt as this 'little' fundraiser to be able to donate a couple thousand dollars...." said Ashley Hewitt in a Facebook post on Saturday.

Hewitt said the initial goal was to just sell 400 shirts, but the fundraiser was so successful that she had to keep raising her personal goal. 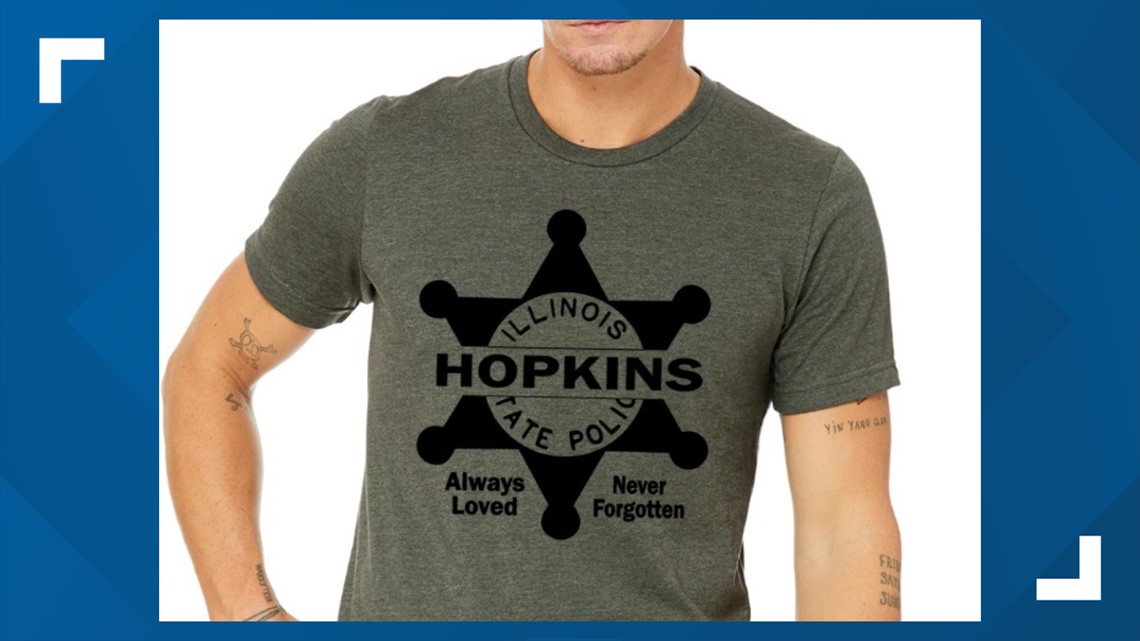 High school friends selling T-shirts to honor Trooper Hopkins, all proceeds go directly to wife, kids
There's been an outpouring of love in the community of Waterloo, Illinois, after Trooper Nicholas Hopkins was shot and killed in the line of duty. As the family grieves, neighbors are doing whatever they can to lift them up during this difficult time.

She added blue lights to her fundraiser, and sales got so popular that she had to add two more rounds of shirt orders.

In all, she ended up selling more than 4,000 shirts and 5,000 light bulbs. Hewitt said people as far away as California and Florida supported the cause.

On Saturday, Hewitt presented Whitney Hopkins and her three children with a check for $100,000.

"Thank you to all my friends and family that volunteered, businesses that donated, and everyone that purchased shirts, blue bulbs, or made a donation!" Hewitt said in her Facebook post.

RELATED: Princeton Review names 9 Missouri colleges in list of best in the country