After traumatic childbirth experiences, Tru Kellman is on a mission to become the first black Certified Professional Midwife in Missouri. 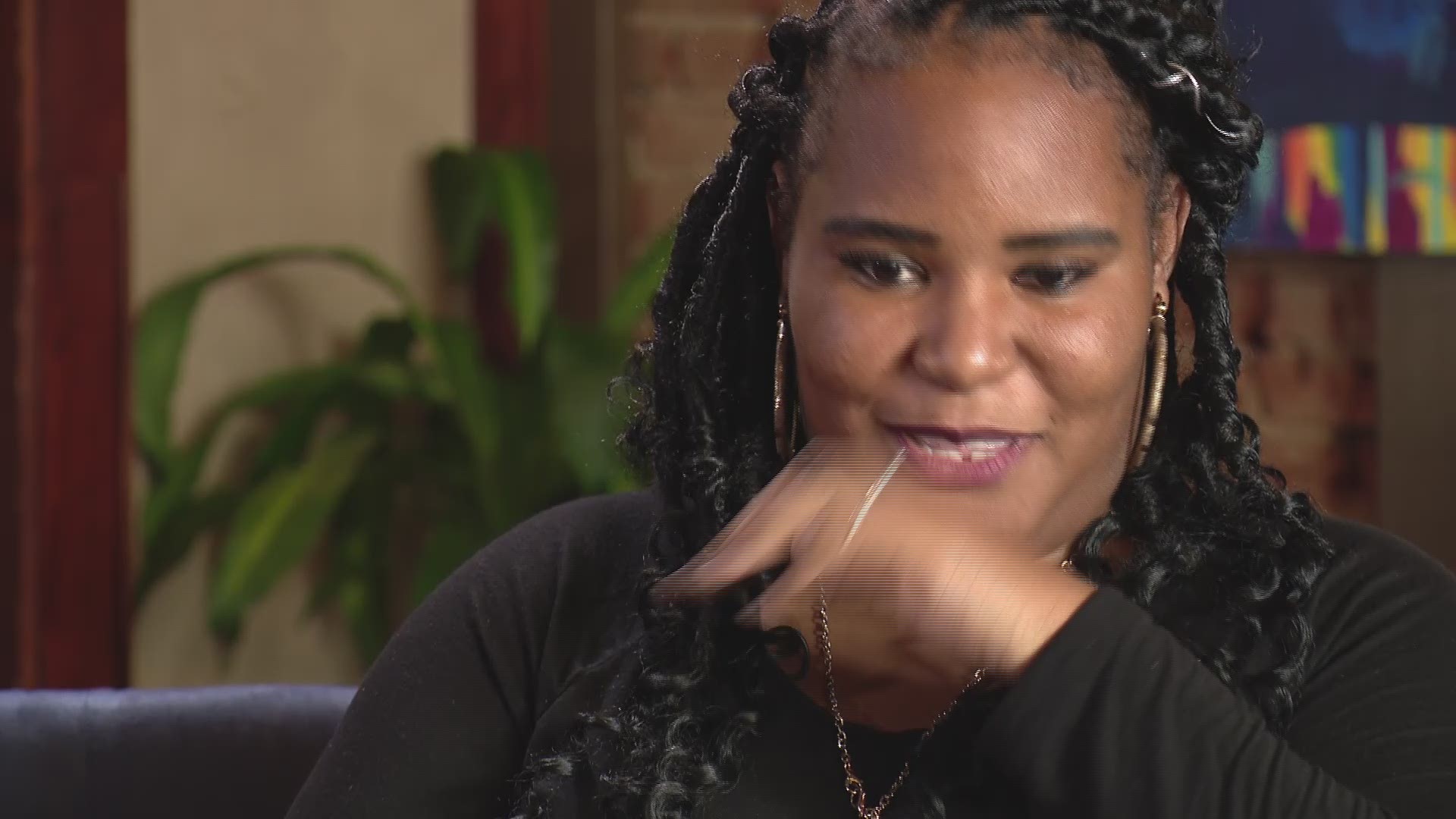 FERGUSON, Mo. — For Tru Kellman, mortality rates for African-American mothers is not just a passion or a job, it is a calling.

Tru gave birth to her first son at 14. At a time when the mother and child should be the focus of all the attention, Tru said she was treated horribly at the hospital. She thought, as a young mother, she would get advice or information through the process, but that never came.

"I was taken advantage of, disrespected, lied to in the hospital and ultimately my baby was cut from me and that was totally unnecessary," she said. "The nurse actually said, 'Do you want your baby to die?' and I said no, and she said 'Then you need to let us take you to the [operating room]."

After her pregnancy, she relied on her strong support system to make it through high school. As a senior, she became pregnant again.

This time would be different, she hoped.

Tru said her doctor denied that request due to insurance requirements. So, Tru walked out of her first prenatal visit with an appointment for a C-section she did not want to have.

But she also walked out of that office with a drive to study what was happening to her body. During her studies, a light went off in her head.

"Once I started doing it, I was like 'Oh my gosh, you are meant to provide this care for women," she said.

When she talked to friends and sisters, she found that she was not alone in her struggle. In 2015, the Global Burden of Disease Study revealed that for every 100,000 births there are 26 mothers who die in the U.S. In comparison, the death count is nine in the United Kingdom, seven in Canada, and four in Italy, Sweden and Denmark. The rate in Missouri is even worse, with 32.6 deaths per 100,000 live births.

And African-American women — like her sisters and friends — were about three times more likely to die in childbirth.

So, Tru's personal struggle became a calling with national impact.

She gave birth to her third child in 2012. At the beginning of her pregnancy, she was living in Dallas and was able to find a black midwife to help her with the process. But in the middle of the pregnancy, she had to return to St. Louis, where there were no black midwives.

After getting turned down by four midwives, she found one who cared for her through her home birth with no complications.

Then and there, she decided that she needed to become a midwife.

During her personal studies, she found a book called Spiritual Midwifery by Ina May Gaskin. Tru found only one picture of an African-American midwife in the book, Sondra Abdullah Umm Salaamah.

She looked to this woman as an inspiration but would end up learning directly from her.

After giving birth in 2011, she was invited to Ghana to learn midwifery, and when she asked who would be teaching, the name was a familiar one.

For four months, she studied in a foreign country with the hopes of helping women in her community when she returned. During the final day of her time in Ghana, she had a vision that she needed to make a reality.

She studied at the Midwives College of Utah on a full scholarship and is on pace to become the first black Certified Professional Midwife in Missouri. While doing all that, she started a non-profit, Jamaa Birth Village, out of her living room.

The vision she had in Ghana is becoming a reality-- The Jamaa Birth Village in Ferguson, Missouri. She closed on the building earlier this month thanks to an anonymous donation and still needs to do some renovating, but that isn't keeping her from helping moms in her community.

The non-profit is devoted to helping women from all over the bi-state find midwives, doulas and other skilled experts assisting women in childbirth.

Monday at 10 p.m., Kay Quinn will tell you about the new approaches you have to hear about and the women who had their lives changed.