The truck went so far deep into the hole, just the very back end could be seen sticking out 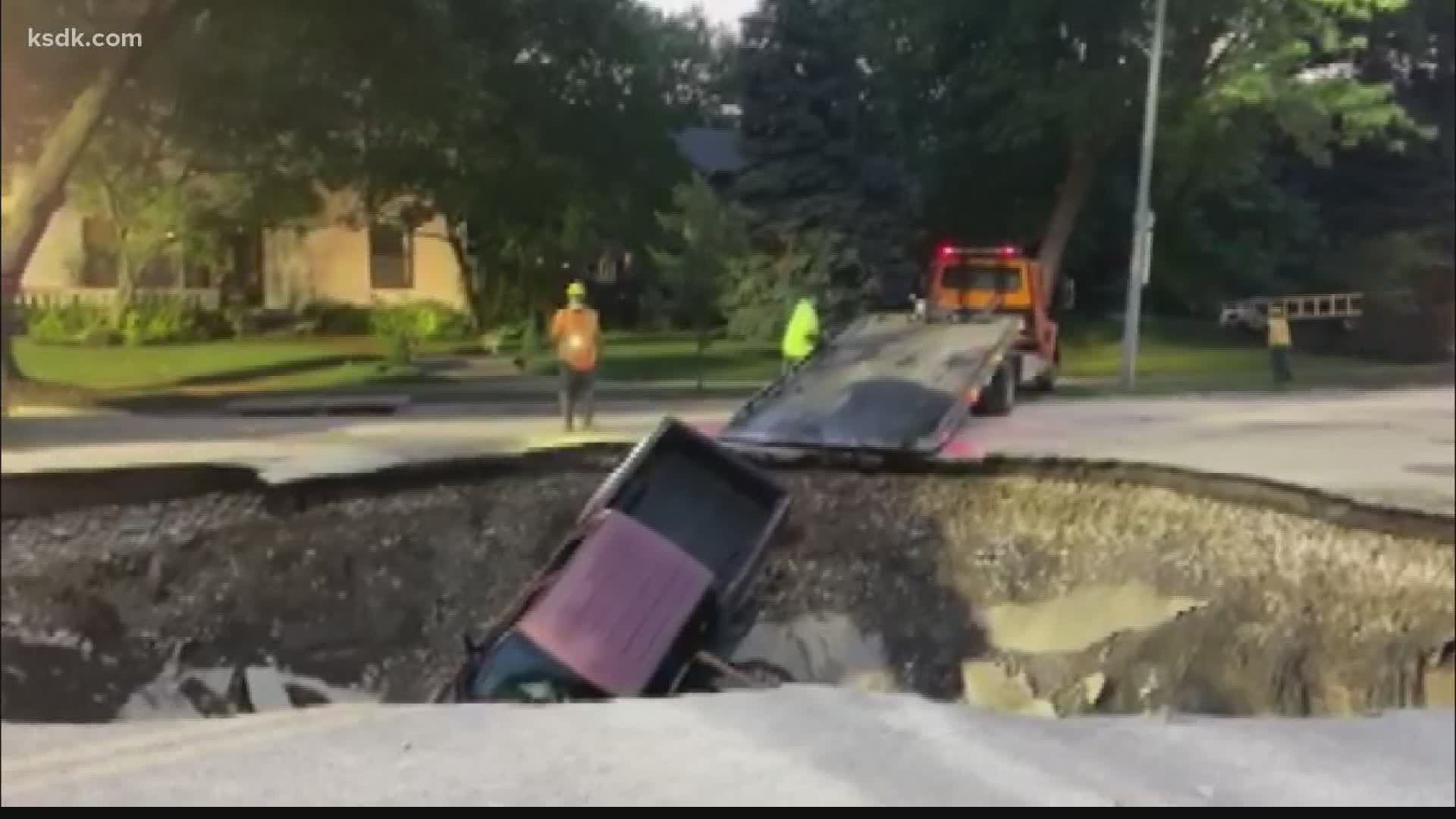 ST. LOUIS — A truck is now stuck in a massive hole on Lindell Boulevard in St. Louis.

5 On Your Side crews at the scene showed a pickup truck that had crashed into the large, deep sinkhole in the road that was created Tuesday from a water main break. The front end of the truck crashed into a large pipe. The truck went so far deep into the hole, just the very back end could be seen sticking out. The hole is about 20 feet deep and 30 feet wide.

The call for help came in just before 5 a.m. Crews working at the scene said there are barricades and signs posted to keep drivers out of the area. They said this driver wasn’t the first to ignore the blocks in the road.

The driver appeared to be doing OK physically, 5 On Your Side’s Savannah Louie reported from the scene. Police are there with the driver.

A short time later, a crew was able to hoist the truck out of the hole.

5 On Your Side will continue to update this story with more information as it’s confirmed.

The water main broke under Lindell along Forest Park, forcing crews to close a stretch of road from Kingshighway to Union. They've been working on fixing the issue since Tuesday morning.

That’s the same stretch of road where a massive water main ruptured almost exactly one year ago. On July 25, 2019, a 30-inch water main busted open, causing a large crater in the middle of Lindell at Union Drive.

The 2019 break was so severe, crews had to rebuild nearly 100 feet of sewer main. The break forced crews to close the stretch of Lindell for about two weeks to make the fix.