Supporters of the 45th president will sail from Clearwater Beach to Madeira Beach Saturday morning. 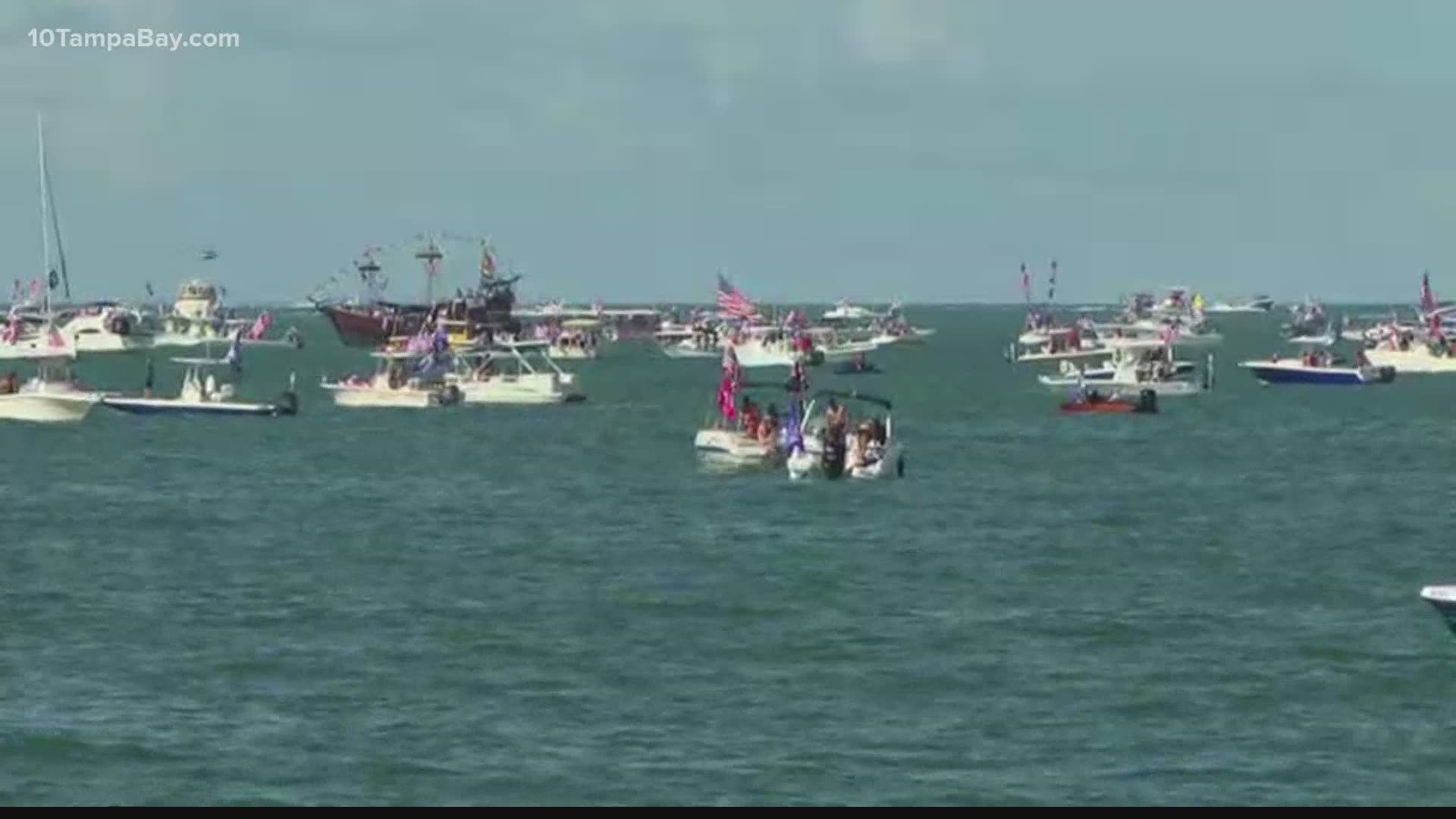 Organizers say all the video footage and registration information is being compiled. It will be reviewed by two firms before getting sent to Guinness World Records for confirmation. But, the people behind the event are confident they broke the record.

For context, there were enough registrations to make the event the largest of its kind. And, it was three hours between the first vessel crossing the finish line and the last one doing so.

The boats gathered in Madeira Beach, to be counted in an attempt to break the previous record set in Malaysia in 2014 with 1,180 boats. This, according to the rally organizers' website.

However, while the Guinness Book of World Records cites the gathering in Malaysia as the largest, an organizer of a Trump boat rally in South Carolina says over 3,400 boats participated in a parade in July.

Conservative Grounds will announce how many people attended the local boat parade within 72 hours on its Facebook page. Planning for a similar event is already in the works for next year.

Saturday's record attempt began just north of Pier 60 on Clearwater Beach at 10 a.m. The official boat count will then take place at the Welch Causeway Bridge in Madeira Beach.

The parade was organized and funded by Conservative Grounds, a coffee shop in Largo where "conservatives would feel welcome and America would be loved." Its owner, Cliff Gephart, said work is underway to verify the record.