Oliver shared a picture of his jacket, featuring the city of Houston and the "Be Someone" bridge. 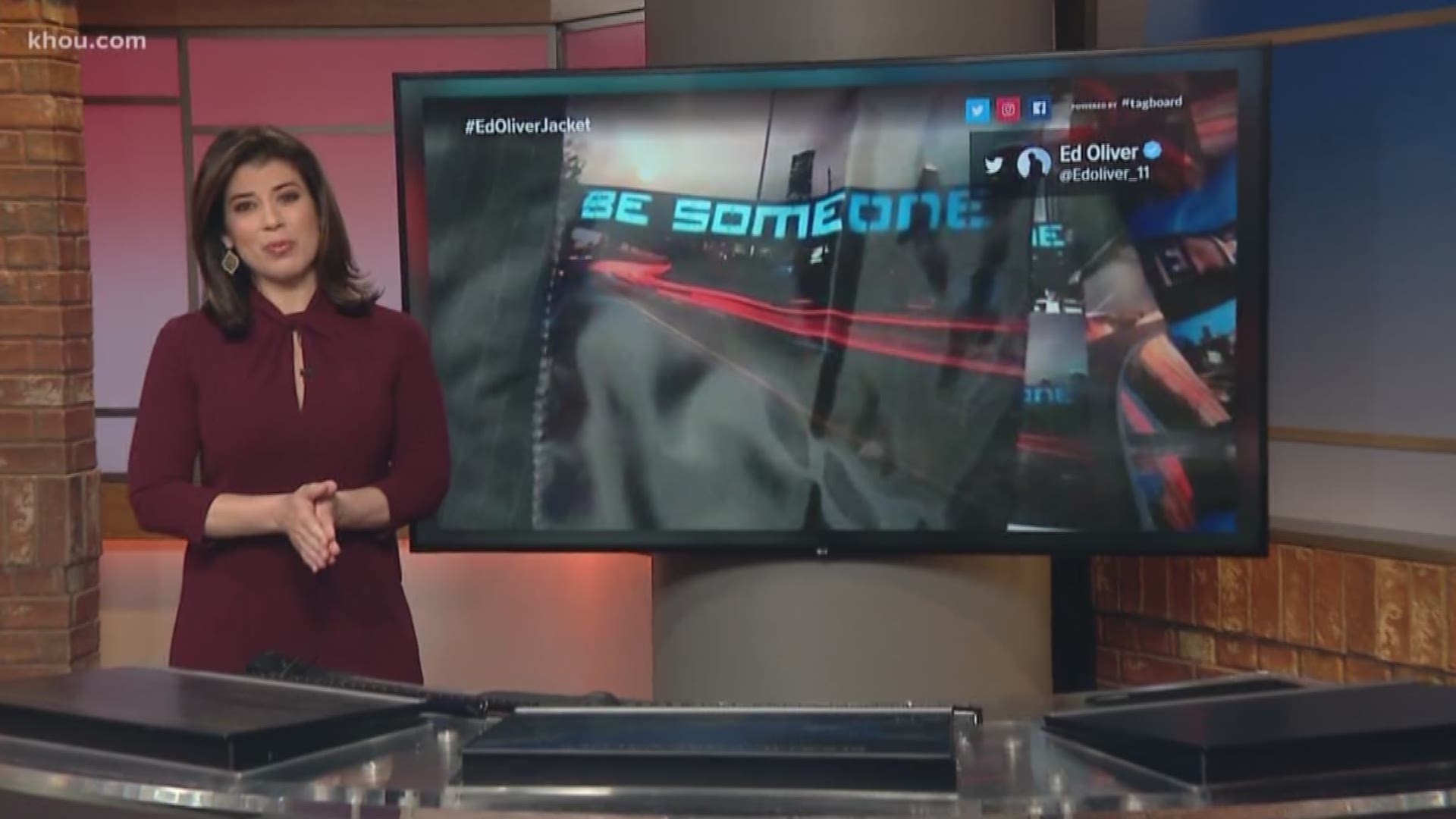 HOUSTON — We know it was a big night Thursday for former Houston Cougars star Ed Oliver, but it's not just the NFL Draft people are talking about.

He's getting some praise for his style!

Oliver shared a picture of his jacket, featuring the city of Houston and the "Be Someone" bridge.

He captioned it, saying "this here is for the greatest place on earth."

The standout defensive lineman was selected ninth overall by the Buffalo Bills Thursday.

"Ed Oliver is going to come in and, No. 1, earn everything that he gets," Bills coach Sean McDermott said. "He's a good player that plays hard, brings his lunch pail. And he's a guy that fits the way we play on the field."

Oliver, who entered the draft after his junior season, was a three-time All-America selection and led the FBS by combining for 50 tackles for loss or no gain over the last three years.

He had his most productive year in 2017, when he was awarded the Outland Trophy, given to the nation's best interior lineman, and also earned AAC defensive player of the year honors. Oliver was credited with 73 tackles, 16 1/2 tackles for a loss and 5 1/2 sacks in 12 games.

An injury to his right knee led to a drop in production last year, when Oliver finished with 54 tackles, 14 1/2 for a loss and three sacks in eight games.

"All I can say about that is it will all come to fruition in due time," Oliver said. "I just want to come and help my team compete, and compete for a starting job."

RELATED: Recap: Murray goes No. 1, Jones is surprise at No. 6