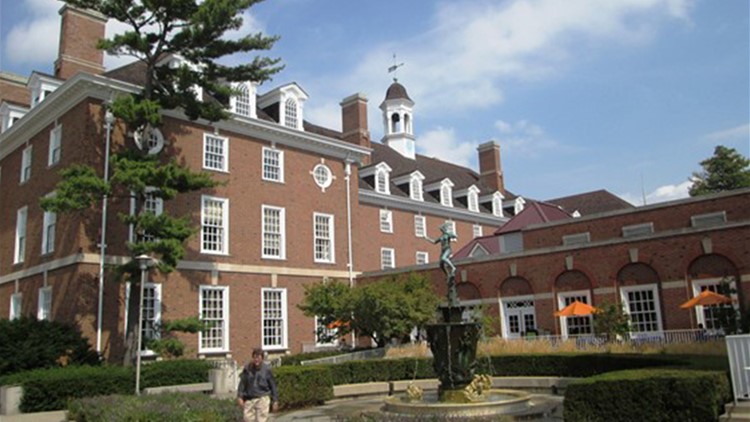 Photo by: Wikimedia commons
The Illini Union on the campus of the University Of Illinois at Urbana-Champaign

URBANA, Ill — The University of Illinois has joined more than 200 higher-education institutions worldwide in a letter declaring a climate emergency ahead of a major United Nations global warming conference in Madrid.

The SDG Accord is an effort by colleges and universities to support global sustainable development goals and urge action to prevent climate change. It calls on governments and higher-education institutions to back up the declaration with actions that will help create a better future for both people and the planet.

Tim Killeen, the university system’s president, signed on to the plan that includes mobilizing more resources for “action-oriented” studies and skills, going “carbon neutral” by 2030 or 2050 at the latest, and expanding environmental and sustainability education across their campuses and through community outreach programs, The News-Gazette reported on Sunday.

The letter notes that a “drastic society shift” will be needed to combat the mounting threat of climate change.

“The young minds that are shaped by our institutions must be equipped with the knowledge, skills and capability to respond to the ever-growing challenges of climate change. We all need to work together to nurture a habitable planet for future generations and to play our part in building a greener and cleaner future for all,” the letter states.

The Climate Action Plan for the university’s Urbana campus, which will be updated in 2020, already is committed to being carbon neutral by 2050 or sooner.

The 25th Conference of the Parties, or COP25, began on Monday. Delegates are gathering for the two-week, international climate summit aiming to put the finishing touches to rules governing the landmark 2015 Paris accord.

More than 70 countries have committed to net-zero carbon emissions by 2050, except for nations that emit the most greenhouse gases, including the United States.

This is the last conference before many countries are required to submit new climate action plans in 2020.

“This year’s conference is important toward getting the countries on track for their current promises and to also further strengthen their reductions in emissions,” said climate expert Donald Wuebbles, a University of Illinois professor of atmospheric sciences who was the lead author on climate change reports that were awarded the Nobel Peace Prize in 2007. “The United States needs to be part of this but isn’t.”

RELATED: 'Nobody will ever forget you' | Community supporting loved ones after 7-year-old dies in Moscow Mills fire