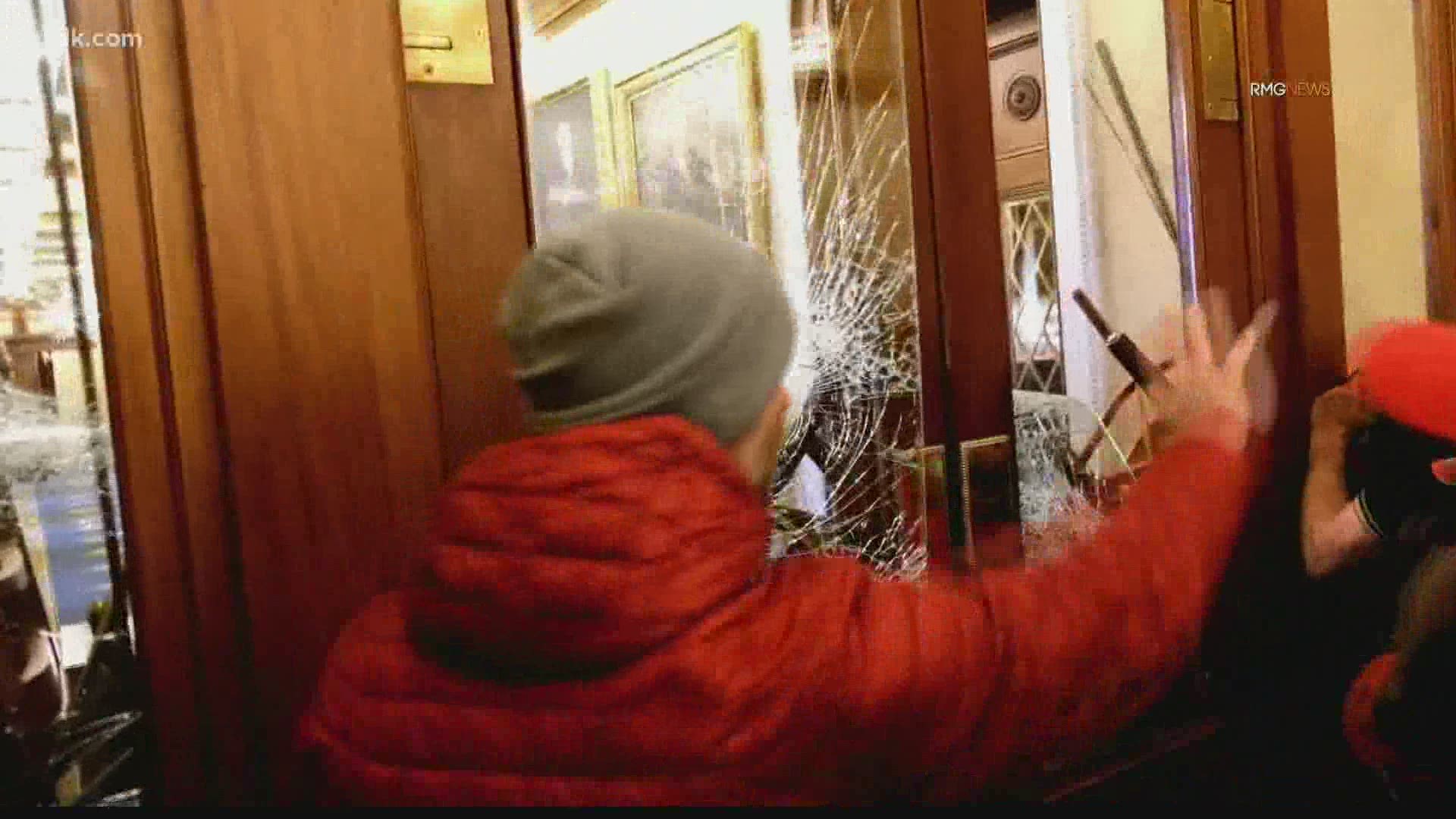 ST. LOUIS — After President Trump addressed his supporters on Wednesday and vowed “never to concede” in the election, rioters stormed the U.S. Capitol.

Congresswoman Cori Bush, the newly sworn in Democrat who represents part of St. Louis and St. Louis County, wrote on Twitter that she is safe, and she and her team are currently sheltering in place in the Capitol.

“The President of the United States has incited a riot that has now stormed the Capitol. There are rioters roaming the halls of the Capitol. I saw them with my own eyes.

"Thank you to the brave law enforcement officials who have put their lives on the line. The violence must end, those who attacked police and broke the law must be prosecuted, and Congress must get back to work and finish its job."

1 / 9
AP
U.S. Capitol Police with guns drawn watch as protesters try to break into the House Chamber at the U.S. Capitol on Wednesday, Jan. 6, 2021, in Washington. (AP Photo/J. Scott Applewhite)

"People have a right to peacefully protest, but protestors who violate the law must be held accountable. The lawlessness and rioting witnessed today in our nation’s Capitol are unacceptable. We as a nation are better than this."

"Violence, lawlessness and attacks on law enforcement are absolutely not.”

Senator Roy Blunt said in a tweet, “The events unfolding at the Capitol are shameful. There is no justification for violence and destruction. It has to stop now. This is not who we are as a nation. Thank you to the Capitol Police who are keeping us safe.”

Illinois Senator Tammy Duckworth responded to a tweet that said, “that’s the confederate flag flying outside the Senate chamber.” Below is her response.

“As Donald Trump continues to lie about attacks on our democracy and fan the flames of debunked conspiracy theories, his supporters carrying Confederate flags are literally breaking into the U.S. Capitol to prevent elected representatives from casting their votes.”

Congressman Mike Bost, who represents Illinois' 12th District, released the following statement regarding his safety and Wednesday's protests at the U.S. Capitol.

“I wanted to let everyone back home know that I am safe. Americans cherish our right to free speech and peaceful protest. But what’s happening in our nation’s capital is not just unacceptable, it’s un-American. Please pray for peace and the safety of our brave law enforcement officers and first responders.”

"The violent riots we are seeing right now are despicable and have no place in our nation. The President needs to take decisive action immediately to stop this seditious behavior."

"These riots are nothing more than an attempt to disrupt our democratic process. While I am safe, I am praying for all those in harm’s way," Wagner added.

"It was Oscar Wilde who said 'When Liberty comes with hands dabbled in blood, it is hard to shake hands with her.' The current acts of violence can never be accepted under any circumstances no matter your political affiliation."

"I condemn this violence and give my complete support to the brave Capitol Police officers working to restore order.

"The peaceful transition of power is fundamental to our country's democracy and should never be met with politically motivated assaults and violence as we're seeing unfold at the U.S. Capitol. This is an extremely dangerous situation the likes of which we have never seen before."