VERIFY: What happens next for immigrant families at the border?

St. Francis Community Services confirm, a handful of immigrant children, separated from their parents, have been placed in St. Louis. 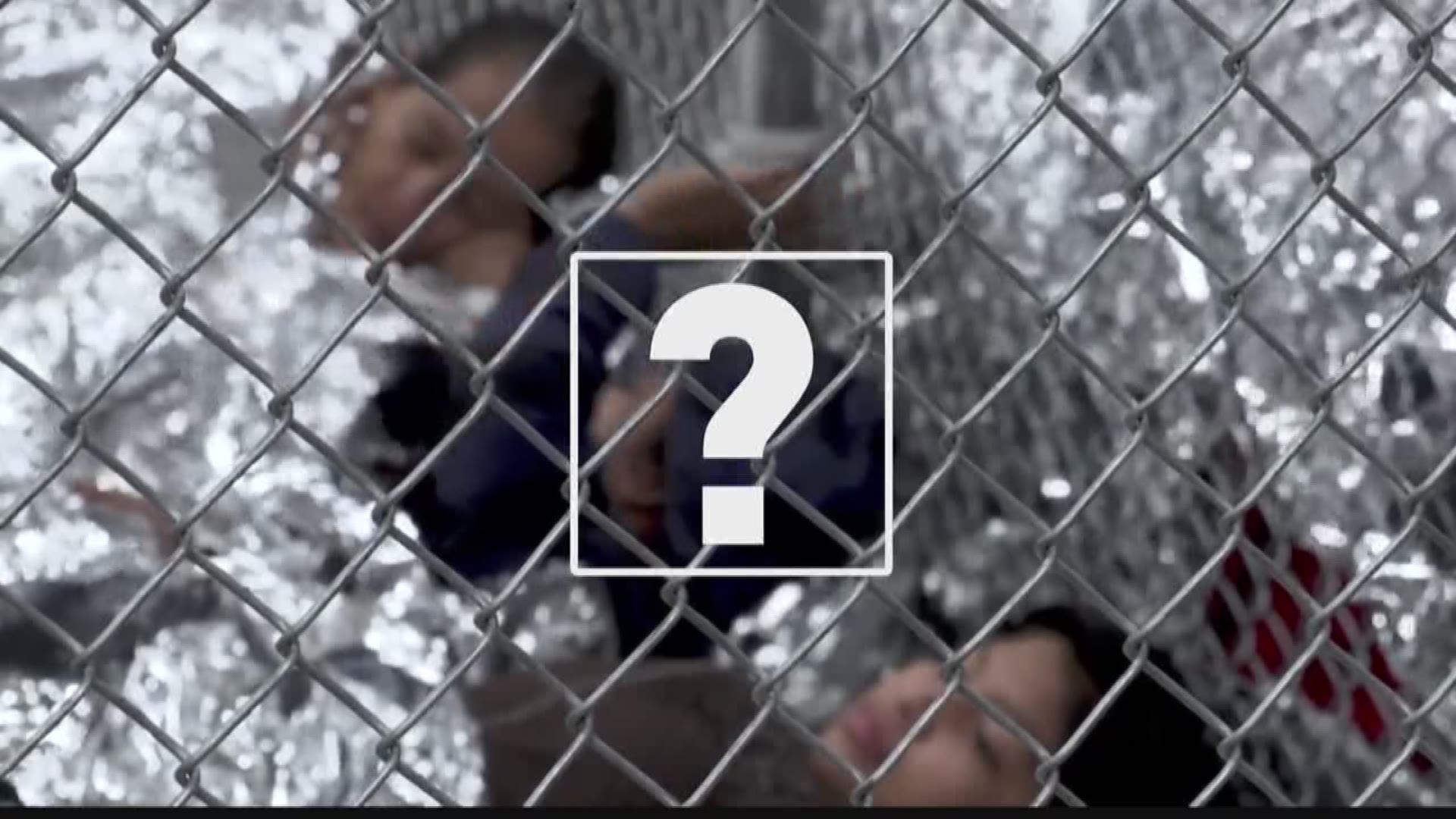 ST. LOUIS – Following President Trump's executive order reversing the policy of separating parents and children at the U.S. Mexican border, many of you are asking, what happens next for families awaiting trial at the border?

To get answers, 5 On Your Side turned to St. Francis Community Services, a program run by the St. Louis Catholic Archdiocese, that helps families here in the area with immigration law.

Amy Diemer is the managing attorney of St. Francis Community Services. She and her team work on hundreds of cases a year involving families trying to immigrate to America.

While she applauds the Trump administration for reversing the policy of separating parents and children at the border, she's unsure of what comes next.

"I’m having a difficult time reconciling how this is going to be implemented," said Diemer.

Part of the executive order specifies they will "detain alien families together where appropriate.

NBC News got a hold of federal budget documents that show there is not enough detention space to house all of those families.

It shows there are 3,300 beds but with the rate that families are crossing the border, detention centers would be full in eight days.

Another problem, according to Diemer, there is not enough detention space to house all of those families.

According to Diemer, that violates a 1997 court ruling called the Flores Decision.

"Generally the practice has been to only keep children with their parents incarcerated for 20 days, so I don’t know how this executive order that’s come down will be implemented in light of the Flores case," said Diemer.

Diemer said it's extremely rare for court decisions to be decided that quickly.

"That’s not a quick process, so are the children going to be with the parents in detention for a very long time? Certainly, we have some people who are waiting for hearings for years," she said.

For the question, what happens to families with children who arrive at the border – 5 On Your Side was unable to verify what happens next.

We also asked Diemer, what happens to families that have already been separated.

"I’m not sure how we’re going to reunify those children with their parents. Those parents, as I understand it, may not have been given appropriate information about where their children have gone," said Diemer.

Diemer said many children also wouldn't know how to reach their parents, so she's concerned about how that would even happen.

Therefore, we were also unable to verify what happens next for families already separated.

We were able to verify that there are a handful of children who were separated at the border from their parents, that have been placed in the care of someone in St. Louis.

Meredith Rataj, with St. Francis, has helped the federal government with those placements. She said they first try to find families for friends.

"That usually means they have a pre-existing relationship with the child, so that sponsor lives in St. Louis so then they screen the sponsor to make sure that’s appropriate and then they go through significant background checks," said Rataj.

Many families arrive not knowing anyone. If that's the case, they are sent into the foster care.

President Trump also made the claim that he's the first leader to reverse the policy of family separation in 60 years.

With the help of St. Francis, we were able to verify that is not true.

They say, the only time a child was ever separated from their parents at the border, prior to this spring, was if the government deemed the parents to be abusive.

In the meantime, St. Francis said they have their best legal minds working on solutions for these families, they also want to see if Congress passes any new legislation.