This journey on foot started in Springfield, Missouri, two weeks ago and is slated to end Tuesday at Busch Stadium in St. Louis. 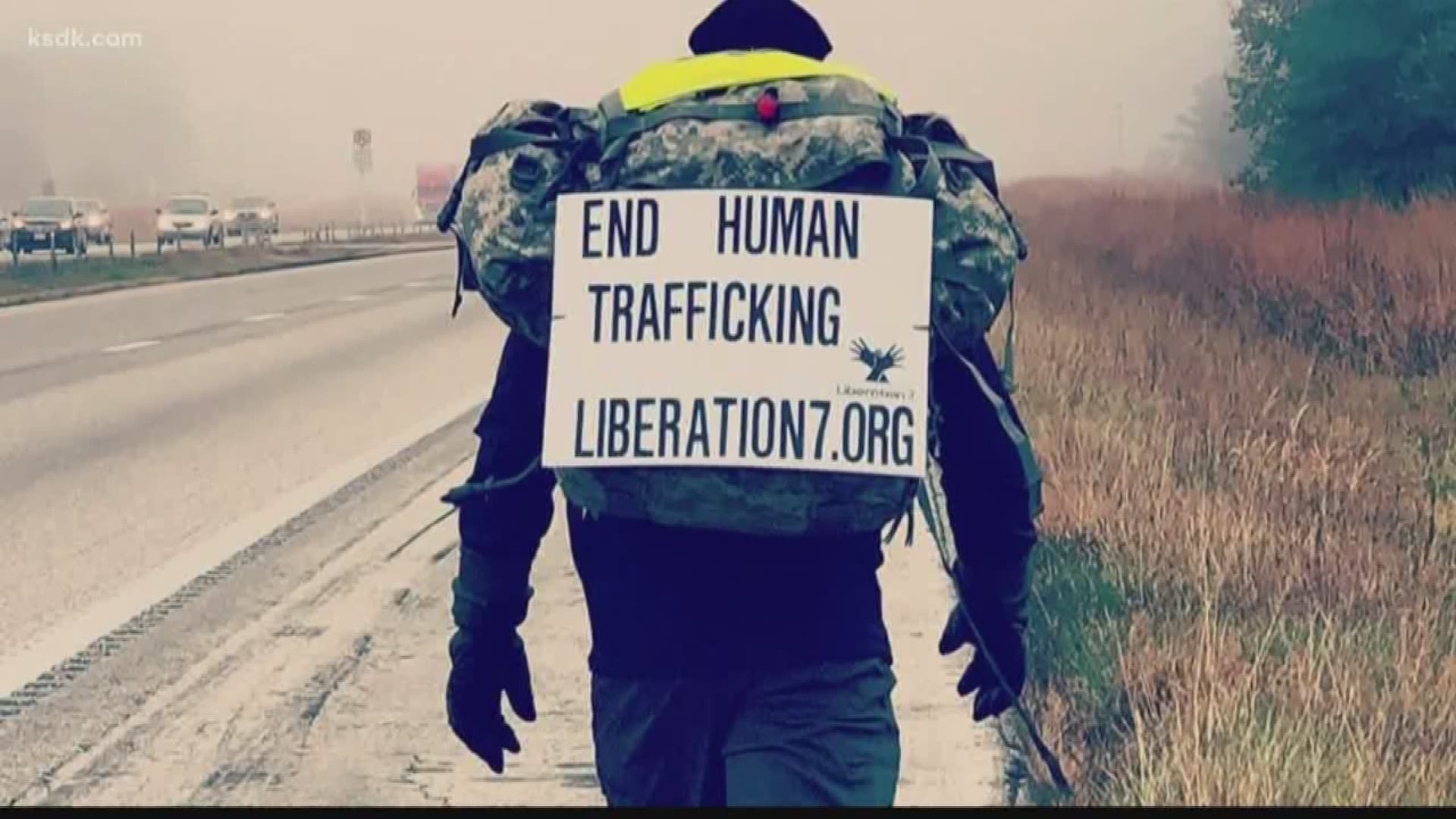 It's one thing to talk the talk, but for Damian Gehris, he's not just walking the walk, he's spreading the word.

"This is not for me, this is for them," Gehris said.

This journey on foot started in Springfield, Missouri, two weeks ago and is slated to end Tuesday at Busch Stadium in St. Louis.

"I needed something to grab attention," he said.

But you could argue that Damian's journey truly began when this Iraqi War Veteran discovered atrocities online, worse than anything he saw on the battlefield.

Damian didn’t choose I-44 purely out of coincidence. It’s considered a major artery in human trafficking rings across the country.

"I got angry and I wanted to know how I could help out," Gehris said.

Two weeks ago, armed only with a rucksack and his wife following close by in a minivan, this Army National Guard soldier set off, documenting — quite literally — every step.

"I wanted everybody to kinda go on the journey with me. I wanted them to see the pain that I have to endure," he said.

The pain was so great it almost sidelined Damian before the finish line.

"Yesterday was very painful for me, I had to quit early, I could barely stand up," Gehris said.

Long before Gehris reaches the finish line, the race was pretty much won.

He's already exceeded his fundraising goal of $5,000 on his GoFundMe.

"I really think God put this on my heart for a reason," he said.

That proves, that sometimes you have to walk the walk, to inspire meaningful talk.

"I’ve gotten messages from people in Germany that have seen it on Facebook," Gehris said.

Damian says he will be walking Monday and Tuesday, no matter what the weather brings.

He hopes to make it to Busch by Tuesday night. 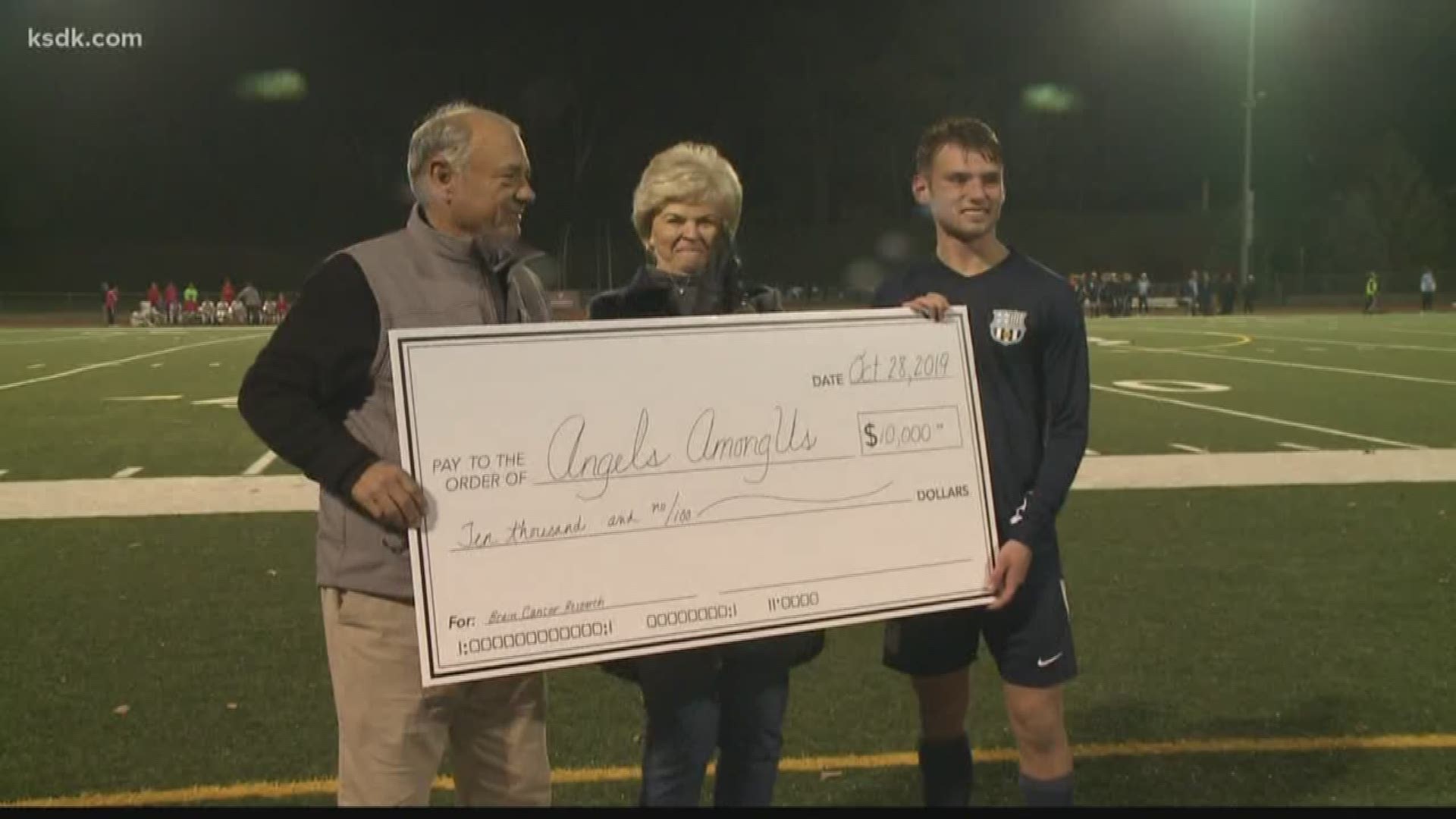