"For us to protect our children, we need to know who they are and where they are." 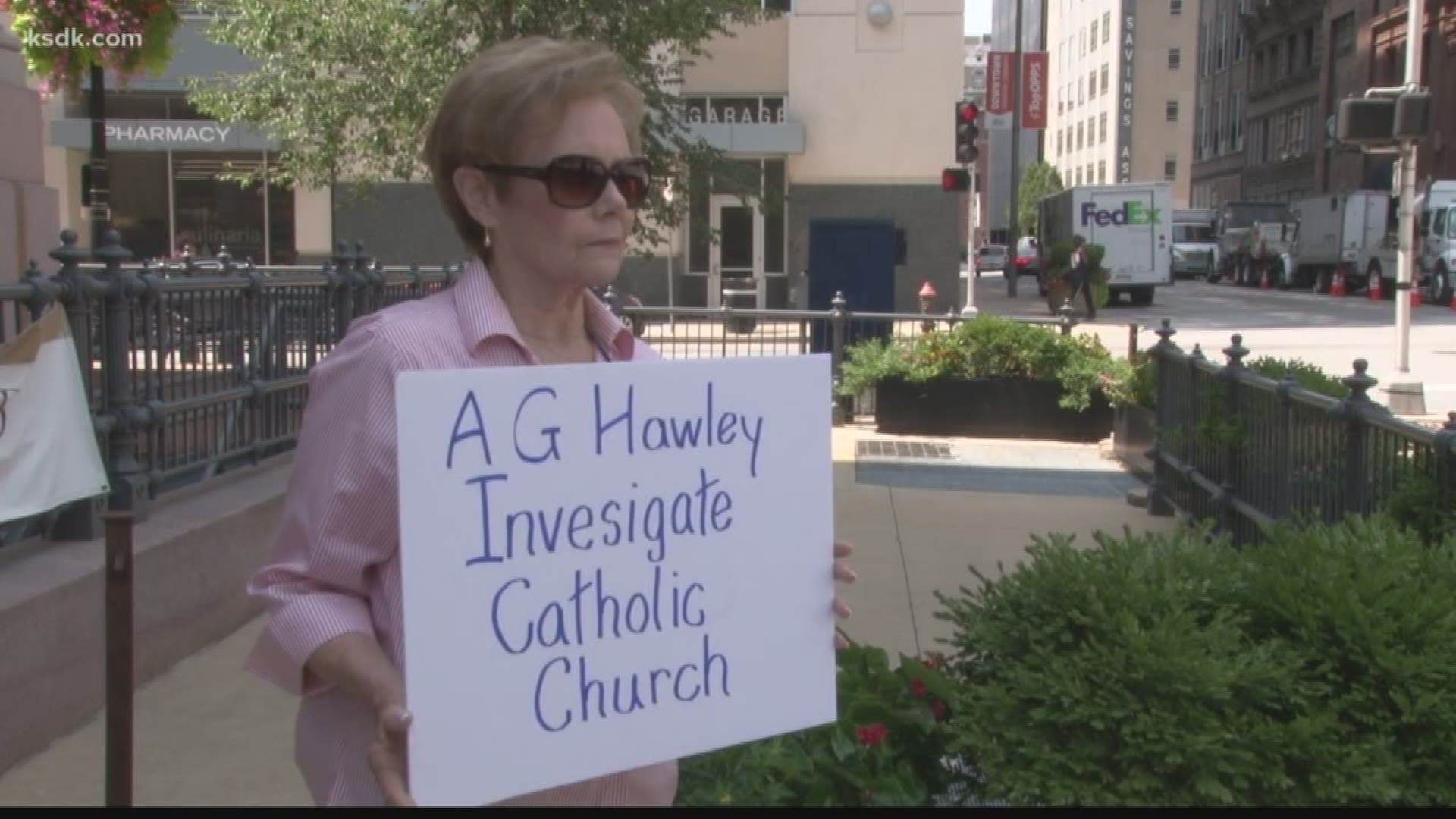 ST. LOUIS — St. Louis victims abused by Catholic priests are pleading to state officials to open up a grand-jury style investigation in Missouri.

The request follows a grand jury report in Pennsylvania that found more than 300 priests sexually abused kids in that state for decades while the Catholic church systematically covered it up.

"It's important to me because I am a mother of a victim who was abused," Mary-Ellen Kruger, who had a son sexually abused by a priest, said.

Kruger said a priest molested her 15-year-old son in a Catholic high school back in 1985. He reported the abuse, but eventually took his own life.

"For us to protect our children, we need to know who they are and where they are," she said.

On Wednesday, Kruger and two other people hoping to have their voices heard about sexual abuse in the Catholic church, stood outside the office of Missouri's top prosecutor.

"We're really trying to push the prosecuting attorney to so do something. It's important for the citizens of St. Louis and the state of Missouri to get as much information as possible," she said.

The trio of activists, including the mother, one abuse survivor and an attorney spoke on behalf of dozens, perhaps hundreds who they say may have been abused by Missouri's Catholic priests.

"It's the first time I've gone public with it to show my face and my son, mainly because it's been a very difficult time for our family," Kruger told 5 On Your Side.

She said she wanted to come forward to protect children who have been abused in the Catholic church.

She and the other two activists are calling for Missouri Attorney General Josh Hawley to take the following steps to aggressively fight for children:

“We also know that every time a victim gives out a name it helps children who may be near that individual and it helps parents protect their children," she said. "Coming forward is very very courageous thing to do. Does it help? We hope it helps the victims to find some healing in their life."

5 On Your Side sat down this week with St. Louis Archbishop Robert Carlson. He acknowledged while there have been cases of abuse here in the past, he's confident the church has nothing to hide. You can watch the full interview here.