As of Tuesday morning, 170,000 people all over the world have seen it. 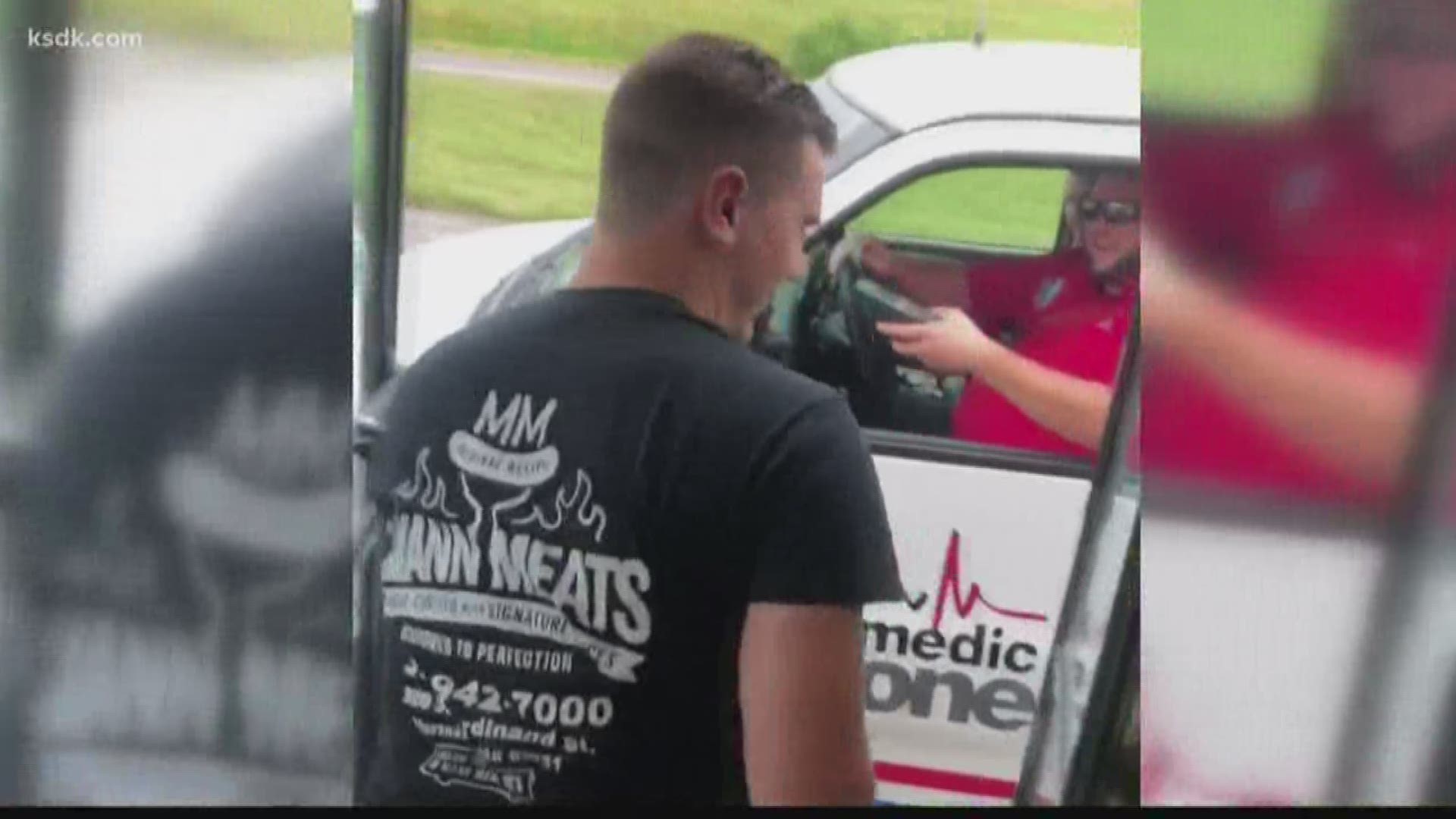 ST. LOUIS — You will find no students aboard this bus.

With things like half-pound "Man Burgers", this bus-turned-food truck is a carnivore’s dream.

"Baked potatoes with your choice of pulled pork or chicken or brisket on top," he said.

Bob has had the wheels on this bus going around for about a year and a half.

"I looked for the typical box truck and couldn’t find one for a reasonable price, so I went out on a limb and brought a school bus and gutted it and built it myself."

"They were constantly tasting all my food, I wanted their honest opinion: too salty, too spicy, whatever," he said. "Once they told me I nailed it ii wrote down the recipe and keep it at that and moved on to the next item."

Now, groups from all over stand in line for a taste, but it was last Thursday's traffic jam that altered the meat man's plans.

"I didn't realize how bad traffic was, so when I pulled my map up it said an hour to get there," he said.

The traffic left him unable to get to the event and left a lot of food on the grill.

"My first instinct was to feed the first responders like I always have," he said.

Stuck in standstill traffic he noticed a scene of first responders and hatched a plan.

"By the time my employee put the plate together, we started moving about 10 or 15 miles an hour, and I wasn't going to tease the guy with a burger drive off and leave him."

What resulted was a rolling delivery to an ambulance stuck with everyone. It was all captured on video and has gone a bit viral on social media.

As of Tuesday morning, 170,000 people all over the world have seen it.

"Paramedics from Australia and London sending me messages thanking me for feeding first responders," he said of the reaction.

On Tuesday, the bus changed its route to make a special stop for a Florissant family who lost their house in a fire last week.

RELATED: Neighbors try to get family of 5 back on their feet after house fire in Florissant

"I'm cooking food on the grill right now, I told them how about I bring the whole truck to them."

The family asked not to be filmed, but Bob said the grandmother started to cry when they showed up to feed the family.

RELATED: 101-year-old Blues fan gets to live out a dream with the Stanley Cup