Police: Video of people parachuting off former AT&T tower in downtown St. Louis was from 2010

On Monday, police said the video was from 2010 but was re-uploaded to make it look like it happened recently. 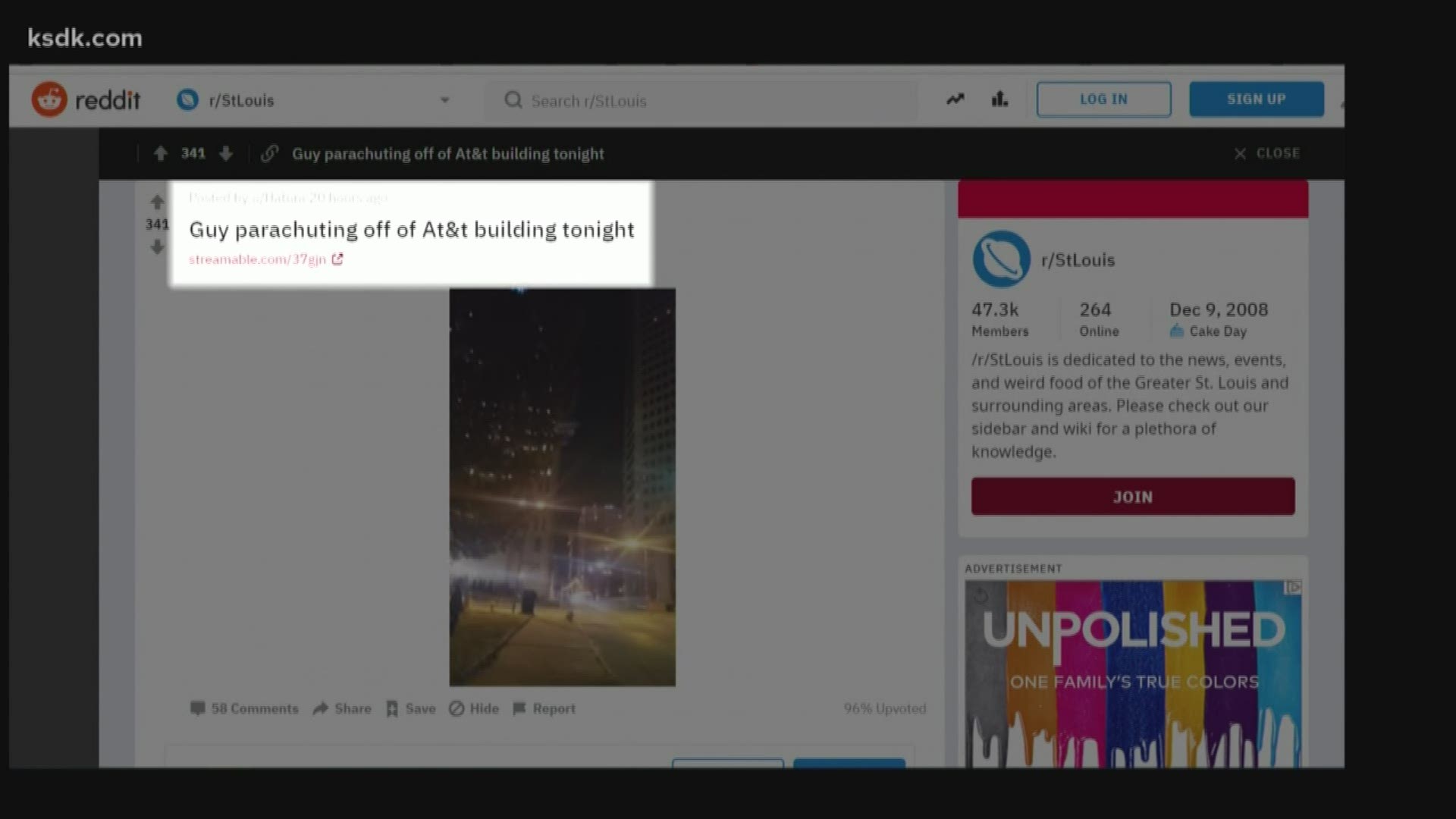 ST. LOUIS — UPDATE: Monday afternoon, St. Louis police informed 5 On Your Side that this video was originally recorded in 2010, and then re-uploaded to social media this past weekend as if it occurred recently.

A video posted to the social media site Reddit night has people talking.

The post, titled "Guy parachuting off At&t building tonight," appears to show video of two people parachuting down from the top of the now-vacant One AT&T Center in downtown St. Louis on Friday. 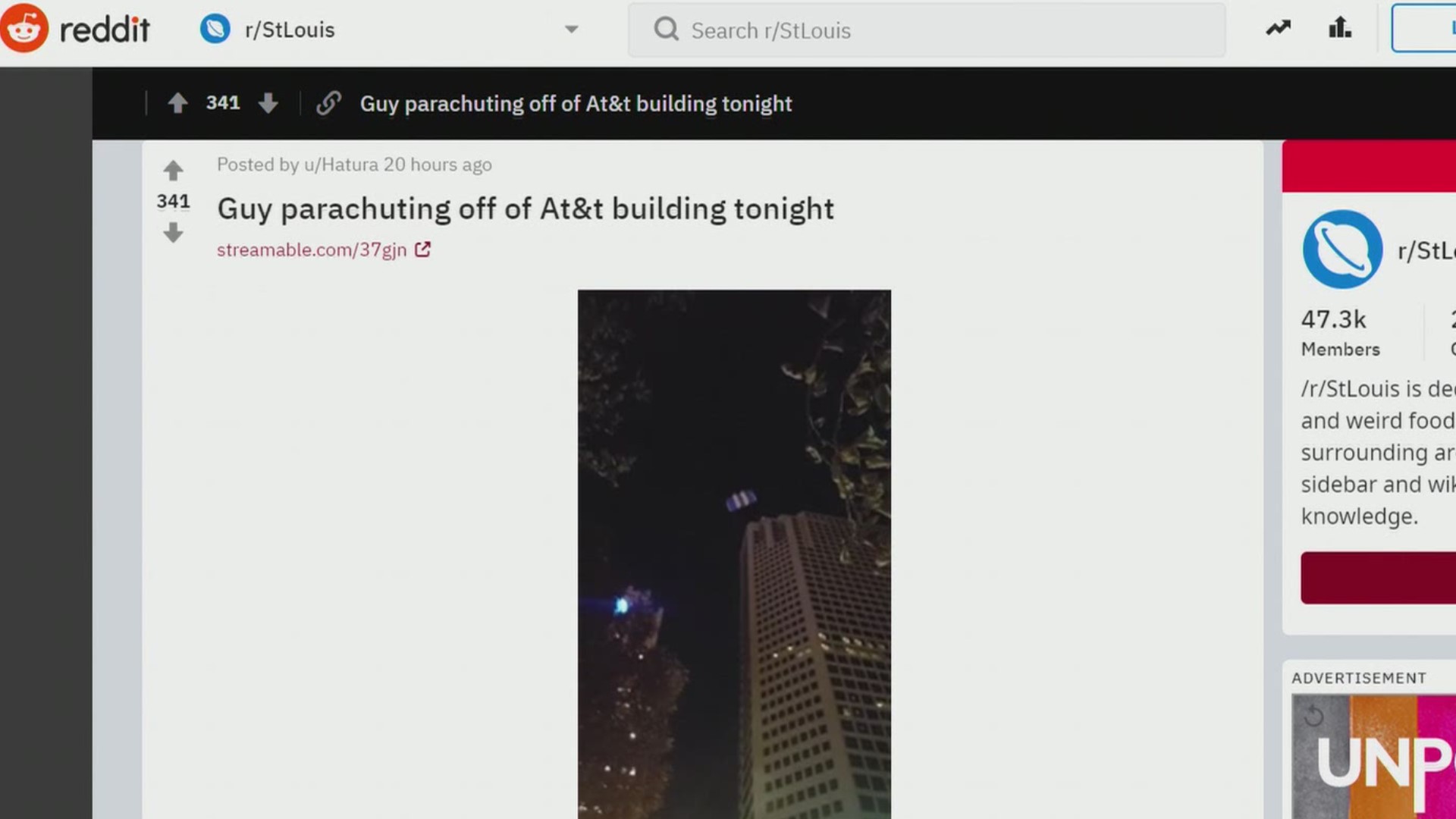 The parachuters circle over the city as they descend and one of them can be seen landing in the street.

In the video, several people are seen watching and recording the spectacle.

According to Federal Aviation Administration (FAA) regulations, a Certificate of Authorization from the FAA is required to parachute into a congested area of a city, town or settlement.

The parachuters in the video have not been identified.

This isn't the first time we've seen a stunt like this fly.

Back in 1992, thrill-seeker John Vincent climbed the St. Louis Arch and jumped with a chute. He spent three months in federal prison, since it's a crime to climb or jump off the Arch. 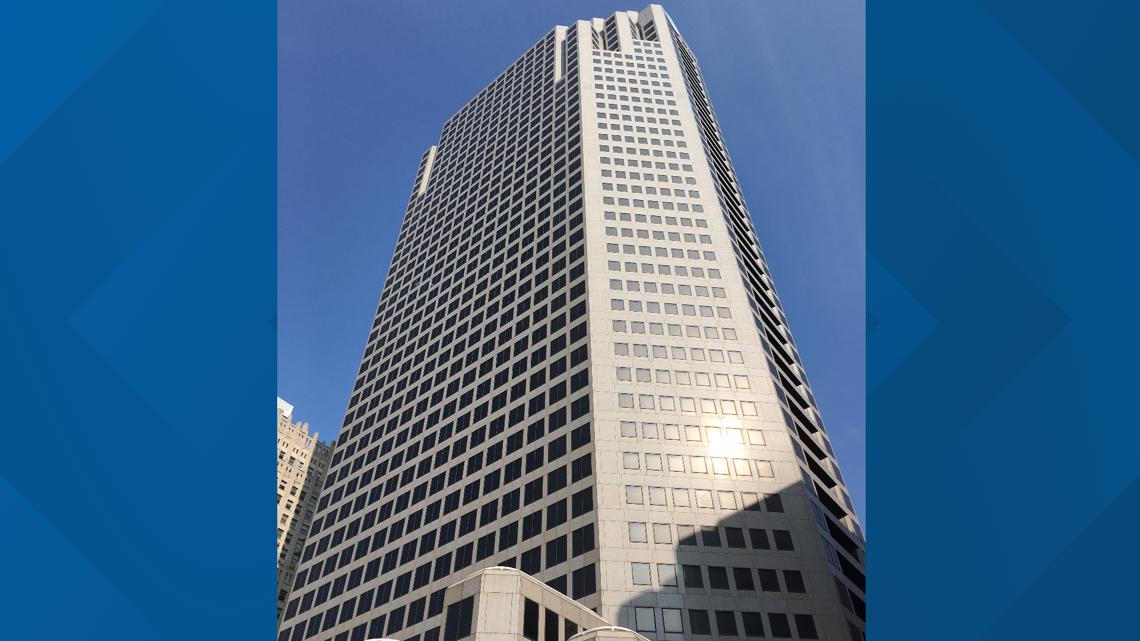 No deal: Sale of former AT&T tower nixed
ST. LOUIS - A deal to acquire the vacant former AT&T tower has been nixed, leaving the future of downtown St. Louis' largest office building once again in limbo. The 1.4 million-square-foot tower was sold at auction in April to an unidentified buyer, according to financial filings made to the bond investors who own the structure.

RELATED: Officials: man whose car was on fire punched 2 firefighters because he said they were taking too long to extinguish it

RELATED: 'They were wrong' | Man says St. Louis police wrongly arrested him because of his race