Videos and photographs show the couple pacing on their Portland Place property, periodically pointing the weapons at the crowd 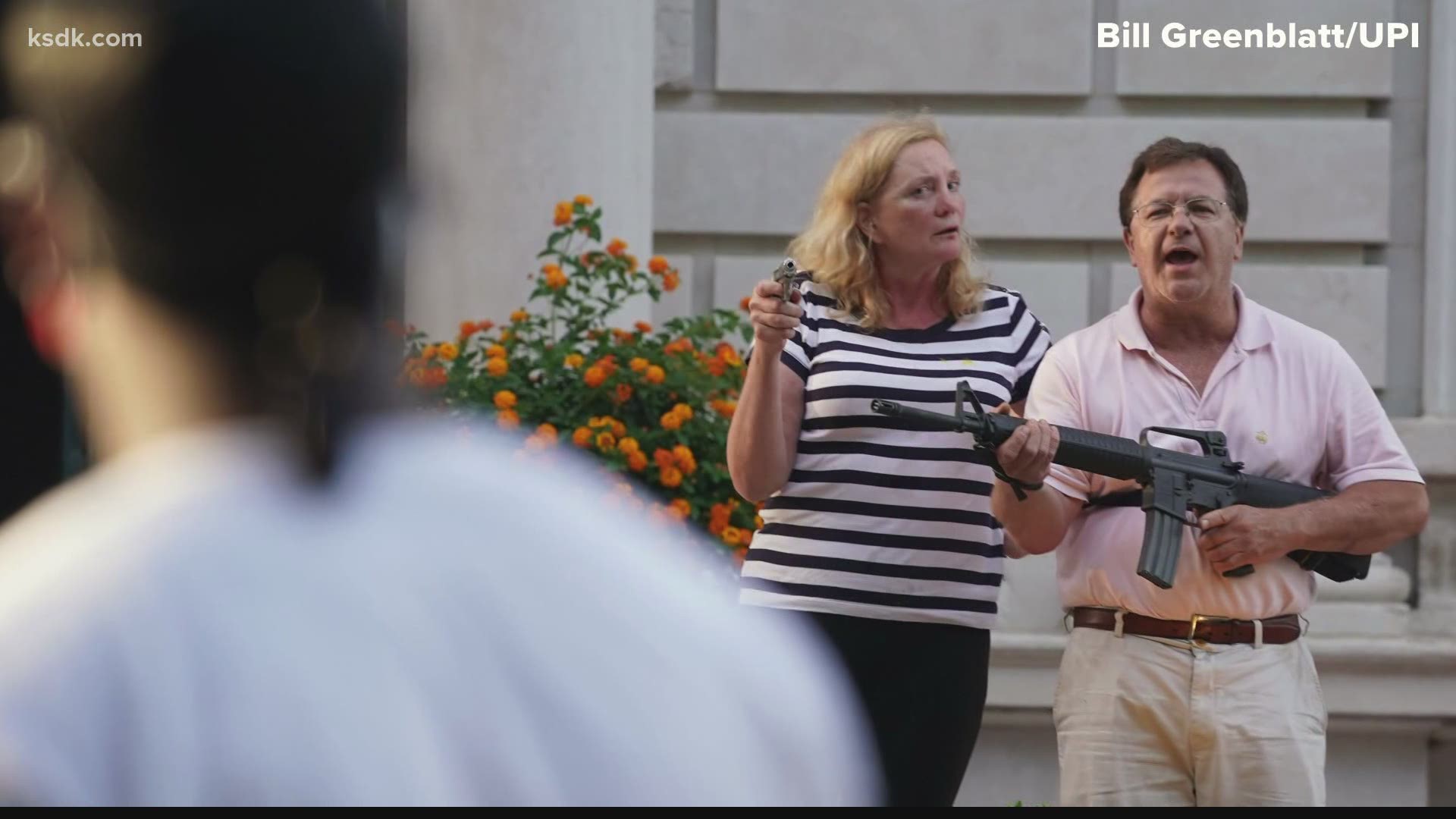 ST. LOUIS — When a crowd of protesters walked a nearly mile-long route to St. Louis Mayor Lyda Krewson's home Sunday night to demand her resignation, it is actually the actions of Central West End homeowners Mark and Patricia McCloskey that garnered the most national attention in the hours that followed.

Videos and photographs show the couple pacing on their Portland Place property, periodically pointing the weapons at the crowd as Mark McCloskley repeatedly yells at protesters to leave the private property.

"It was a huge and frightening crowd. They had broken the gate and were coming at us," Mark McCloskey told 5 On Your Side, explaining the videos that show him and his wife aiming a rifle and pistol respectively at the crowd.

But video from early in the incident shows a man holding open the left side of the gate while the right door is fully intact and upright.

Glamour organized the online petition calling for Krewson's resignation and attended the Sunday night protest, which Glamour said was organized by multiple groups.

Photos provided by the McCloskeys' attorney show the gate folded over after protesters left.

"She had her finger on the trigger pointing at people, shaking it around, and with the slip a finger she could have killed someone," Glamour said.

Mark McCloskey also told 5 On Your Side he only armed himself after protesters brandished weapons first, a claim organizers deny.

Glamour said any property damage would be counterproductive to the march's mission: getting the mayor to resign.

"Myself -- and a lot of organizers -- we were trying to make sure that the message was not going to be obscured," Glamour said.

RELATED: Protest organizers say there was no reason for homeowners to come outside with guns