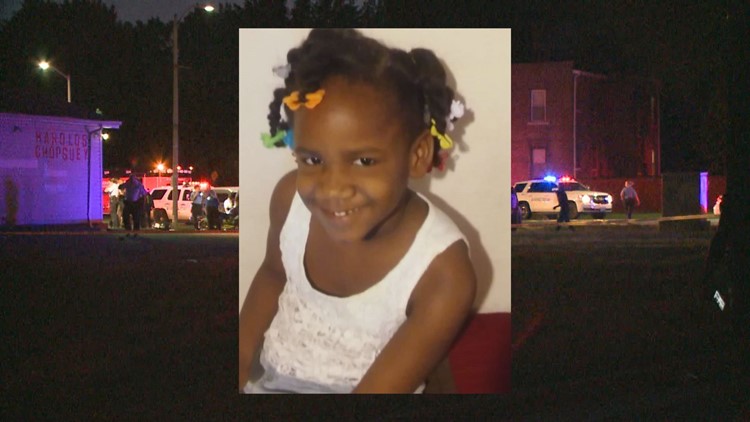 Vigil for 8-year-old shot, killed outside restaurant will be held Wednesday

ST. LOUIS — There will be a vigil Wednesday night for an 8-year-old girl who was shot and killed near Soldan High School last week.

Jurnee Thompson went to the football jamboree Friday night and then to get food.

As she stood outside, she was shot. Thompson was pronounced dead at the hospital.

Two 16-year-old boys and a 64-year-old woman were also found suffering from gunshot wounds in the parking lot of Harold’s Chop Suey on Union Boulevard.

Police said following several football games at the school, numerous fights broke out as crowds of people were leaving.

Better Family Life said the vigil will be at Herzog Elementary School on Aug. 28 at 6 p.m.

Thompson’s dad said his daughter was like a young woman with an old soul.

Mayor Lyda Krewson and other St. Louis officials announced there is a $25,000 reward for any information that leads to the arrest of Thompson's killer, as well as for three other children killed in shootings recently in the St. Louis area.

RELATED: 21 injured or killed in violence this weekend in St. Louis