Potential riders are crossing their fingers the Hyperloop will one day become a reality in St. Louis. 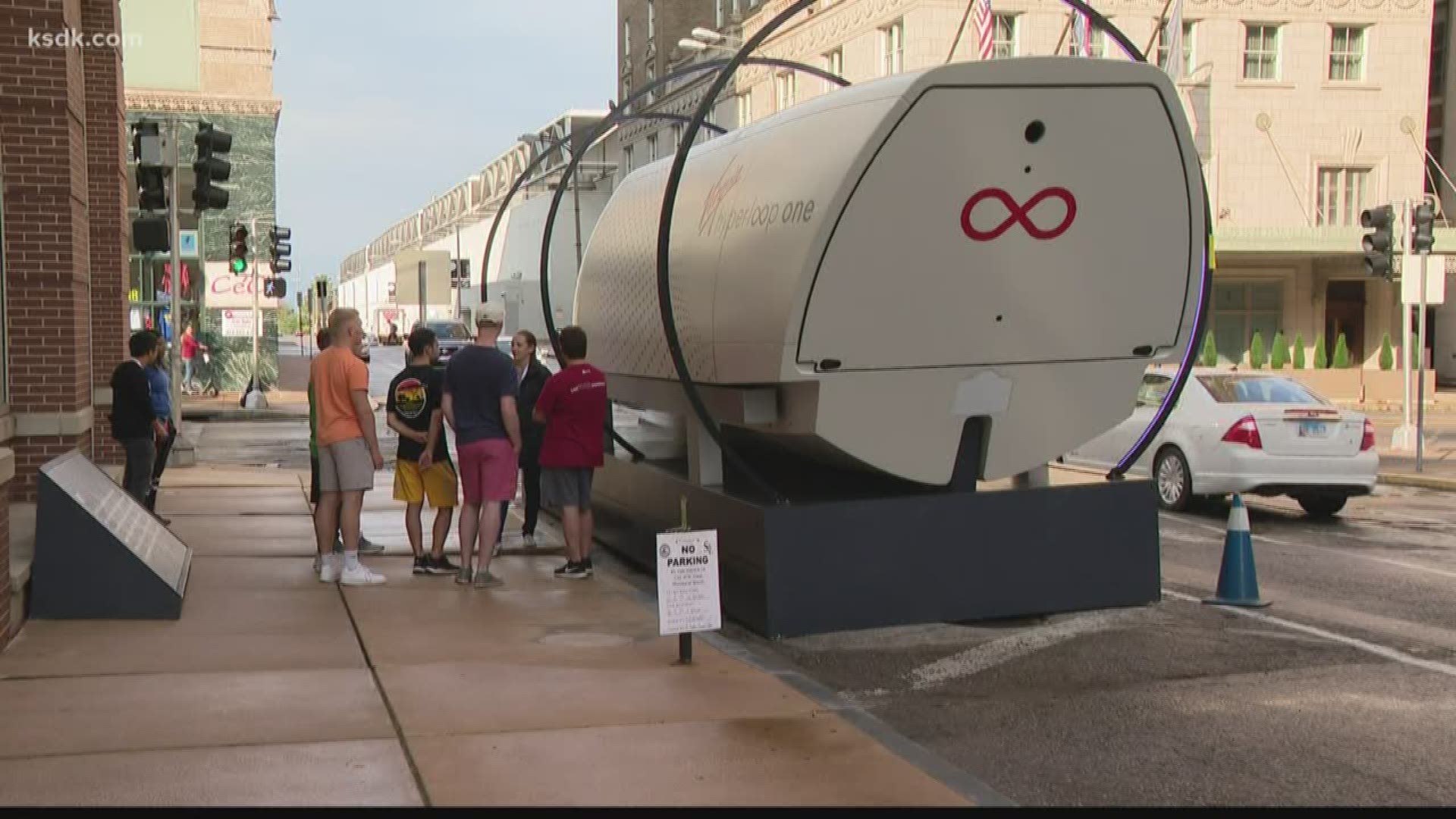 ST. LOUIS — It’s being touted as the first new mode of transportation in 100 years.

“Testing is done. It works. We are still working out funding and regulatory issues, but we are excited about it,” said Kristen Hammer, Manager of Business Development, with Virgin Hyperloop One.

Hyperloop One looks like something out of a Star Wars movie.

However, designers and engineers say the high-tech, super-fast vehicle will one day take people from St. Louis to Kansas City at lightning speed.

“On the St. Louis to Kansas City route, it's a 30-minute journey from here,” said Hammer.

Supporters say when Hyperloop One officially gets off the ground, a typical three and a half-hour trip from Kansas City to St. Louis will dramatically drop to as little as 28 minutes.

“That’s because we can go up to 600 miles per hour. People won’t be exposed to that. People will be accelerated or decelerated very gently. Less acceleration and deceleration than you feel when you’re taking a plane,” said Hammer.

Virgin Hyperloop One is currently criss-crossing the country, taking the huge test model to St. Louis and other cities.

“The one people will see near Washington and Eighth Street in downtown St. Louis is about three-quarters of the size of the actual vehicle," said Hammer. "We hope to connect the country and the world through a web of Hyperloops. Our goal is to get people to their destinations much faster."

Right now, St. Louis is high on the list for possibly getting a Hyperloop system.

From scooter riders to drivers, people are hyped.

“I would definitely take a trip on it,” said one man.

“Wow, that is really awesome I think,” said another woman.

A final decision should be announced by mid-2020.