It's getting harder for rural areas to keep volunteer firefighters 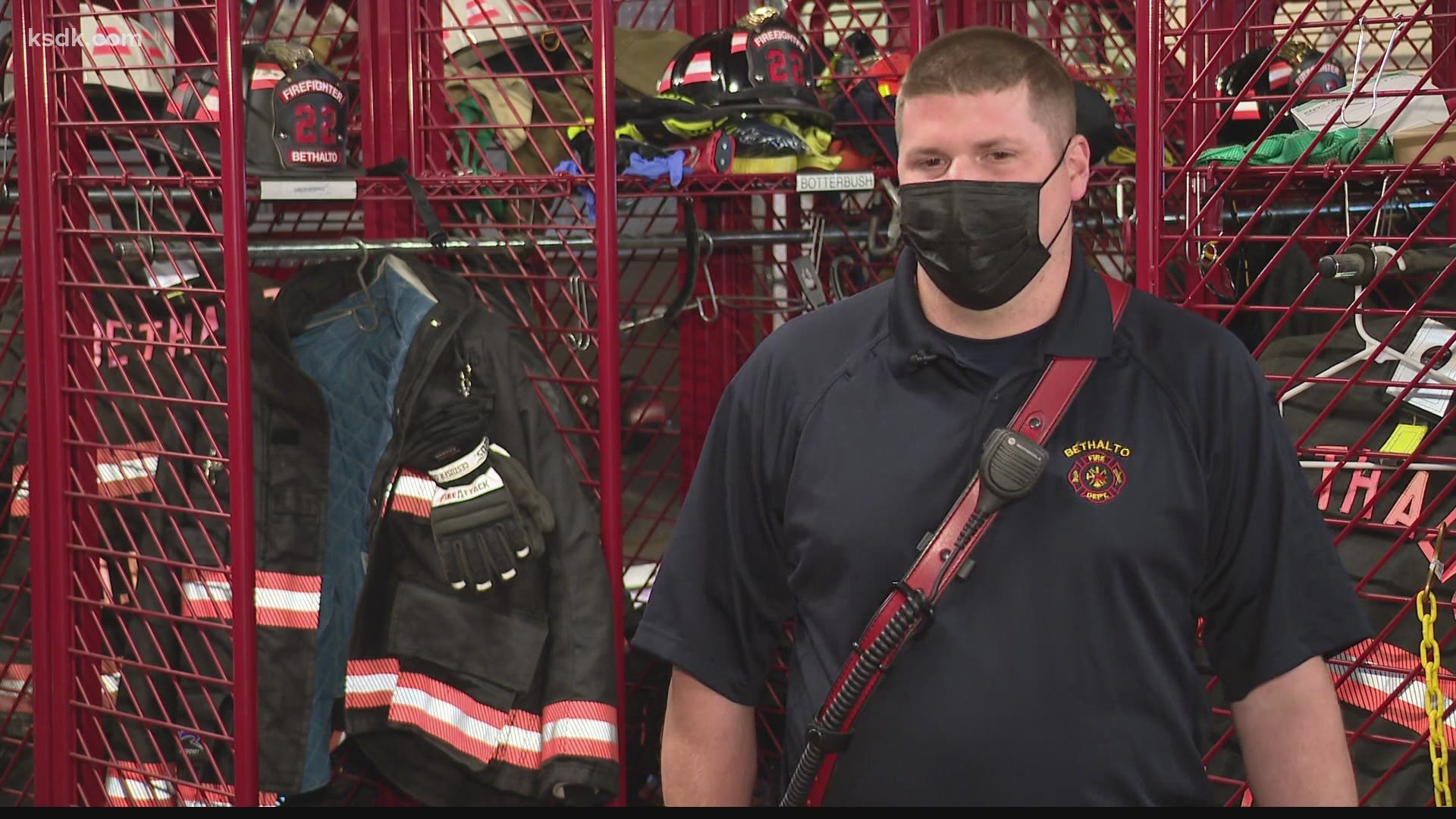 BETHALTO, Ill. — No one really thinks of being a firefighter as a hobby, but that's exactly how Jeffrey Bruns sees it.

"I never see myself unplugged from the fire service," said Bruns. "Once you're in it, it's like a lot of hobbies. You're in it for life."

Bruns started his interest in firefighting when he was just 16 and could join an explorer program. At age 18, he became a firefighter. Fast forward more than a decade later, Bruns is working full-time on the railroad and spending roughly 12 or more hours a week at the Bethalto volunteer fire department where he serves as the president of the volunteer board.

"Keeping everybody plugged in is the big thing because everybody's lives are so busy," said Bruns.

That's partly one of the reasons why fewer people are volunteering, said Bethalto's chief Brian Buhs. He has served with the department for 15 years and just took over as the new chief. He said he's lucky to get paid less than full-time status for his service.

"I don't know that people look for as many volunteer services like they used to back in the day — or at least that's the way it feels," said Buhs. "I mean, definitely, if you make a commitment to be up here, it requires a lot of time."

Buhs said the volunteers train every Monday. They also run about 120 to 130 calls a month, and every year average 100 more calls than the previous year.

Widespread national reports show there has been a downward trend in volunteer firefighters for years, especially in rural areas. This means when there's a sizeable fire, it often takes several smaller fire departments working together in mutual aid to put out the flames.

That's what happened on Mother's Day when a Madison County, Illinois, fencing business burned down. At least five small fire departments worked together, and firefighters on scene complained about the lack of volunteer firefighters on hand.

"That's what we have to do to be able to have enough manpower to fight really any size fire we get," said Bruns. "It's tough to have a full crew anymore."

These volunteer firefighters are working more than fires. They are often their community's only response to emergency medical calls or car crashes. Chief Buhs said 90% of calls are related to EMS.

"When someone dials 911, it's an emergency," said Buhs. "They expect somebody to be there and to help them when they call."

Buhs said he remembers better times at the department when there were roughly 45 volunteer firefighters and a waitlist. Today, there are just 17, and Buhs said they are always looking for recruits.

Those volunteer firefighters also do more than fight fires and answer EMS calls. They are also running community outreach and fundraising campaigns. Buhs said the department is lucky to have some funding from the Bethalto village, but firefighters still have to host a fundraiser each year to pay for new equipment or building upgrades.

In 2020, the pandemic broke the Bethalto Homecoming's 100 year streak when it canceled. That meant the fire department was unable to raise money for something it needed.

Despite the challenges and the jokes of being a glutton for punishment, Buhs said there's no better way to serve his community.

"I enjoy being invested in the community where I live," said Buhs. "If I can serve my community, it's the least I can do."

And there are incentives. Bethalto is fortunate to have some paid, part-time positions, and it also can incentivize volunteers by paying them quarterly for the amount of runs they accept. What the department lacks in manpower, it certainly makes up for in heart.

"I think no matter what, I'll be involved in a department--somehow, some way," said Bruns.

To learn more about becoming a volunteer firefighter in Bethalto, click here.