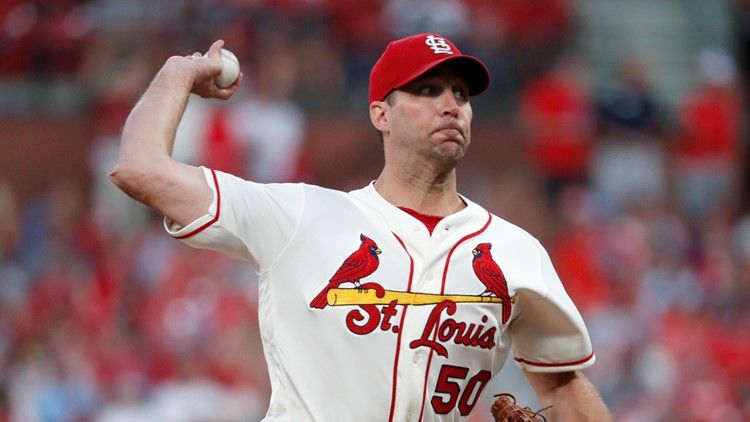 ST. LOUIS (AP) — Adam Wainwright gave up a home run on the first pitch of the game but not much else, and the St. Louis Cardinals beat the Pittsburgh Pirates 3-1 Saturday night.

The contending Cardinals won their second in a row after ending a five-game losing streak.

Wainwright (8-8) allowed six hits, including the home run by Adam Frazier, and struck out eight in six innings. He improved to 6-2 this season at home.

Giovanny Gallegos pitched 2 1/3 innings of scoreless relief before yielding to Carlos Martínez, who got two outs for his 12th save in 15 chances.

St. Louis made it 1-all when Ozuna grounded into a double play with the bases loaded and no out for the second straight night in the bottom of the first.

St. Louis has not committed an error in a season-best eight consecutive games for its best stretch since going 10 games without a miscue from June 10-20, 2017.

Pirates: C Francisco Cervelli has been cleared to return to catching and will begin a rehab assignment with Double-A Altoona Sunday. He has not played since suffering a concussion on May 25 against the Los Angeles Dodgers.

Cardinals: OF Tyler O'Neill received an injection in his left wrist as he continues to recover from a strain that sent him to the injured list retroactive to Aug. 1. Cardinals manager Mike Shildt expects O'Neill will go out on a rehab assignment once the injection takes effect Monday or Tuesday.

Pirates LHP Stephen Brault (3-1, 4.09 ERA) opposes Cardinals RHP Miles Mikolas (7-12, 3.94) in Sunday's series finale. Brault is 2-0 with a 3.35 ERA in 10 starts this season and will be making his second start since being activated from the injured list. Mikolas is 2-3 with a 1.59 ERA and has not allowed more than two runs in any of his five career starts against Pittsburgh at Busch Stadium.