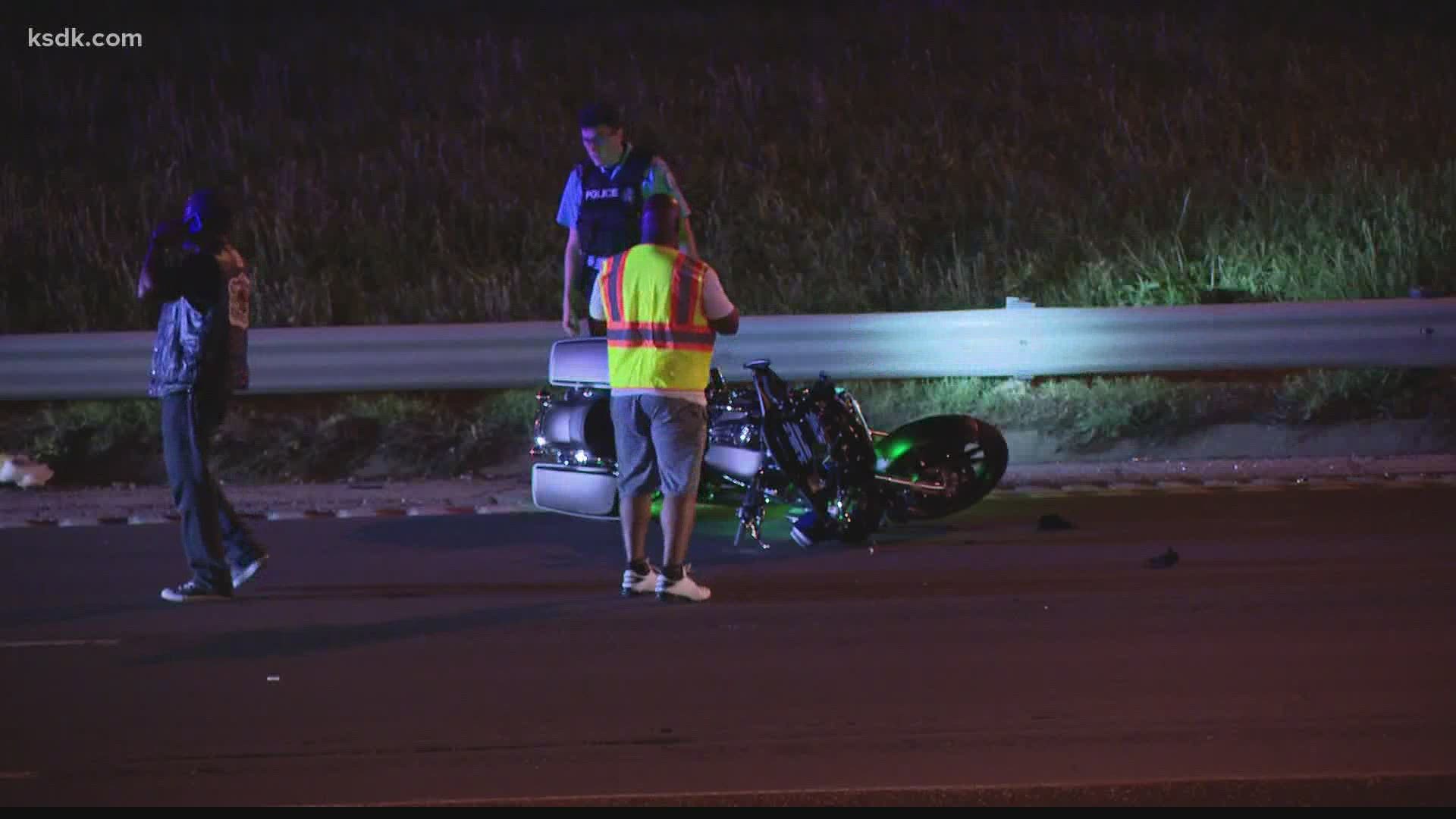 ST. LOUIS — A man who died after he crashed his motorcycle into a MoDOT truck Saturday evening has been identified.

According to the St. Louis Metropolitan Police Department, a MoDOT truck was stopped on I-70 removing an item from the roadway shortly after 9 p.m. when a motorcycle hit the rear of the truck.

The driver of the motorcycle was rushed to a hospital, where he later died. The Missouri State Highway Patrol identified him as 55-year-old Jimmie Watkins of Florissant.

The truck had its emergency lights on when the crash happened, MSHP said.

The crash closed all westbound lanes for a few hours I-70 Saturday night.

RELATED: I-170 reopens in St. Louis County after semi-truck crash