"As I say to my husband all the time, arrive alive," Hill-Lowe said. "Thank goodness he put his vest on that day." 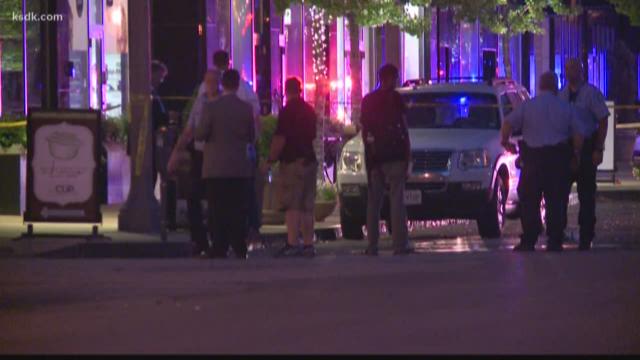 He and his wife credit his bulletproof vest with saving his life.

Thursday, on the day two Bellefontaine police officers were shot, Lowe’s wife Kelli Hill-Lowe went back to the scene to talk about the importance of body armor.

“This is actually where my husband was shot at, right at this very spot,” Hill-Lowe said in the post.

Sergeant Lowe was working a side job, providing security in the Central West End. A group pulled up next to his car and fired. Lowe fire back and was able to chase the gunmen and get a description.

“To all the citizens that are watching, just to take a moment to say how crucial it is to demand their officers have the best vests they can possibly have,” Hill-Lowe said.

Sergeant Lowe had previously said that he had taken his vest off because it was hot, but decided to put it back on minutes before he was shot.

“As I say to my husband all the time, arrive alive,” Hill-Lowe said. “Thank goodness he put his vest on that day.”