It's a part of the elight elimination project that also plans to clean up 130 vacant lots for residents to enjoy. 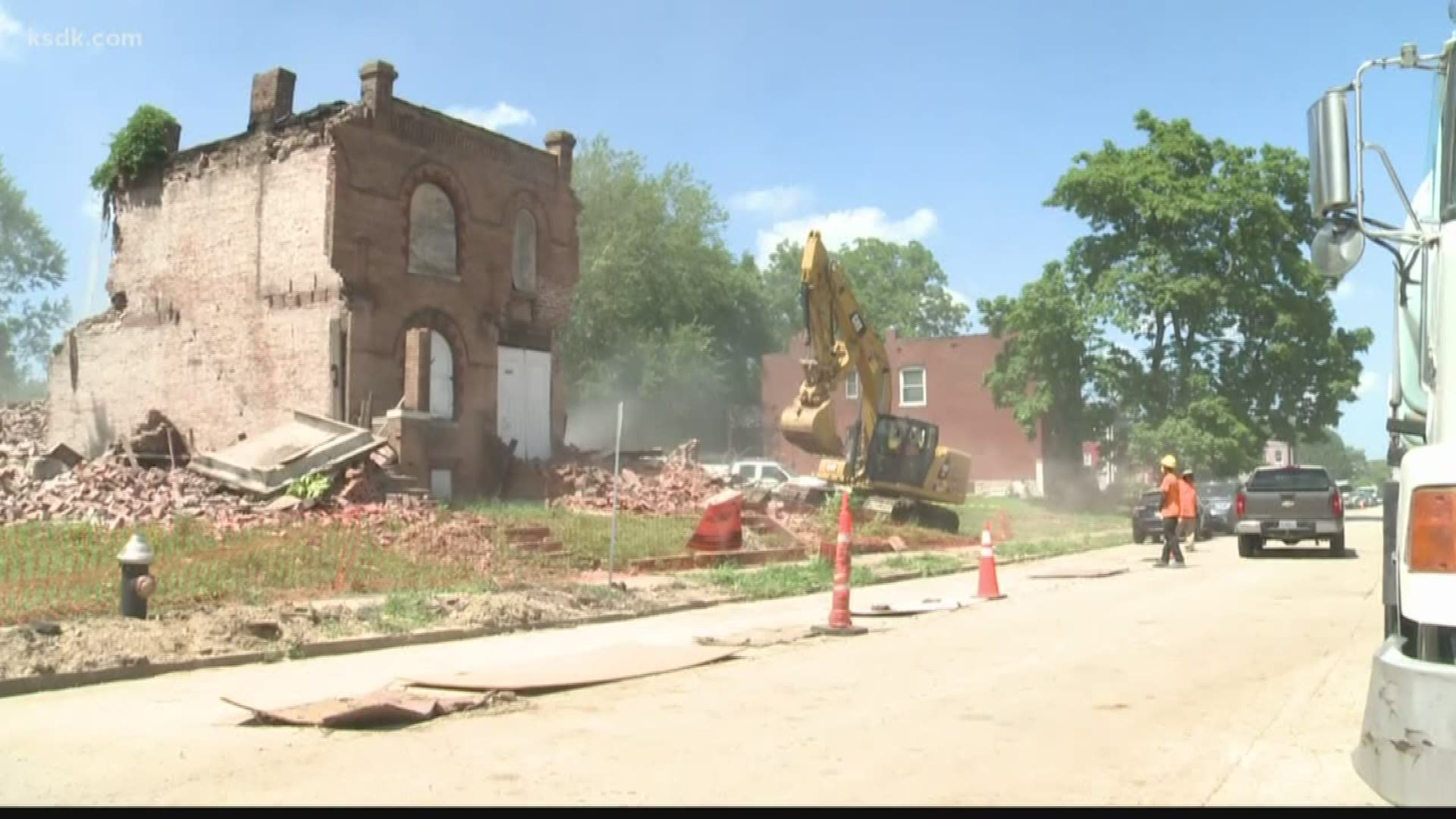 ST. LOUIS — The Wells-Goodfellow neighborhood in St. Louis is undergoing a much needed transformation as part of a new Blight Elimination project.

The goal is to demolish 30 abandoned buildings in three days between Cote Brilliante Avenue, Maffitt Avenue, Clara Avenue and Belt Avenue. In addition,130 vacant lots will be cleaned up for residents to enjoy.

Henry Davis has been waiting for this day for a long time.

He's lived in St. Louis all his life, and over the years he's watched the number of abandoned homes grow.

"There was a family in every house. There was maybe one vacant building on the block," Davis said. "And as I got older, people started leaving, crime started increasing and all of these vacant properties just started showing up."

Davis is a volunteer for the St. Louis Blight Authority. The group works to improve neighborhoods like Wells-Goodfellow by eliminating abandoned properties and cleaning up vacant lots.

"It's not just one, it's not just two, we're talking about four city blocks where we don't have to worry about our daughters and our kids being snatched up and taken into these buildings," Davis said.

The Blight Elimination Zone project is modeled after a similar one in Detroit. It's a partnership with Businessman Bill Pulte, who founded the Blight Authority in his hometown of Detroit, with St. Louis native and Twitter and Square Co-Founder Jack Dorsey and the City of St. Louis.

Abandoned homes have long been a problem in St. Louis -- a $70 million problem with some 7,000 vacant properties. But officials believe that in time it can be solved with programs like this one.

Dorsey said residents will ultimately decide what to do with the vacant lots and that it's important to have a blank canvas to imagine.

"And that's what today is. But it's not about today it's about what we can build," Dorsey said. "And again, ideally the city gives the rights and those rights to the community as they did with Detroit. And this is the model that inspired me in the first place to work with Bill and the Blight Authority.”