Restaurant owners are giving a percentage of their profits from the weekend to fallen Lance Cpl. Jared Schmitz's family 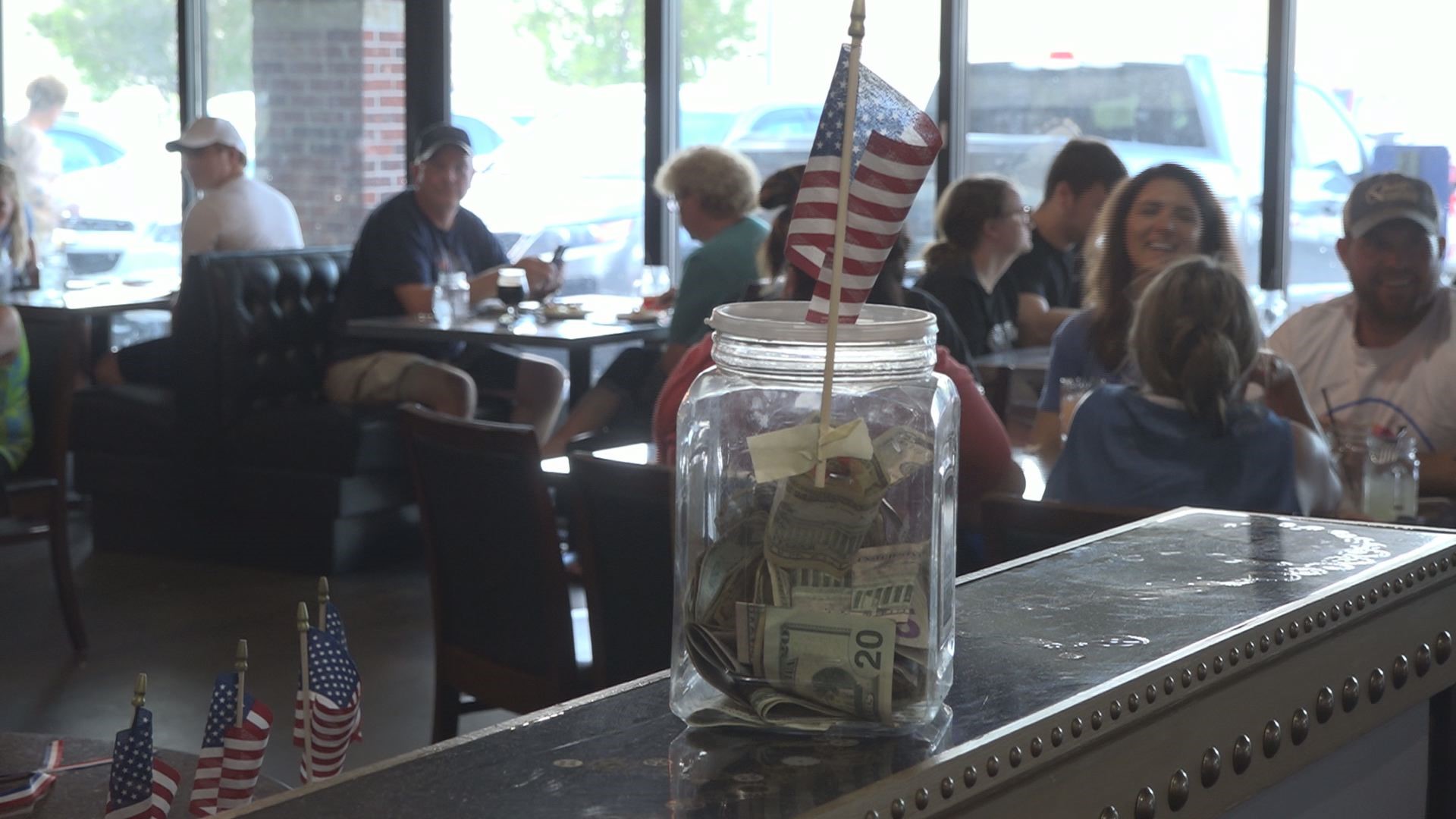 "It's important because Jared — somebody from our hometown — paid the ultimate sacrifice for our freedom and for the freedom of the people in Afghanistan," said restaurant general manager Michelle Hanson.

She's leading efforts to raise money for the Schmitz family with a portion of their profits.

"We're donating 20% of all of our sales this weekend, Friday through Sunday, and we're open for brunch, lunch and dinner all weekend. It counts on to-go (orders and) it counts on our general sales," Hanson said.

Five minutes away, the Friendship Brewing Co. is one of about 10 other local businesses donating a percentage of their sales to the Schmitz family.

"Not just a percentage of our proceeds. What I intend to do is run reports at the end of the weekend and establish my break-even point, and then all of those profits will go toward this cause. I don't need to make money on this circumstance," owner Brian Nolan said.

Nolan can relate to a loved one making the ultimate sacrifice. His grandfather served in the Army and was killed in the Philippines a week before he was supposed to come home.

"We're huge supporters of Armed Forces, and that just really took it to another level of agony for our community and for that young man and his family," Nolan said.

Hanson and Nolan aim to raise a few thousand dollars to give the Schmitz family in addition to the support from neighboring businesses.

"This community, Wentzville, takes care of its people," Nolan said.

"I cannot put into words how much we appreciate and want to honor their son. Nothing we can do can replace their loss, but we'd like to try to help in whatever way we can," Hanson said.

Nolan also donated $1,000 to the Andrew's Hugs Foundation, which is raising money to build a statue in Schmitz's honor.