‘We're letting them see for themselves’ | A look inside the ‘Workhouse’

"I'm not suggesting that we don't have problems in this building," Edwards said. 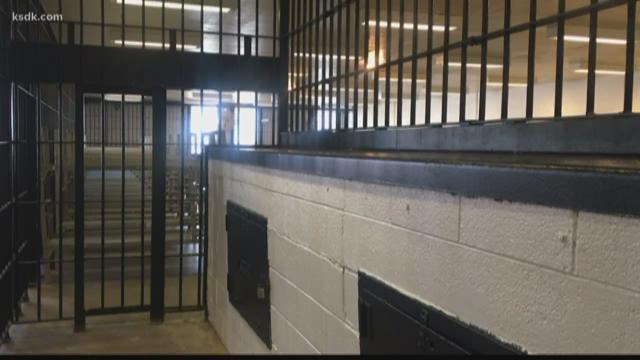 ST. LOUIS – In the summer of 2017, 5 On Your Side aired video of inmates waving through a window and yelling for help at the Medium Security Institution also known as the “Workhouse."

Since then, attorney Elad Gross has filed three lawsuits on behalf of former inmates. They describe conditions at the "Workhouse" as terrible.

"It is important that the City of St. Louis is always transparent," Edwards said.

Edwards led the tour with Dale Glass, the corrections commissioner.

"We take great pride in making sure that it's clean, that the inmates are treated humanely," Glass said.

While the group of journalists looked around, two inmates complained about conditions.

"Are you seeing how horrible this place is? I mean, it's a condemned building," one inmate said.

"That's why we're letting them see for themselves," Edwards responded.

"You're not showing the truth about it," the inmate added. "There's rats running all over the place, getting in our food."

"Even if there's an allegation made by an inmate, pest control comes here and checks it out," Glass said.

The building can hold 1,138 inmates. Wednesday, 545 inmates were there.

"I'm not suggesting that we don't have problems in this building," Edwards said.

Not every part of the building has air conditioning and last summer was exceptionally hot, which sparked protests.

"This year, we'll have the temporary air and probably next year," Glass said.

Seventy-two of the inmates are women. Glass and Edwards said all of their pods have AC. The gym, however, does not have AC. Wednesday, there were around 50 men in there.

"The fact that we run programs, and that the inmates are engaged, they're able to go to the gym, we have training programs for them, we find employment, we try to place them in the community and help them stay there? That's inconsistent with what people have been saying," Glass said.

In the kitchen, inmates get hands-on training. They bake 4,800 meals a day for the entire jail system, which includes the Workhouse and the St. Louis City Justice Center downtown.

"Reintegration into our community is very important," Edwards said. "So, it begs to question, do we want to put them back into the same neighborhoods with the exact same problems that they had on the front end? Or have we done something to enhance or to add value to their lives that's positive?"

This August, there will be a bond proposal. If passed, it would cover the cost of permanent air conditioning for the part of the building built in the mid-1960s, which doesn’t have AC right now.