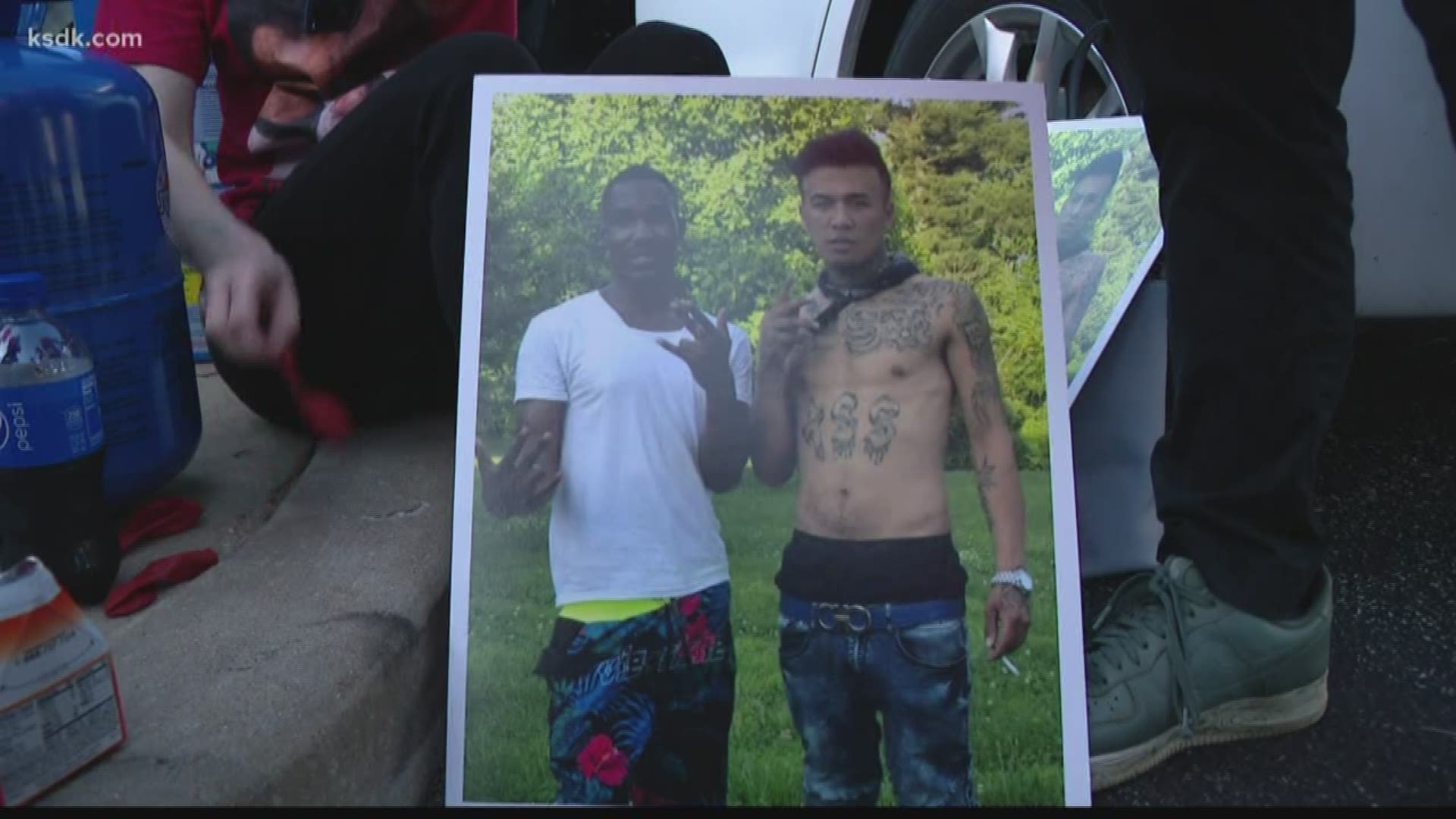 CLAYTON, Mo. — On Aug. 31, a 23-year-old man was shot and killed by police in St. Louis County after a foot chase that started in the Saint Louis Galleria.

Here is what we know so far about what happened,

The man killed in the shooting has been identified as Terry Tillman.

Granda said a security guard at the Galleria was notified a man inside the mall was ‘potentially armed’ and then he told a uniformed Richmond Heights police officer. The officer then tried to contact Tillman, but he ran. The foot pursuit ended at Simmons Bank and that’s when an officer shot Tillman. The officer who fired his gun is 50 years old with 23 years of experience, Granda said.

Granda did not know how many shots were fired. He did not know if Tillman pulled out his weapon or if he fired any shots.

“It’s premature to answer that, but those are great questions,” Granda said.

A weapon was recovered from the scene.

5 On Your Side has reached out to officials every day since the shooting.

An employee who works at Build-A-Bear Workshop said the mall didn’t tell them. She said she found out there was a shooting afterward, when a relative of another employee called the store to ask if everyone was OK.

On Sept. 1, a spokesperson from the Galleria sent 5 On Your Side the following statement,

‘While it is against our company policy to publicly disclose our security procedures, St. Louis Galleria has a robust security program in place that includes a partnership with law enforcement. Regarding yesterday’s incident, we responded swiftly to information as it was given to us by the Richmond Heights Police Department. The events unfolded quickly and were no longer on our property which is why there was not a need to evacuate the shopping center. We were in communication with our tenants as there is nothing more important than the safety and well-being of our shopping center community.’

A vigil was held for Tillman outside of Simmons Bank on Sept. 1.

On Sept. 2, 25 demonstrators met at the Galleria. They marched through the mall and then left the property. The demonstrators made their way to the intersection of Brentwood Boulevard and Clayton Road and blocked north and southbound lanes for about 5 minutes, police said.

The group returned to the Galleria where management advised them that they were no longer allowed on the property. Police said when they refused to leave, the Richmond Heights Police Department gave them an order to disperse. The group then moved onto Brentwood Boulevard at Galleria Parkway where they stood and blocked the intersection. After approximately 12 minutes they were ordered to disperse.

Two members of the group remained on the roadway, refusing to move, and were arrested.

On Sept. 3, a spokesperson for the St. Louis County Police Department said ‘The investigation remains very active. This was an extensive scene to process and review. We hope to release additional information later this afternoon.’

A press conference was held at 7:15 p.m. St. Louis County Police Department spokesperson Granda said Tillman had his firearm raised when he was shot by a Richmond Heights police officer. 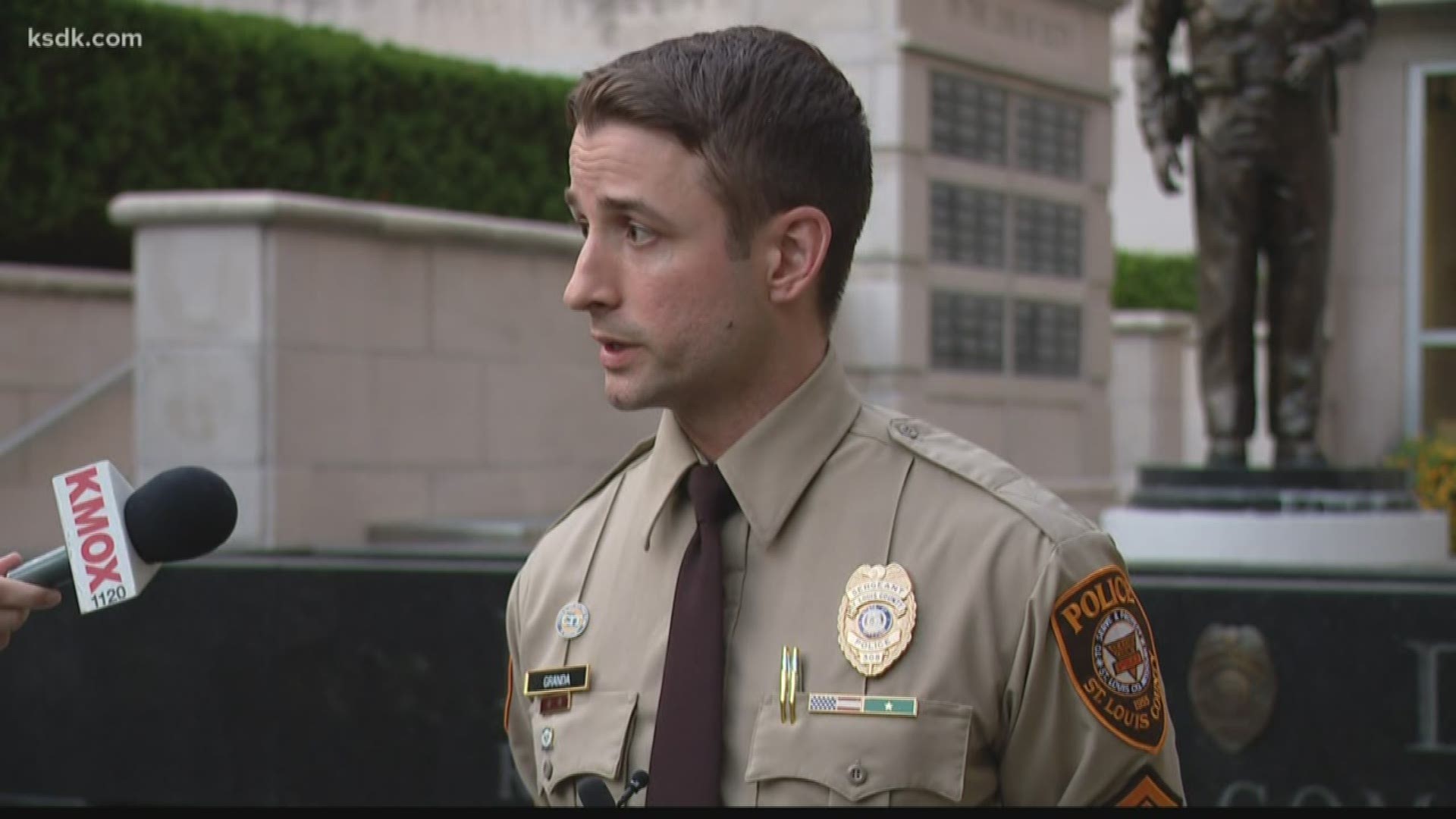 ‘I want to share an update, directly with the community, on the officer-involved-shooting of Terry Tillman that happened near the Galleria mall this past Saturday. In tragic cases like these, it is important to understand that the need to inform the public has to be balanced with ensuring the integrity of the investigation. Members of my team and I were at the scene Saturday afternoon and continue to monitor the investigation. We are receiving constant updates; and I am confident that everything that needs to be done is being done. I am fully aware of how sensitive this issue is and I want to assure all residents a thorough and detailed investigation is being conducted. I ask for patience as this process unfolds and I will update the community as more information becomes available.’

RELATED: Man shot and killed by police after foot chase that started inside St. Louis Galleria