What you can do to keep your children safe on apps

Julie Smith is an instructor at Webster University. Her first piece of advice: read the often-ignored terms of service, especially on Snapchat. 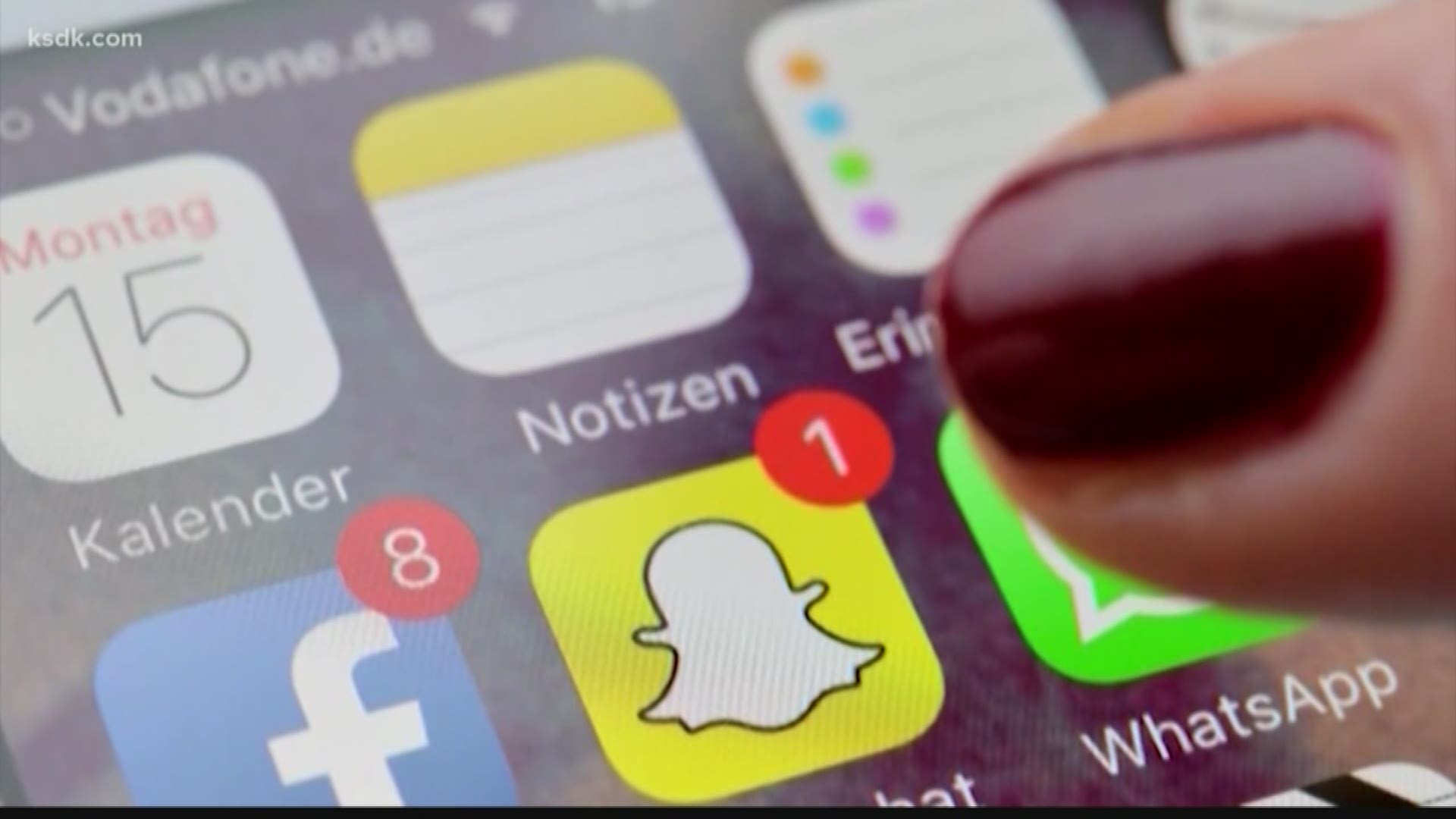 ST. LOUIS — A 19-year-old man is accused of raping six girls he met on social media.

Dominic Yocco is not in police custody.

The St. Louis County Police Department said the girls victimized by Yocco were known to him at the times of the incidents, which occurred between Nov. 17, 2016 and July 3, 2018. Police said Yocco found the girls on Snapchat.

Stories like these are hard to stomach when you know your kids are using Snapchat.

"A lot of people are going to overreact and go with the knee-jerk response that all social media are terrible,” Julie Smith said.

Julie Smith is an instructor at Webster University. She calls herself a social media apologist and she travels the world teaching students, parents and teachers how to be smart on apps.

"It's my hope that stories like this will really encourage parents to have conversations with their kids,” she said. "Let's coach them, like, we know they're gonna be online. Let's coach them so they can do it really well and safely and effectively.”

Her first piece of advice: read the often-ignored terms of service, especially on Snapchat.

"When we agree to their terms of service, we have given them license to use our material for advertising and marketing purposes, so when kids assume their photos on Snapchat disappear, they don't actually,” she said.

She also encourages everyone to do their research on followers they don't know.

"Have them investigate the photo - profile photo of the person they’re talking to,” she said.

Copy and paste it into a Google image search to see if they are who they say they are.

And Julie says kids need to take time to reflect.

"Kids know in their gut when their situation isn't right and we want to give them the confidence and courage to speak up when they get that feeling,” she said.