Which St. Louis businesses will be able to open on May 18?

“Businesses have to provide PPE for employees and employees have to wear it if they’re public-facing," Krewson says 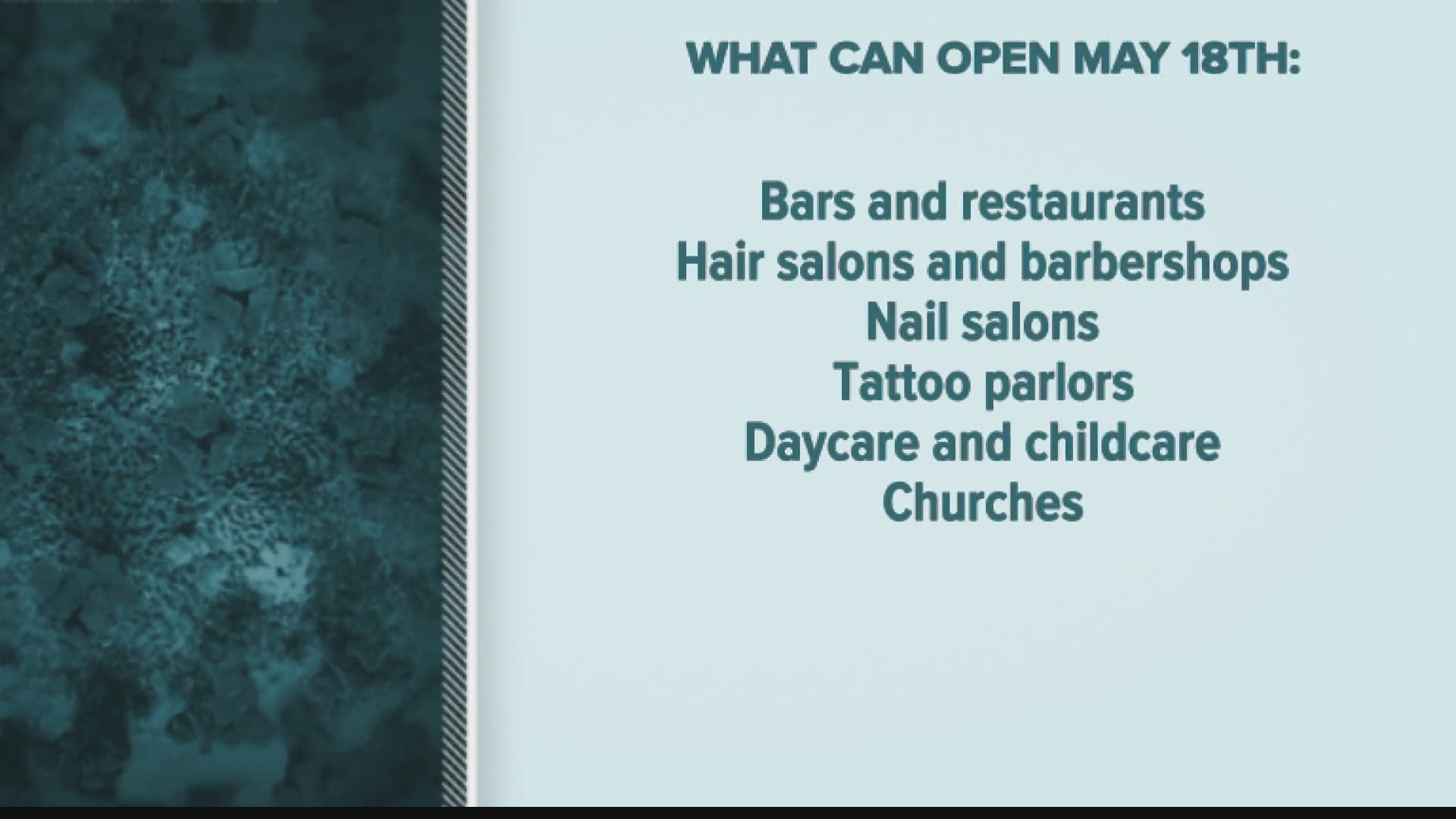 ST. LOUIS — Some businesses, including restaurants, retail and offices will be allowed to open on May 18, St. Louis Mayor Lyda Krewson announced during her briefing Friday afternoon. However, some must remain closed.

Gatherings of more than 10 people will not be allowed, she said.

Personal service businesses including barbershops, hair salons and nail salons will be allowed to open on that day, but there will be strict requirements, like disinfecting and masks.

“Businesses have to provide PPE for employees and employees have to wear it if they’re public-facing,” she said.

Churches will be able to open as long as people maintain social distancing.

Not all businesses will be allowed to open, though. That includes large sports and entertainment venues, museums and some of the area's most popular attractions, including the Saint Louis Zoo and Saint Louis Science Center.

Gyms and fitness centers will not be allowed to open.

"We think gyms will have to remain closed in phase one," she said.

Meeting rooms, banquet rooms and conference rooms will also not be able to open.

In addition, playgrounds, pools and sports fields will remain closed.

Krewson said an official public health order has been drafted but has not yet been released. Her administration is working with representatives who work in restaurant and hotel industries and offices to fine tune the new order.

"We thought it was important to engage the folks who work in this industry," she said.

To date, 85 people have died due to COVID-19 in the city. There have been 1,474 total cases and 91 people are currently in quarantine due to exposure, according to the city's website.

"We are carefully watching the number of people going into the hospital as a good metric," she said.

Friday, St. Louis County Executive Sam Page announced more details and released the public health order that would allow small gatherings and some businesses to reopen on May 18. 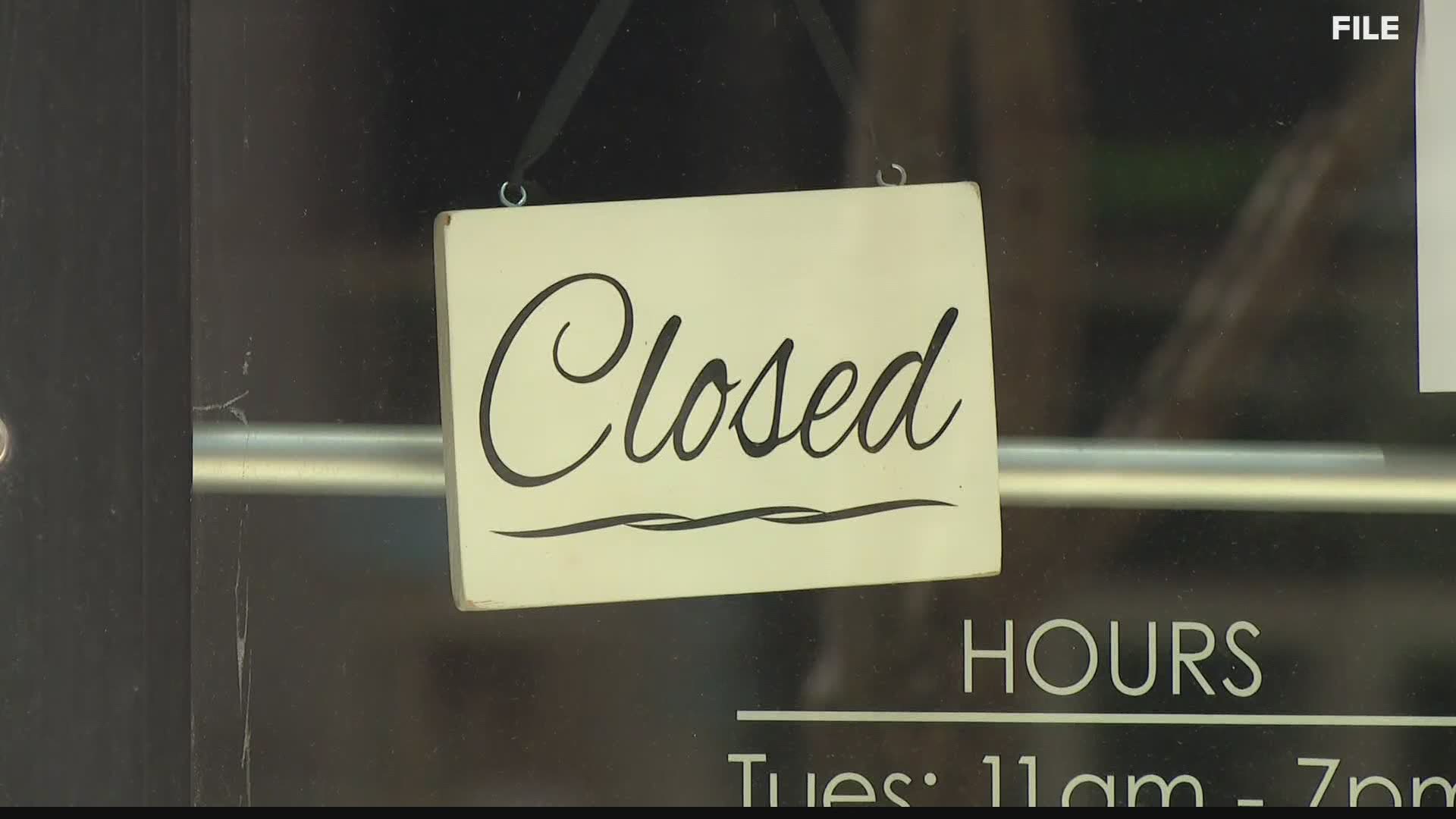 WHAT BUSINESS OWNERS ARE PLANNING

But not all businesses that are allowed to open will.

The owner of 13th and Washington, a salon in downtown St. Louis, said she doesn't expect to open until June. She's hoping the city issues more detailed safety guidelines, and she needs to stock up on supplies to make sure she can keep her employees and customers safe.

"Prepare for the unknown," Kristen Linares said. "It's like we're going into space. We don't know what to expect."

Many restaurants are also planning to stay closed for the time being. Both Crown Candy Kitchen and Mission Taco told 5 On Your Side they're going to wait before opening their doors to the public.

But the owner of Wheelhouse and The Midwestern said he is planning to open later in the week of May 18, with major modifications.

"We're going to be using a reservation-only system with two-and-a-half hour time blocks," owner Stephen Savage said. "We will then clean the entire venue before our next seating."

Savage said for an industry that's been hit hard by COVID-19, a modified opening is a welcome first step.

"I'm happy we're getting to this. It's a big stress relief off me and I'm sure other people in the industry," he said.

But even it isn't sustainable.

"We're starting to at least walk again, but we need to get running," he said.

Hey, St. Louis... I'm back with another edition of #LiveWithLyda, answering your questions and concerns. Send me your questions about COVID-19 and I'll do my best to answer them!

RELATED: St. Louis County to allow small gatherings, reopening of some businesses May 18