Who to call after a winter car crash

Tips from a St. Louis County woman who was stuck for hours 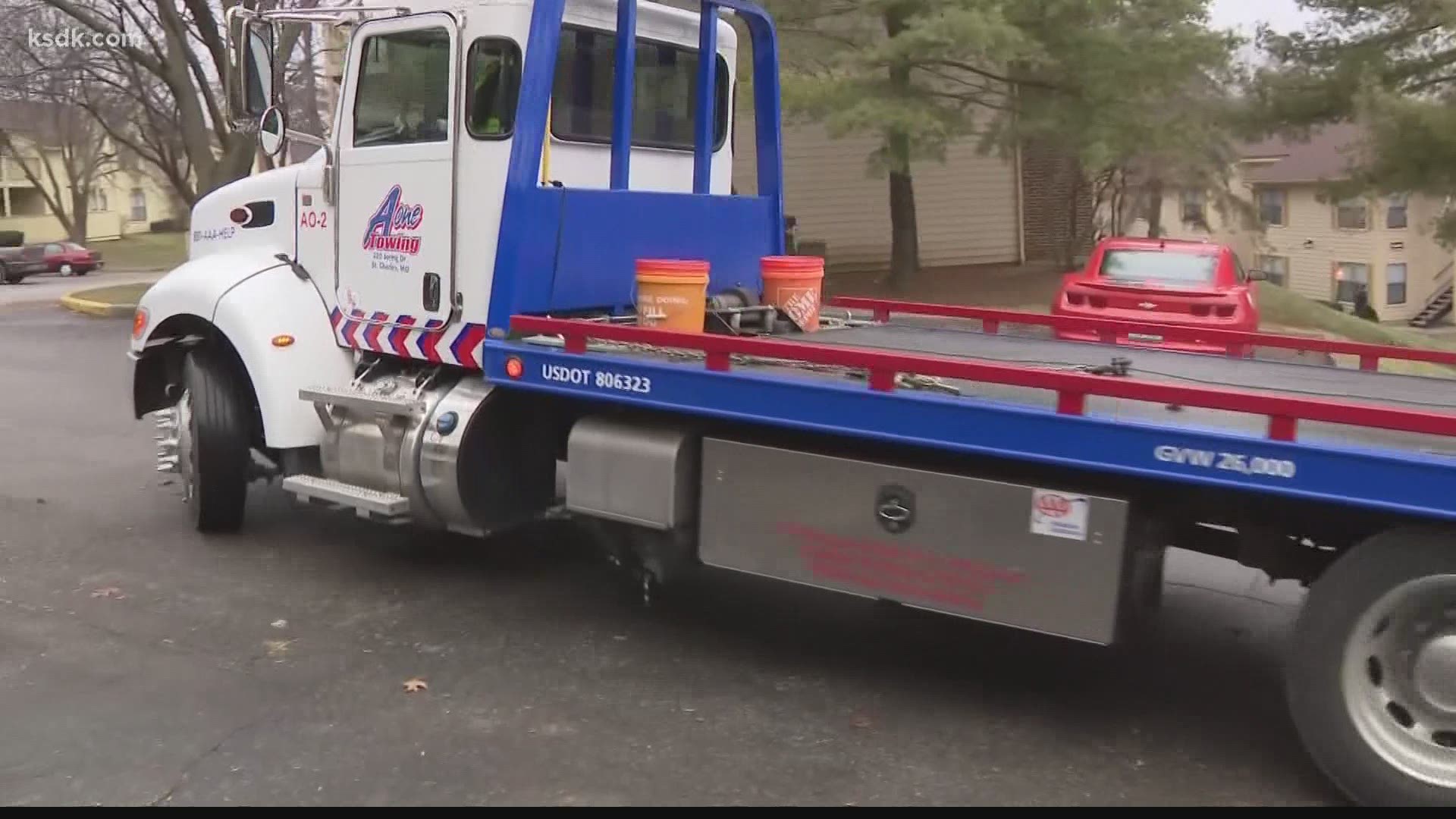 ST. LOUIS COUNTY, Mo. — Sliding off the road during an ice storm is scary. Sliding off and getting stuck for hours with no help is even worse.

"When I left it was dry. I knew there was a storm coming in, but nothing had been going on yet," St. Louis County resident Kelly Hoerner recalls. "It just started sleeting, icing right as I was leaving from my work. It didn't take long for the road to just become complete ice."

It was early February in 2018. Kelly Hoerner was driving her boyfriend's 4-wheel drive Toyota Rav4. She said at the time her tires were bald and needed replacing.

Hoerner says she was driving about 5 miles an hour, uphill when she hit ice. "I knew I was going off, you know you can just feel it."

Her traction light went off and she knew there wasn't much she could do. "I just put my foot on the brakes and tried to maneuver, to counter swerve so I didn't keep falling the way I was falling. I did get my front end turned around a little bit. It was quite a moment of panic."

Her car flipped over and came to rest on its side, feet from a steep drop off. Unable to get out of her car and worried about vehicles sliding off in the same spot, potentially hitting her, she called 911.

"The operator who picked up asked me if I was injured, I said no," Hoerner tells 5 On Your Side, "And he's like 'well, we have a lot of other people that we need to attend to first, so you probably just need to call a tow truck company,' and he gave me a couple numbers."

Because Hoerner told dispatch she was uninjured, her accident was deemed a non-emergency.

St. Louis County Police Officer Stephanie Ihring explains winter procedures. "When it comes to winter weather there's a little bit more leeway. If you are in a single-vehicle crash, meaning you are by yourself in that crash and maybe you hit a guardrail or a sign or you go off the road and your car is no longer operable, the best solution for you is to contact a tow truck."

Accidents of any kind are frightening, so to help determine if you have an injury, she offers this advice:

Kelly Hoerner called the tow operators dispatch gave her, but the local companies said they couldn't help her.

For her predicament, she needed a specialty tow truck and driver. AAA towing expert Jeff Martin explains why: "Say you're down a ravine a hundred foot, in a bunch of trees. We know not to send a flatbed. We are going to send a wrecker that has a twin line boom on it and maybe some snatch blocks and we'll be able to retrieve that with maybe some extension cables."

Martin says not all tow trucks have the same capabilities and not all drivers have experience with certain scenarios.

Kelly Hoerner did not have AAA or a roadside towing service, so she had to make calls to figure out which company could come help her. Eventually a driver in Pacific said he could come get her, but it would take about five hours to get there.

The tow truck arrived early, four hours after Hoerner called. She said it took a while, but the tow truck driver was able to right her car and pull her back onto the road.

"Felt a little sense of relief after I was back on the road, four tires on the floor," she said.

Four tires that were promptly replaced, decreasing her chances for a repeat slide off.

Hoerner was fortunate that because she was dressed for her outdoor job, she was wearing warm clothes. She also had a full tank of gas so she was able to run the heat off and on while she waited. However, always make sure that there is no snow blocking your exhaust pipe before running your car. 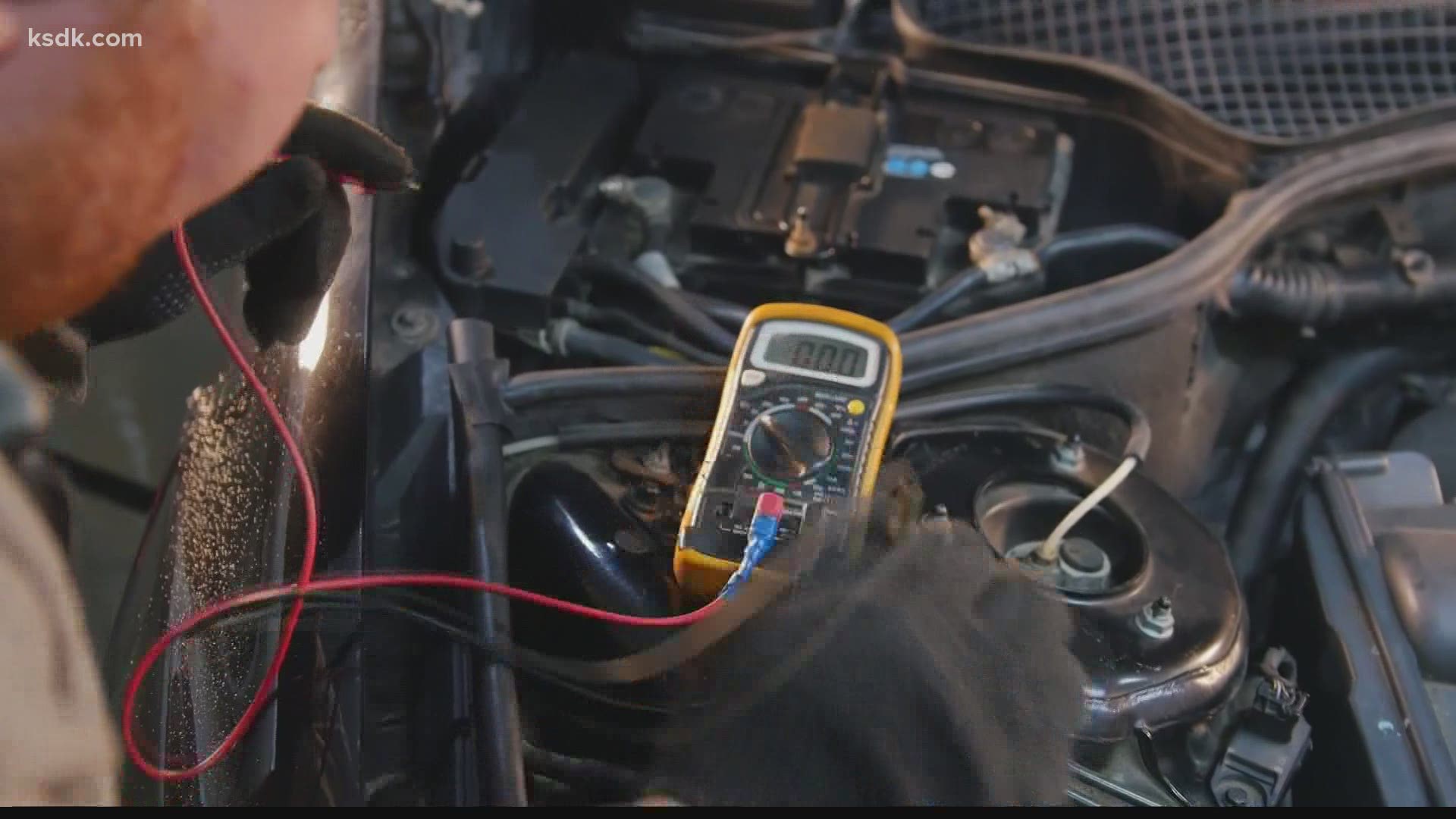