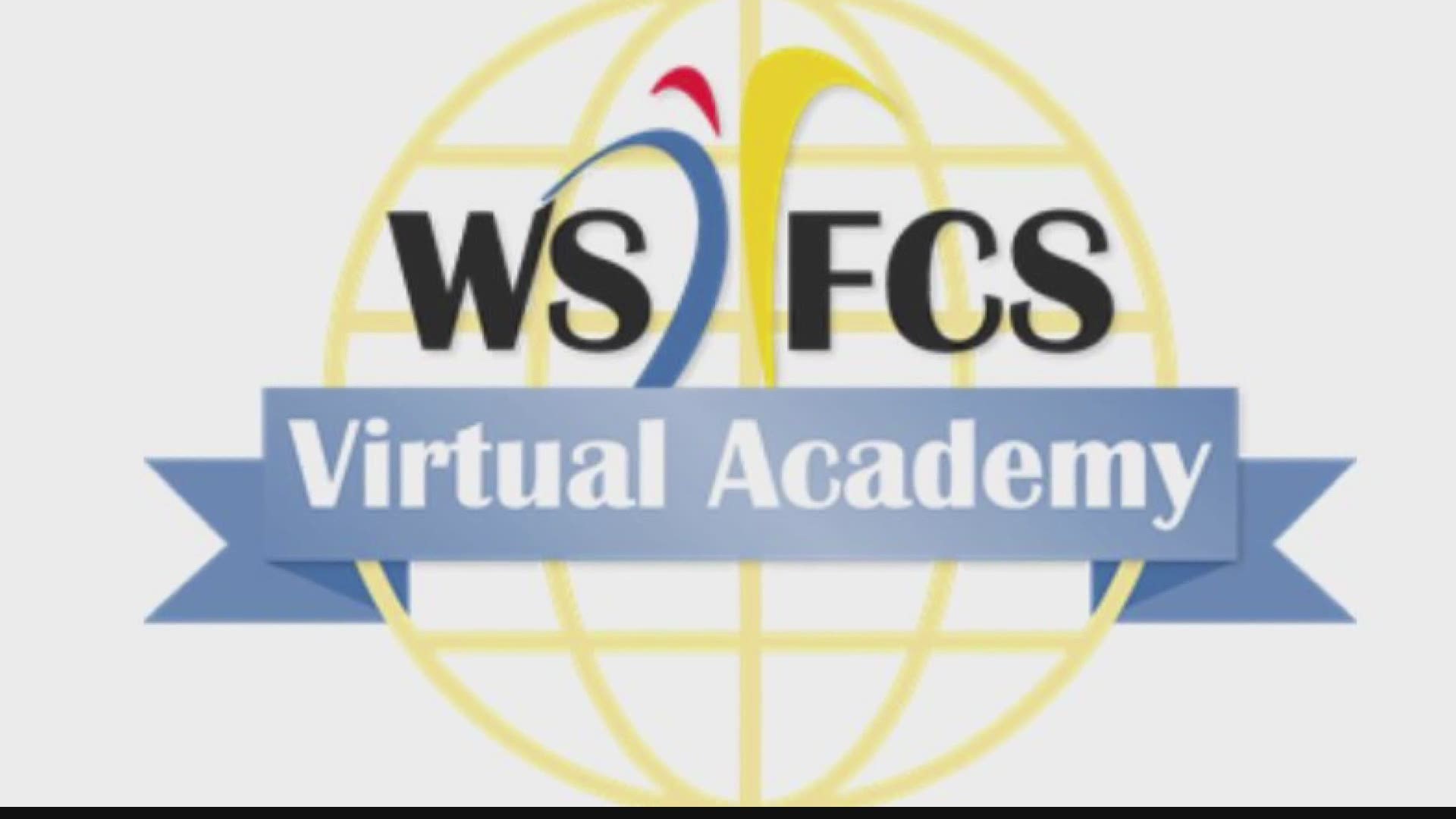 WINSTON-SALEM, N.C. — It's the choice all parents will have to make in the fall--back to school or online learning.

Winston-Salem/Forsyth County Schools parents are getting a clearer look at what online learning will look like in the district's Virtual Academy.

"Students will be able to have some personal time with the teacher but [do] also some group work," said Anissa Scales who will be the academy's principal, "and there may be some whole-class direct class instruction, maybe 15 to 20 minutes."

Enrollment will be open to any student from kindergarten through grade 12. Virtual Academy superintendent Jesse Pratt said there will not be a cap on enrollment and teachers will be assigned to the academy as if it were a physical school.

"It is not our hope that they will work for multiple schools within the district but that they will just serve the students in the virtual school," said Pratt.

The announcement comes as parents are still unclear on what classrooms will look like in August.

"I really don't want to send my child back to an environment where they're wearing masks all day," said Angie Gardner.

"If it's gonna be at the safety and risk of them then I'll probably be more inclined to keep them at home," said Bryan Davis.

"My youngest has really missed the social interaction of the teachers in school. My oldest has absolutely loved this, she's done really well," said Gardner, "that's why we've considered continuing that for her."

Some still don't like the idea of their kids missing face to face schooling and talking with their peers.

Virtual Academy students will still have a physical school they will go to for testing. Students can also participate in extracurricular activities at that school.

Others said it's hard to know for sure how they want their kids to learn since it is still so far out from the beginning of the school year.

All North Carolina schools must have an online learning plan in place by July.

Other Triad school districts including Rockingham, Davidson and Guilford counties are still planning and getting feedback from parents.

Alamance-Burlington schools are looking at using Google Classroom as part of its plan.

Winston-Salem/Forsyth County Schools is offering informational sessions for parents who want to know more about enrolling. Parents can sign up on the school website.

Joy 2 You: Sharing the good news in a time of uncertainty