With 800 boys on a waiting list, Big Brothers Big Sisters needs you to volunteer

Big Brothers Big Sisters East Missouri is now calling on 90 men to volunteer over the next 90 days to help put a dent in that waiting list. 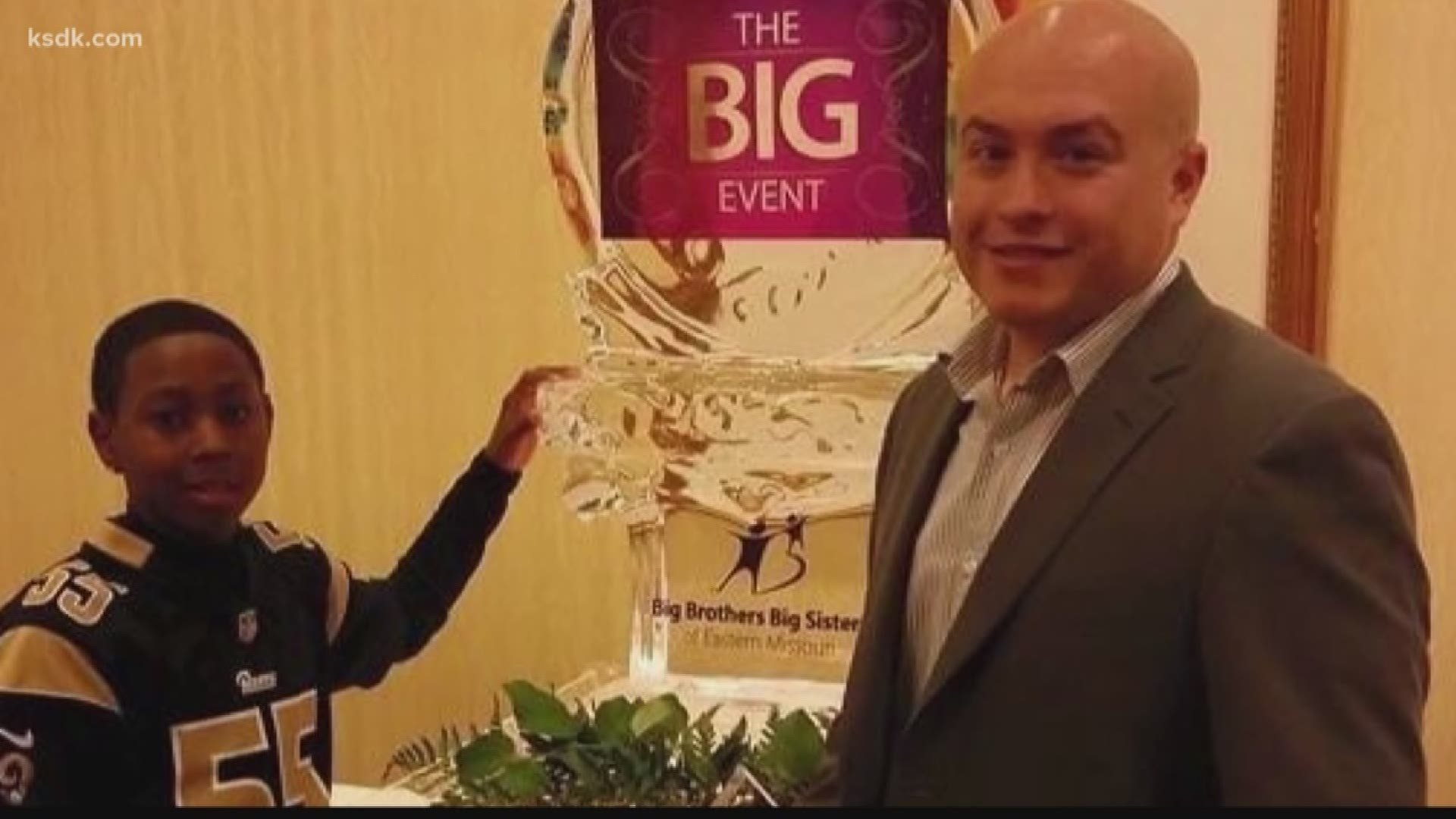 ST. LOUIS — By the end of this month, more than 150 young boys will try to sign up for Big Brothers Big Sisters - and most of them won't even make it on the waiting list.

That's because there are already 800 young boys still waiting to get matched up.

Big Brothers Big Sisters East Missouri is now calling on 90 men to volunteer over the next 90 days to help put a dent in that waiting list.

"I always heard about Big Brothers Big Sisters but I never really thought I had time or was cut out to be a good big," said Ben Boyd, a volunteer big brother.

Boyd said he finally took the plunge when he ran out of excuses.

"I decided what am I waiting for? I need to just sign up and see what happens," he said.

That was six years ago. He now considers his little brother, Jarvis, part of his family.

"It’s so rewarding to see him grow, see him achieve his goals and be able to try different experiences. I bring him to restaurants and he just loves eating different kinds of food," Boyd said.

Ben said the four hours you're required to spend together a month isn't hard at all. He said the time you spend doesn't have to be a big, expensive outing.

"He was just so excited to play catch in the backyard or ride bikes," he added.

Becky Hatter, the President and CEO of BBBS East Missouri, said they can also help you by providing tickets to Blues and Cardinals games, along with suggested activities.

She said a massive wave of volunteers will help them tremendously.

"We get between 100 to 150 requests from parents to put their boys on the list, so if we could speed this up. We're never going to eliminate the waiting list but if we could eliminate the time they’re waiting," said Hatter.

You can go to BBBSEMO.org to sign up and they'll take it from there.

"We interview them, we interview the family, we go to the home of the little. We know a lot about the bigs and the littles and our job is to make the best match," said Hatter.

Ben said he's gotten out just as much as he's put in.

"I’ve actually found myself being more active and going to events I wouldn’t normally go to instead of just sitting around on the couch," Boyd said.

If he has any regrets, it's that he didn't take the plunge sooner.

"Go for it! It definitely doesn’t take up as much time as you think. It’s so rewarding to be able to impact a child’s life and it’s so much fun to hang out with him," he said.

Another common misconception - that these are all troubled kids.

That's simply not the case. Becky said most of their young boys are in excellent homes, they just need another role model in their life.

You can apply here.

After 5 On Your Side's report ran Monday night, 13 people--including reporter Chris Davis--applied to be a "Big."

Just heard from our friends at @BBBSEMO that they received 13 new big brother/sister applications last night after our story aired. I was one of those 13. Keep them coming! @ksdknews #90menin90days https://t.co/VUory3nodN