Due to coronavirus concerns, Destiny Frey's only allowed one visitor each day. Sunday, it's her father's turn to be by her side 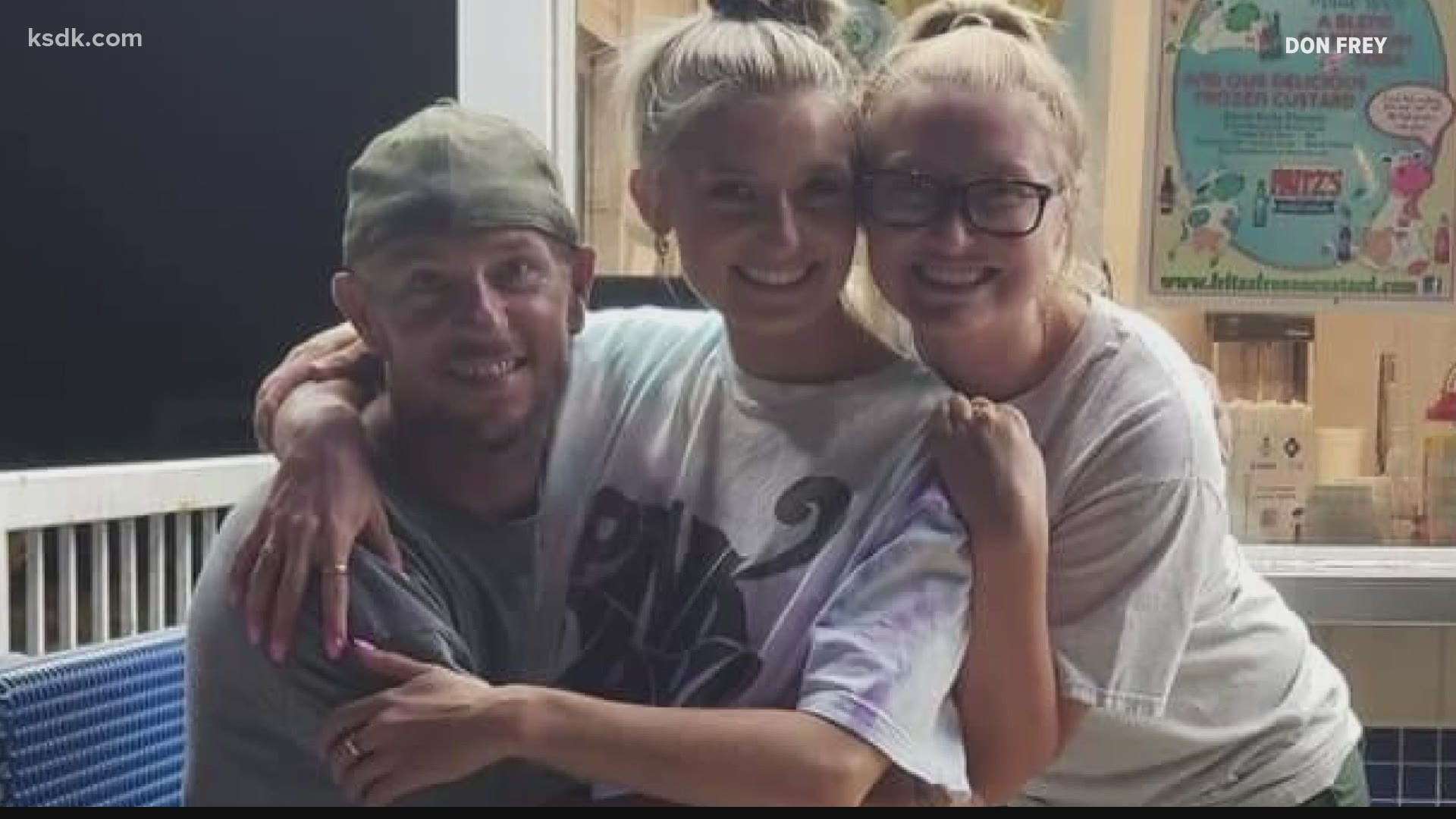 ST. LOUIS — Two hands hold each other tight in a hospital room, as tubes are taped along Destiny Frey's wrist. This was how she marked her 25th birthday after being critically injured by a hit-and-run driver while crossing the street on Nov. 14.

She's only allowed one visitor each day. Sunday, it was her father's turn to be by her side.

"I was the first to hold her when she was born, so [her mother and sister] thought it would be good for me to be here," Don Frey said.

Frey said his daughter was hanging out with friends in St. Louis' Grove neighborhood on a Saturday evening when she was hit by a car. The force -- according to police -- threw her body 20 to 25 feet down the road, and the driver left her behind without stopping.

Police have released several photos as they ask for more information. They said the men involved were driving a tan or silver four-door sedan with the driver's-side headlight out.

RELATED: Police looking for car involved in hit and run in The Grove that left woman critically injured

As police search for a suspect, Frey's friends come together to support her.

A GoFundMe account for Destiny Frey's already collected more than $86,000 from 1,600 donors.

"It's amazing," Don Frey said. "In my opinion, my kid is worth millions, but I'm sure that's the same for every mom or dad."

Destiny Frey spent the first two weeks intubated in the ICU, but her dad said she is speaking again.

A unit secretary in the ER at SSM Health St. Joseph in Lake St. Louis, she had plans to start nursing school at the University of Missouri-St. Louis next year, dedicating her life to taking care of others. But for now, her friends and family rally to take care of her.

"I would like people to know that -- this Thanksgiving -- really appreciate the people that are around them," Don Frey said. "For Destiny, I can't wait for her to really comprehend what has gone on and how many people she has touched."

Recognize these two subjects or this vehicle? Detectives need assistance identifying/locating them relative to a “Leaving the Scene of an Accident” incident that left a woman critically injured. Anyone w/info can contact @stlrcs at 866-371-TIPS (8477). https://t.co/RoCBB9vinO pic.twitter.com/YEaQQjRGnf