The accident happened at around 9:12 p.m. in the 100 block of North Belt West 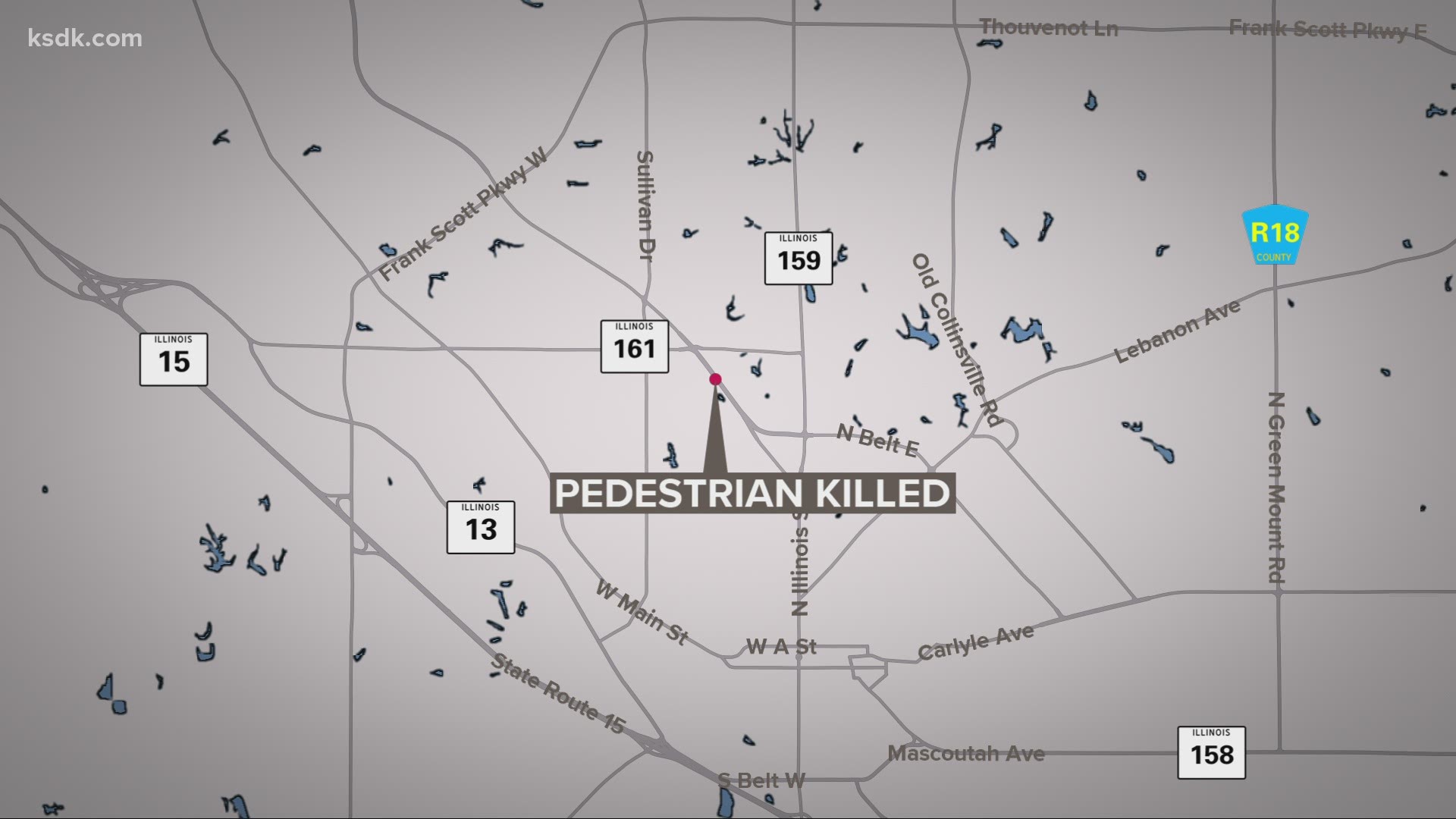 SWANSEA, Ill. — An investigation is underway after a woman was hit and killed by a car in Swansea Friday night.

At around 9:12 p.m., Swansea police were called to the 100 block of North Belt West for a pedestrian being struck. When officers arrived, they found a woman lying in the street.

An off-duty paramedic was in the area and evaluated the woman, who had significant injuries, and found no signs of life, according to police. She was pronounced dead at the scene.

The driver of the car remained at the scene and was not injured.

Anyone with information about the accident or has surveillance video should contact detective Gary Reuter at 618-233-8114 ext. 115.