Their vehicle was hit head on in Florissant 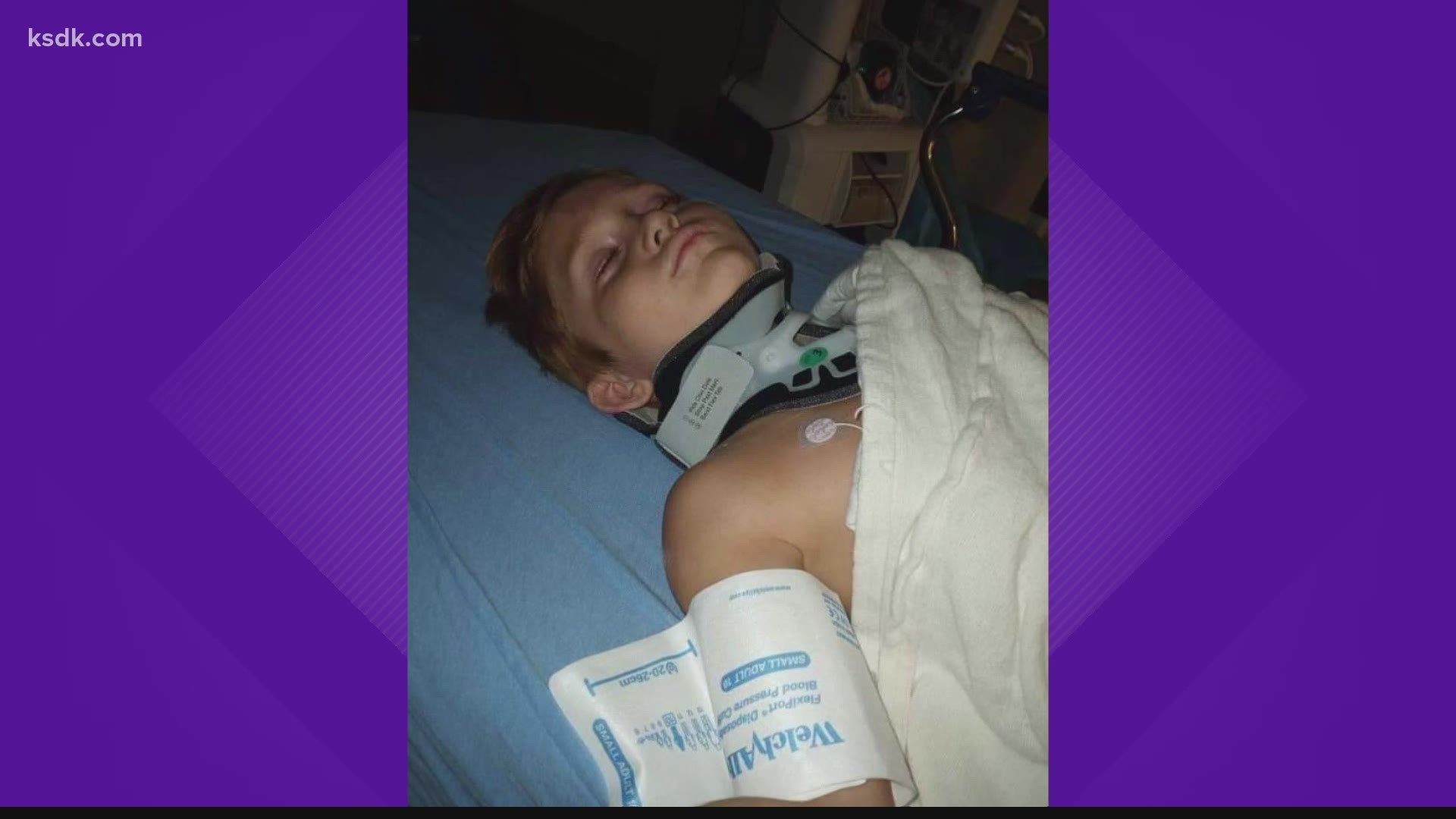 FLORISSANT, Mo. — A 7-year-old boy is in the hospital after a crash his mother can't remember.

"I don't even remember leaving the house," said Julia Rodgers. "I do not remember anything from the accident. I was told that i was upside down in the car having a seizure."

Julia Rodgers says she was in a car with her best friend Amanda and her 7-year-old son Caden, when a driver traveling the wrong way hit her head on.

"It's crazy to me that you can just leave your house one day and something can happen like this would've never expected it," said Rodgers.

The crash happened on Lindbergh Avenue and Manresa Lane in Florissant.
Amanda and Caden taking the brunt of the impact.

"She is in really bad condition... she had to have a metal plate put in from her shoulder to her elbow. she has a lot of missing bones in her foot," Julia said.
"My son had actually exited the car and was laying in the grass, holding his stomach."

Nearly two weeks after the accident, Julia still can't remember what happened. But she will never forget seeing her son in a hospital bed - still recovering, still fighting.

"He had internal bleeding, they had to do exploratory surgery for him, put his colon back together and he had to have back surgery," said Rodgers. "I feel terrible going over there and watching him suffer and there's nothing I can do."

The driver of the other vehicle died due to injuries sustained in the crash.
Florissant police not confirming what caused the driver to enter into the wrong lane of traffic.

"Your worst nightmare your daughter and son in such a terrible accident... I'm  going to start crying," said Julia's mother Denise.

There's no word on when he will be well enough for release. The family has started a GoFundMe to help with hospital costs.