Metropolitan St. Louis Sewer District said the three people were trapped. One person was taken to the hospital with minor injuries. 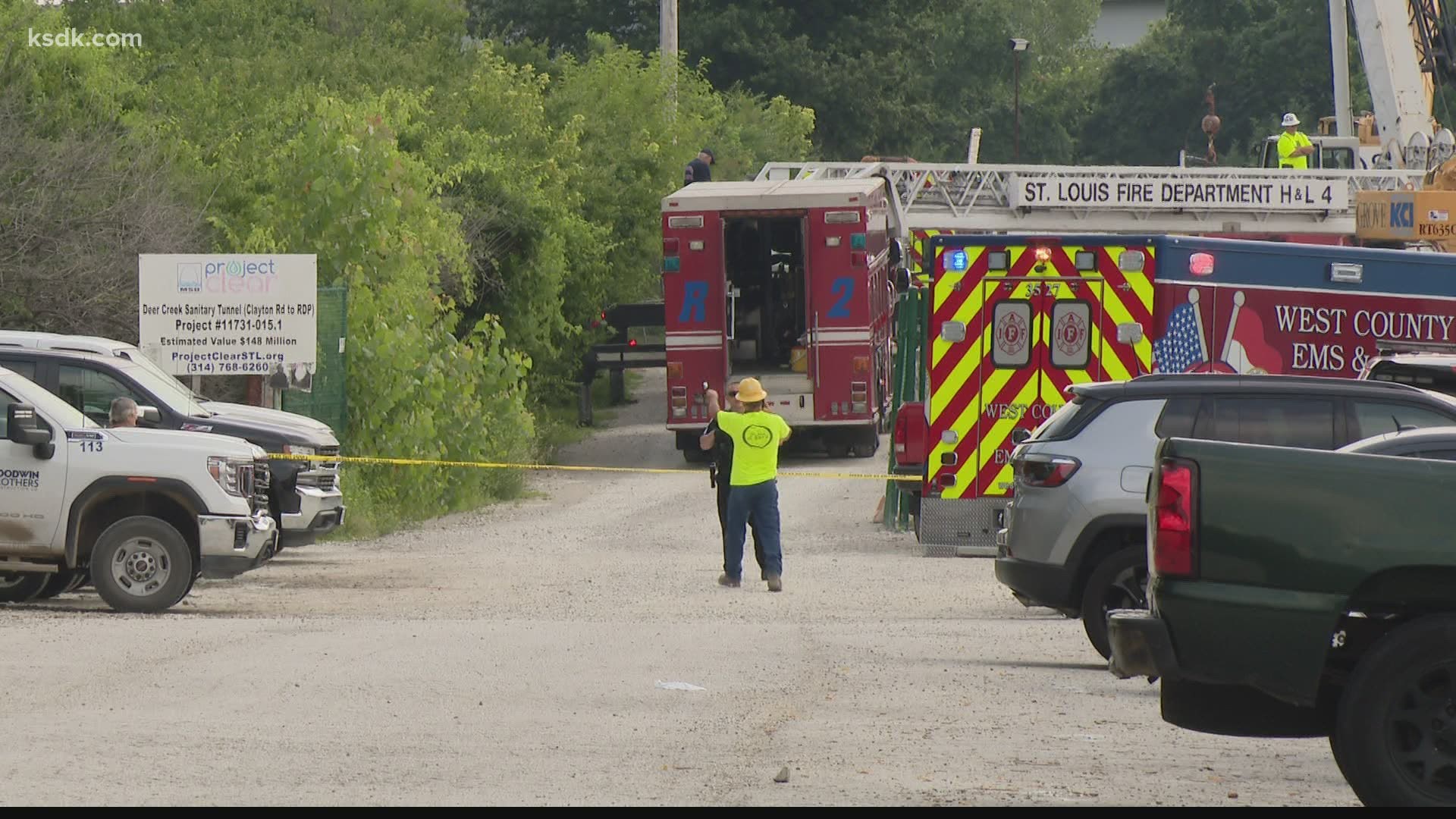 ST. LOUIS — Three people were trapped in a tunnel then rescued in a construction incident, according to a spokesperson with Metropolitan St. Louis Sewer District.

Around 9:30 a.m. Wednesday a crane was lowering concrete forms, which help mold wet concrete, down a shaft at the Deer Creek Tunnel Pump Station in Shrewsbury near Interstate-44 and Shrewsbury Avenue. Seven workers were in the wastewater sewer tunnel 200 feet below ground at the time.

"What happens in the tunnel, they have people guiding," Sean Hadley, MSD spokesperson said. "Guiding the crane operator because he obviously can't see down there what's going on. So they are guiding him as far as what happened. Again don't know if there was a crane malfunction or not. It's still an on-going investigation."

It's unclear why, but as they were being lowered three people became trapped, one sustained minor injuries. Shrewsbury Fire was able to rescue all workers after about an hour.

"These contractors are very well trained," Hadley said. "They prepare for these safety issues. This is something we don't see happen, we don't like to see it happen."

The tunnel runs from Shrewsbury to around the Galleria in Brentwood. The project is on hold until OSHA and engineers investigate. The project is scheduled to be completed in October 2022 according to an MSD spokesperson.

This is an MSD project but the work is being contracted out.