"I don't care if we go to dinner or go to Disney World, I just want to spend time with you," Laila told Kenton Felmlee. 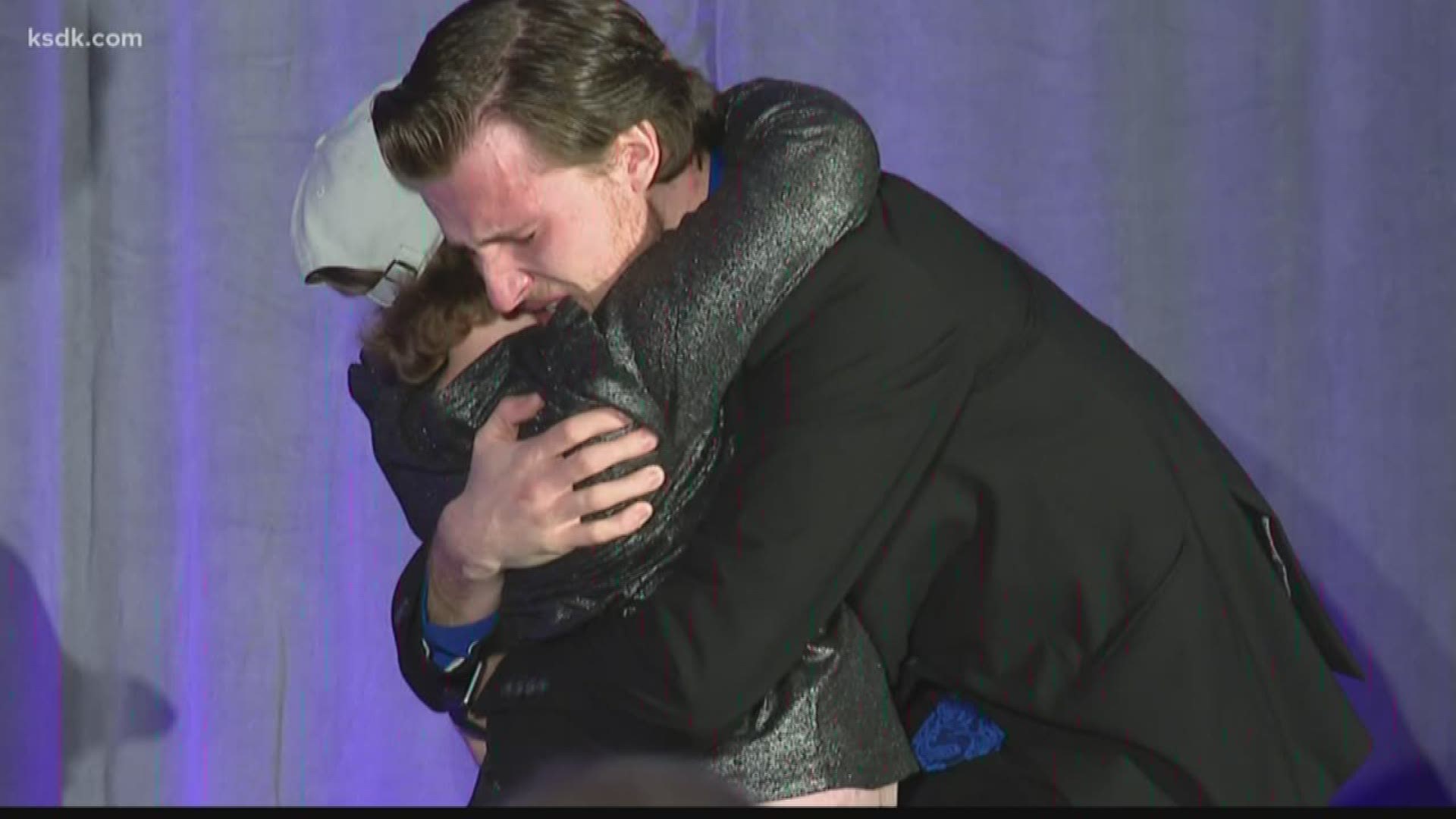 Thursday night, for the very first time, she had the chance to give the donor who saved her life the biggest hug an 11-year-old could muster.

The emotional meeting took place during the inaugural "Be the Match Soiree."

The 11-year-old has done more this year than most will experience in their lifetime.

From hoisting the cup high to being the most recognizable Blues fan in the country, some St. Louisans might be jealous.

But let's not forget the road that brought her here.

"Some people ask me,' if you could have chosen to have this rare disease you have, and go through this whole experience?' And I would say, absolutely not," Laila told us back in September.

As Laila battled a rare auto-immune disease, the Blues may have provided emotional support, but without a bone marrow transplant, her story could have ended before it truly began.

She's never had a chance to thank her donor, until now.

In typical Laila fashion, she was willing to use this significant moment in her life to help others; turning this swanky soiree into the hottest ticket in town.

Then came the glorious moment.

The girl who inspired a city was on one end of the room. The quiet Kenton Felmlee, a sophomore at the University of Kansas, was on the other.

Kenton raced across the room and scooped up Laila into his arms.

The hug may have been finite, but their connection is one that you can feel in your bones.

"You mean the world to me and I love you," Felmlee told Laila on stage. "I'm so happy you're okay. That's all I could ever want."

What a journey this year has been, for Laila Anderson. Because of Felmlee's sacrifice, it's just getting started.

"I feel like Laila is my closest friend, and I've only seen her for about 30 minutes now," Kenton said later during a news conference.

"I don't care if we go to dinner or go to Disney World," Laila told him. "I just want to spend time with you."