How the St. Louis Story Stitchers are bringing peace with words

ST. LOUIS — A group of emerging artists is trying to bring peace and positivity to St. Louis by talking about their everyday life in the form of poems, songs and art.

St. Louis Story Stitchers allows each individual a platform to talk about their realities.

"Like Marcus Garvey said, a person with no knowledge of themself and no culture is like a tree with no roots," mentor Bobby Norfolk said.

Norfolk has been trying to uplift his community for decades. He's too old to be a member of the group, which focuses on teens and young adults. He's a mentor who helps guide the group's passion.

"We were asleep until Ferguson happened," Norfolk said. "Then all of a sudden political consciousness came back into the forefront."

The group banded together after the unrest in Ferguson in 2014.

It's art from the heart that paints the day-to-day life of newly appointed program director Emerea Burns.

"2018 was a hard year because four of my friends were shot and killed," Burns said. "For me, especially being in Story Stitchers I had to deal with emotions that bring change."

Six years in, the group has changed her life.

"These are hard times for a lot of people and we are trying to be a pillar in the community," she said.

Burns is leading by example in her new role. One by one, she's getting people to put the guns down and fight for change with words.

"It helps you focus your energy elsewhere," Burns said.

"The human brain is hardwired for story," Norfolk said. "Everything you see, hear taste touch and smell comes through a story."

"You just got to be patient, persistent, and consistent. I think it's more inspiring than anything," Burns said.

St. Louis Story Stitchers continues to be a place for positivity, peace and promise for St. Louis's future.

The group is performing at Washington University on Monday, Feb. 17 at 6 p.m.

The free performance will be held at Hillman Hall. 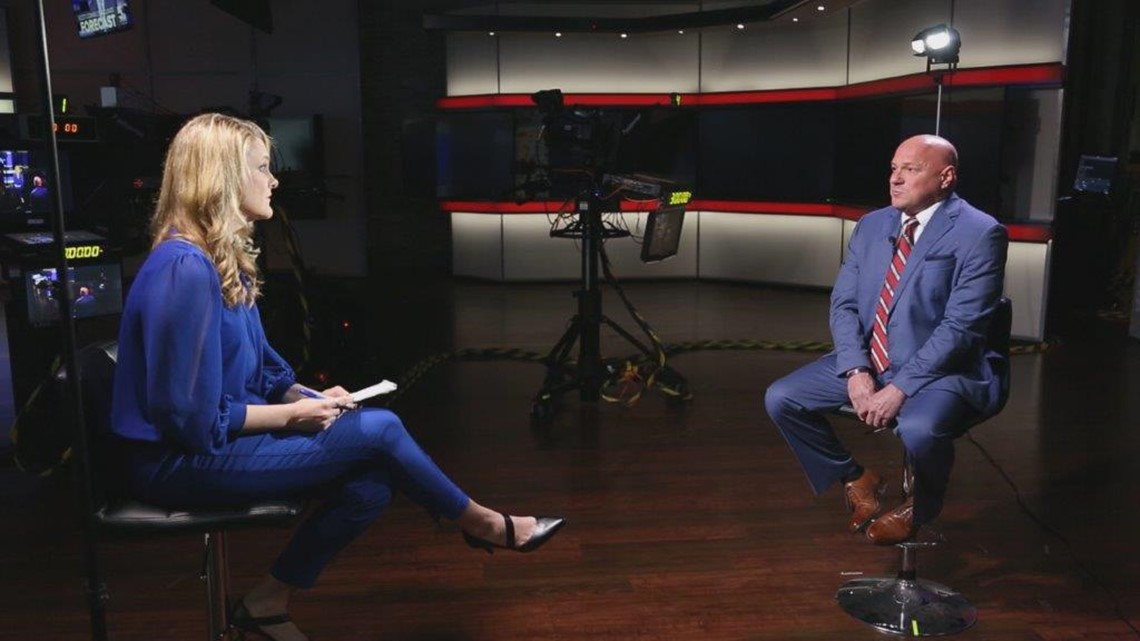 'Never in my wildest dreams' | Gay police lieutenant at center of $20 million discrimination case shares story
ST. LOUIS COUNTY, Mo. - The first time St. Louis County Lt. Keith Wildhaber remembers feeling discriminated against as a police commander was when he reported for duty as a sergeant for the first time. His captain told him that there was a gay officer that he would be supervising and asked him if that would "be an issue for him."