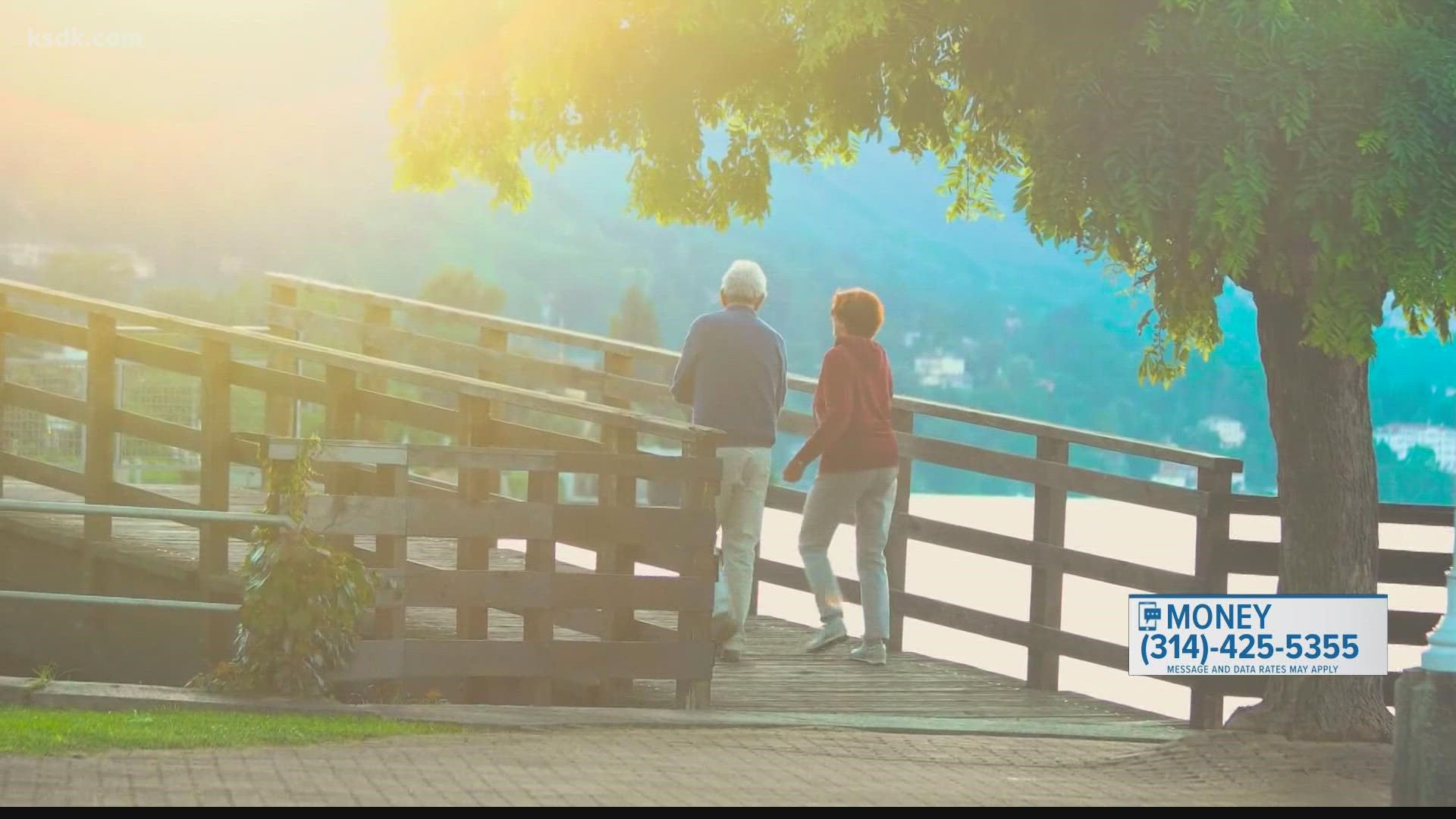 SAINT LOUIS, Mo. — During the COVID-19 pandemic, a lot of people have considered leaving the workforce. If you're in the back half of your career, there are a few things to consider if you want to take a partial retirement.

Jeff Sachs of Sachs Financial in Creve Coeur, says his office is busier than ever trying to help people figure out if they want to stay working or if they want to get out of the workforce.

"Partial retirement is a relatively new concept," said Sachs. "It used to be that when you retired, you're finished working, and you didn't need to continue or have a reason to continue."

Sachs says he talks to his clients all the time about retirement, and here are five reasons you might consider before taking a partial retirement:

You're not happy with your retirement savings

Depending on where you retire, you might need more in the bank account. The Institute for Health Metrics and Evaluation put rankings together for each state, and Missouri has the 11th lowest total estimate for retirement at $952,000. Illinois has the 20th highest, which is shy of $1.1 million.

"One in four Americans aren't saving for retirement," said Sachs. "Or if they are, they haven't saved enough. If you're in that boat, then yeah, you might have to work a little bit longer and push out social security."

You expect to live a longer life

Most of us plan on living longer than the generation before us, although the pandemic put our life expectancy on the decline by 1.5 years in 2020, according to the Centers for Disease Control. Still, the life expectancy in the United States dropped to 77.3 year old. If you retire at age 65 when Medicare kicks in, you'll need more than a decade of savings.

You love your job

It speaks for itself -- if you love your job and can still work, why would you leave?

Sachs says he talks to his clients about what they want their retirement to look like.

"You can't sit at home all day and watch TV," said Sachs. "You can't play golf all day. You can't say, 'I'm going to paint every single day in my retirement.' Studies have shown if you don't have that structure, people tend to get depressed and lose the reason to get out of the house."

Even volunteering at attractions like Grant's Farm or a local hospital can be a good way to add structure, he says.

You want to ease into retirement

Most people come to Sachs to talk about partial retirement in their early 60s.

"It's becoming more and more," said Sachs. "You want to retire to get that early social security or you're just tired of working and you want to spend your 60s and 70s traveling, but you don't have health care."

Sachs says if you can, you should wait to claim social security when you're ready to fully retire, but those in-between years can be difficult.

Sachs also says there's been talk that the Biden administration could consider lowering the age for Medicare eligibility, and if that were to happen, many seniors would feel like they had more freedom to retire.