You might want to make George your first stop before you're non-stop. Because he has a simple motto. "Just smile and give them something friendly to look at." 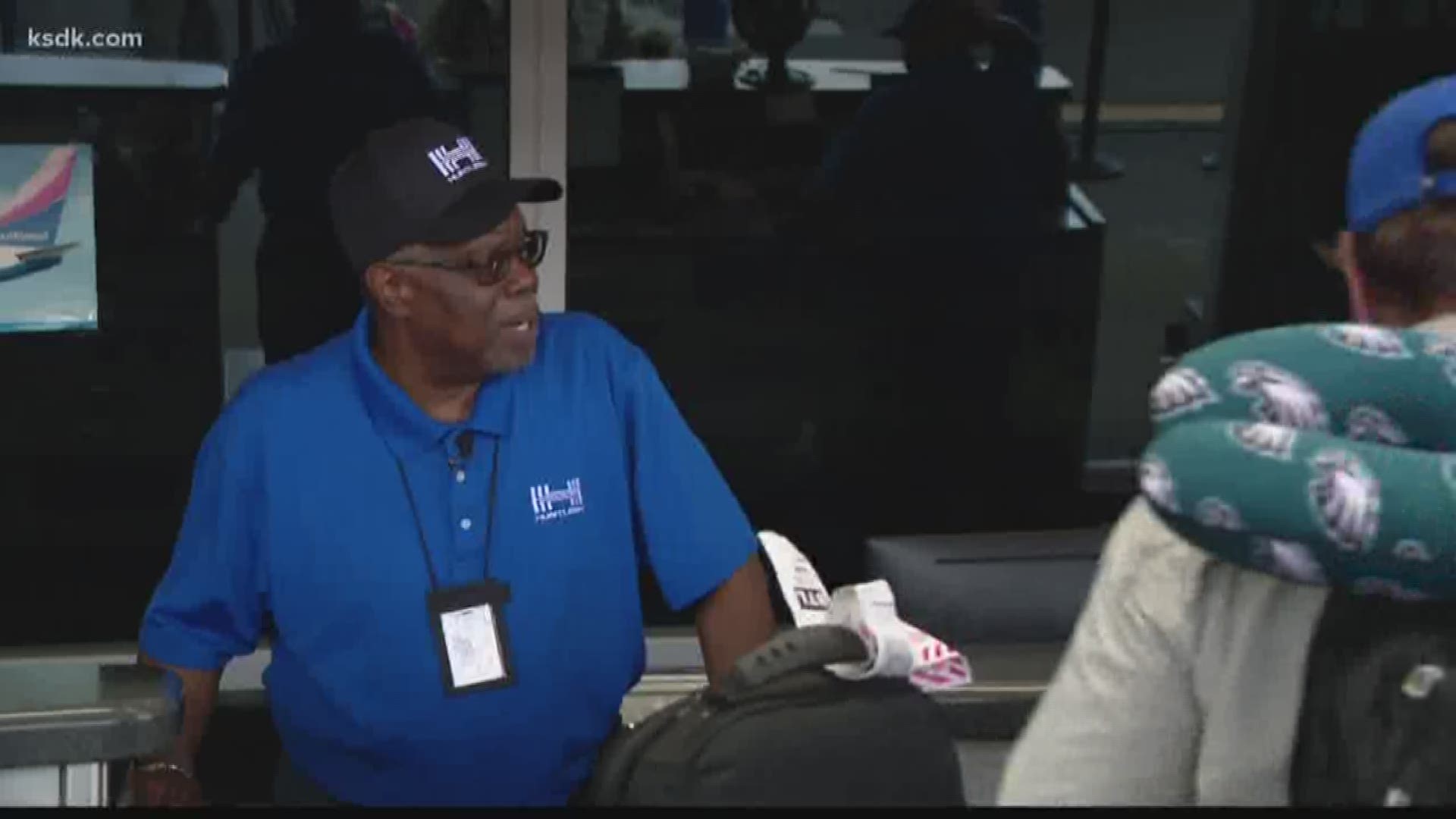 Not when airport hustle and bustle is replaced by hassle.

"There's just so many lines to wait in to get to where I'm going," said passenger Peter Burton.

"Security is great, don't get me wrong," adds Heather Hejl. "But they could be a little more efficient."

But at Lambert's Terminal 2, just before the unavoidable, is a hiatus of affable.

George Lee is a skycap and often the first face people see when they arrive for their departure.

"George by far has to be one of the most amazing men I've ever met," exclaimed Jeff Hart of Southwest Airlines.

Amazing, because long after most people have checked out of their full-time jobs. George is still helping customers check-in. The best thing about his job?

He's still doing the heavy lifting at age 70. Even when the temperatures are below freezing.

"A couple of pairs of pants on and long johns and we stand right here and get it done," he said.

George first took the post 40 years ago and he needed two other jobs just to make a living. And it became tough again after September 11th, 2001.

"Oh, it's a big difference when it comes to security," said Lee. "In the old days, I could check a bag here and take it out to the plane if I had to. Security was a breeze."

But George believes when things get tough, you tough it out.

"One thing about it," Lee's co-worker Bo Gill said, "He comes to work every day, on time and don't want to miss a day."

But recently George had to miss a few days because of a cancer scare.

"I had a polyp on my voice box," he explained.

It turns out it wasn't cancer. George said he probably just talks too much.

When and if he does retire, George said he hopes to spend more time with his children and grandchildren.  And more time on the dance floor.

"Oh, he loves to dance," Gill said with a laugh. "He bops all day. I think he's the best bopper in town."

Until then, you might want to make George your first stop before you're non-stop. Because he has a simple motto.

"Just smile and give them something friendly to look at," Lee said with a grin.

RELATED: This 97-year-old veteran from St. Louis was a bombardier on D-Day

RELATED: The healing power of horses for St. Louis veterans