Bemidji wildlife photographer Brent Cizek snapped a series of photos of the incredible squad earlier this summer, as they made their rounds across Lake Bemidji. 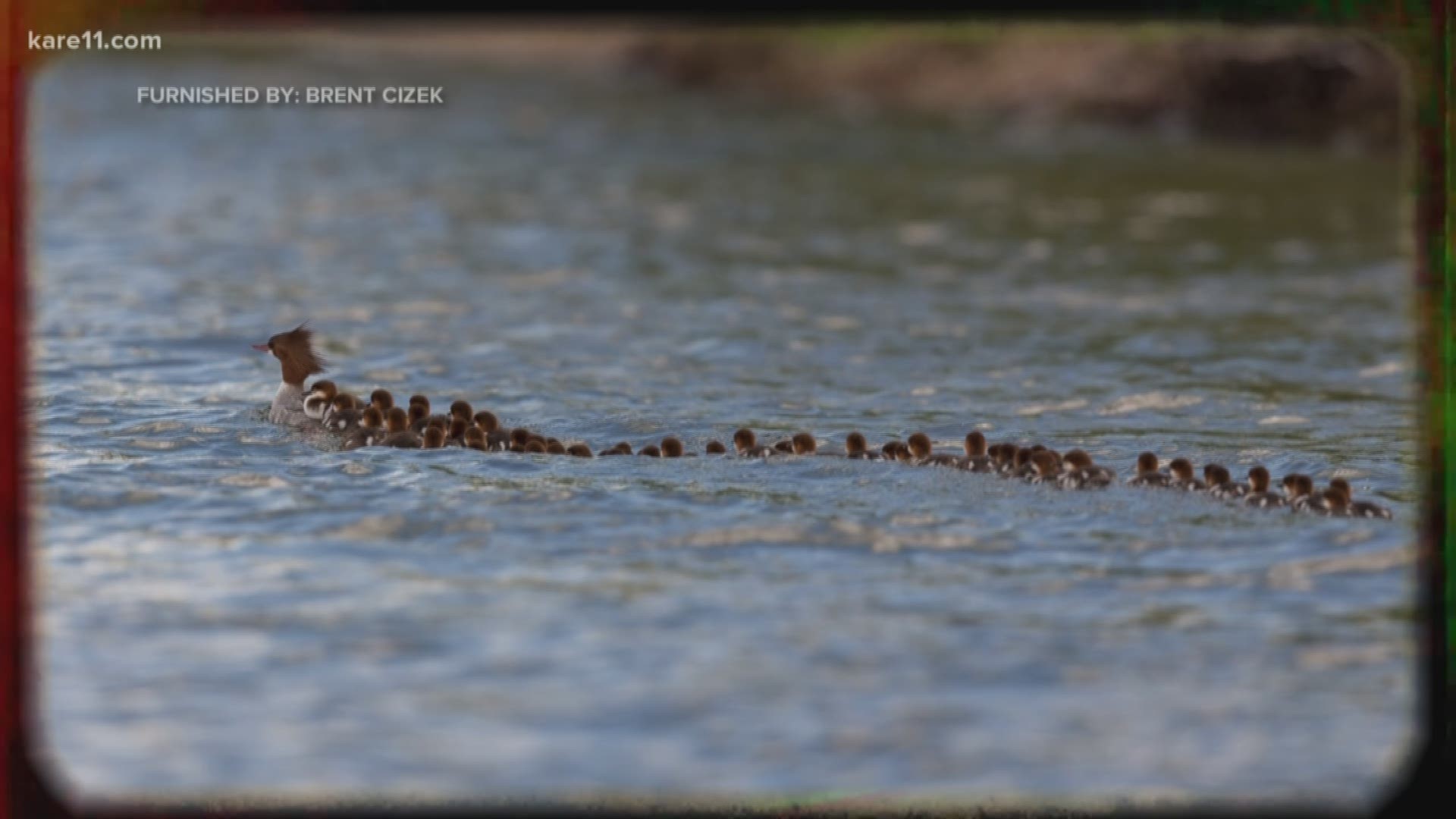 BEMIDJI, Minn. - A photo of a mama duck with a whopping 76 ducklings is making the rounds on the internet, garnering a similar response from those who view it: "How is that even possible?"

Bemidji wildlife photographer Brent Cizek snapped a series of photos of the incredible squad earlier this summer, as they made their rounds across Lake Bemidji.

Then last week, Cizek followed up with the group and saw the common merganser had added to her crew, bringing her total up to 76 chicks.

But how does that even happen?

DNR area supervisor Dave Rave said it can actually be quite common to see large groupings of ducklings, although 76 is a pretty high number.

“I’ve seen large creches before but that was a pretty darn big one, I've seen up to 40-50 in a creche but I don't think ever seen 70 before,” Minnesota DNR Wildlife Manager Dave Rave said.

And no, they are not all hers.

“What happens is one adult takes the broods from a whole bunch of other Mergansers and they form a creche. That is what you see in picture, one adult female with a whole bunch of ducklings, some of which are hers some came from other ducks,” Rave explained.

Think of it like a giant day care with the matriarch of the lake duck community in charge.

“This female that takes them is probably the oldest female on the lake or one of oldest and with ducks when the female has a brood all the female ducklings go down south and eventually come back to lake they were born. So, all the ducks on Bemidji are likely related to one another,” Rave explained.

Related and reliant on grandma to prevail in parenting.

“She’s the best on to raise them, that's why the creche kind of works. It helps her to raise ducklings that are related to her and helps other ducks not so good at raising drop off with her and let her raise them,” Rave said.