Doctors are urging people to get their flu shots early this year, as experts work to dispel myths surrounding the vaccine. 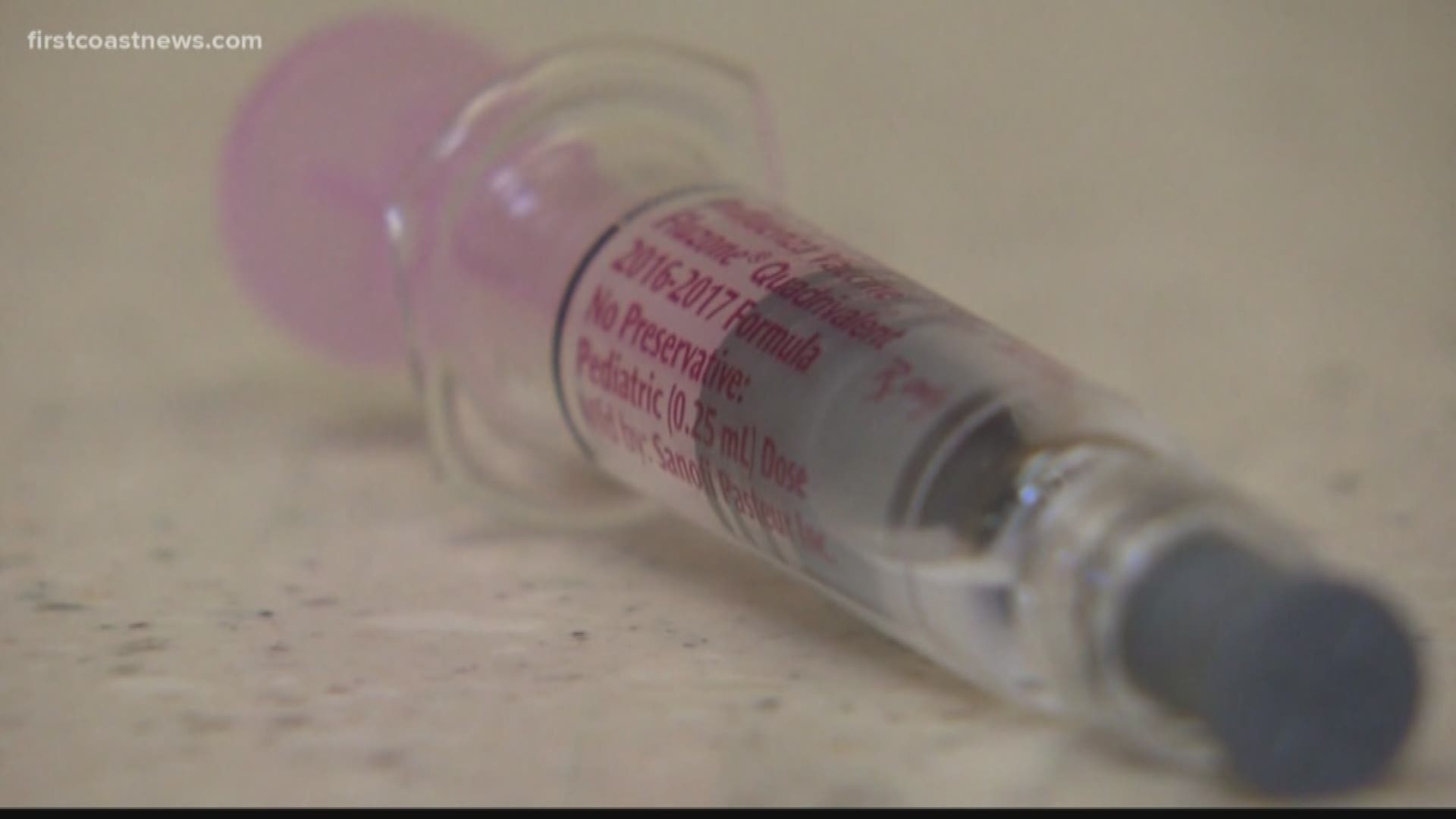 JACKSONVILLE, Fla. — Doctors are urging families to get their flu shots early this year as there have already been cases popping up around the Southeast.

Before those cases start to spread, doctors urge people to follow through with the flu vaccine annually. Doctors are also working to dispel fears that usually result from common flu myths; like the myth that the vaccine can give you the flu.

Physician assistant Russ Dailey says there are reasons behind some of the myths that they try to explain each year.

"We receive fly shots in a time of year when there are a lot of diseases circulating," he said, "so sometimes it’s a matter of the flu shot being at the wrong place at the wrong time."

Medical experts also say the myth that the nasal spray is less effective than the shot is not true.

Another important health alert this flu season is in regard to hand sanitizer.

A new study out of Japan found ethanol-based sanitizer may not be effective for flu protection. In tests, sanitizers took on average four minutes to deactivate a virus. Simple hand washing is still a better solution, killing the virus within 30 seconds.

But ultimately, doctors say, get the vaccine each year.

"Every year the flu shot is targeted at the four most likely strains of the flu that will be circulating," Dailey said. "If you get a strain other than one of those four, then there's no protection given by the flu shot."

Medical professionals like family nurse practitioner Jennifer Hickman say people should not be concerned with vaccine side effects.

"As the vaccination rates have declined, we've seen these diseases start to resurface," said Hickman "These vaccines are treating illnesses that are proven to be fatally epidemic."

Drive-through flu clinics are already starting to pop up around the First Coast.