The Meramec River is expected to crest at 42 feet on Thursday. That is only three feet below the flood of '93. 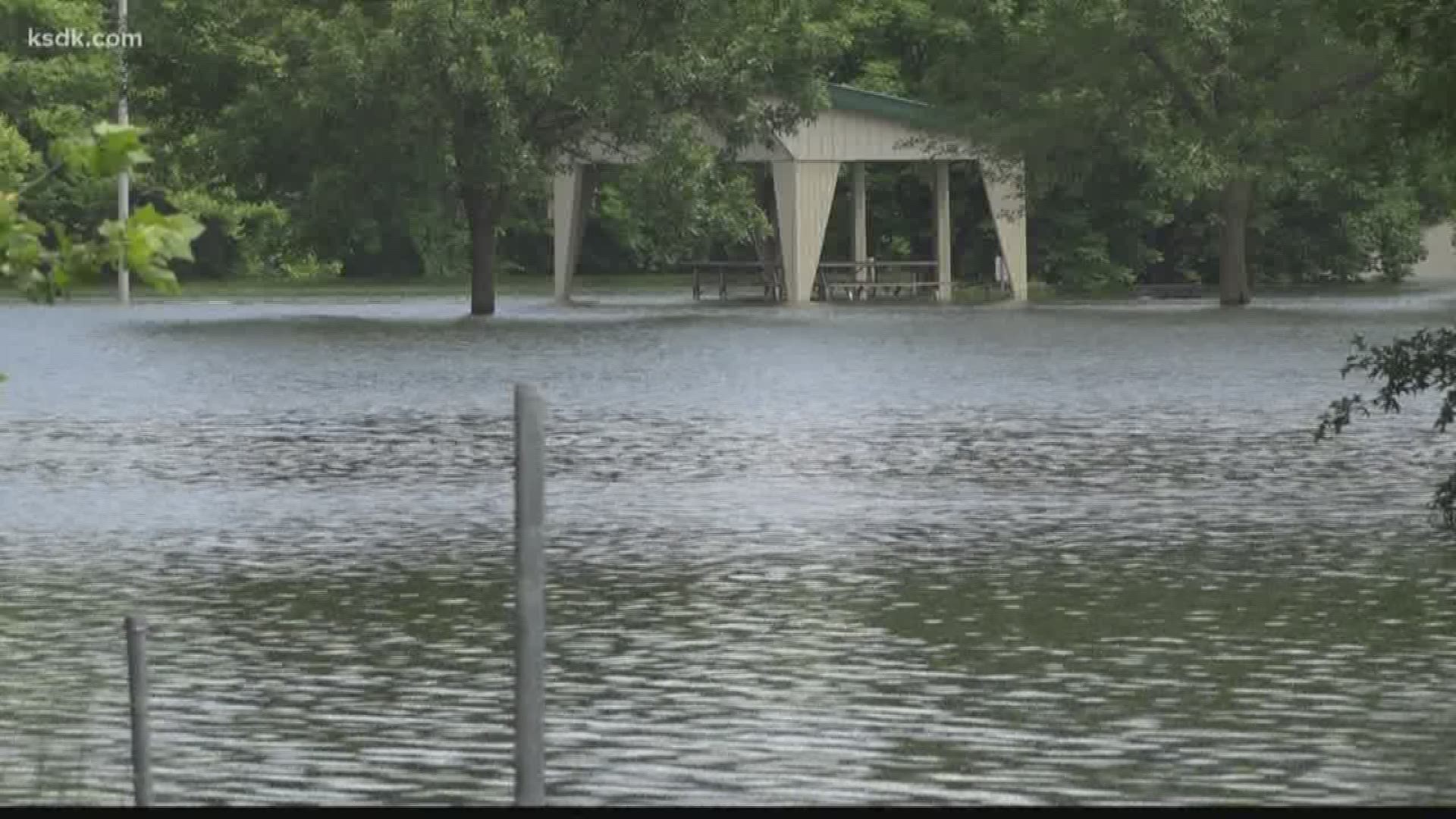 ARNOLD, Mo. — Communities up and down the Meramec River are seeing flooding that rivals the flood of '93. The rising waters have started to threaten several homes in Arnold.

When Robinson first moved to her home nearly 15 years ago, she never expected it to flood.

"It didn't even come across that mind that it could flood,' she said.

However, it has been under water twice since 2015. Now, she fears it may happen a third time.

"I got eight feet of water. My basement filled up,” Robinson told 5 On Your Side. "It's frustrating because it takes time from our daily family life."

The Meramec River has been slowly creeping up her doorstep since Monday and has caused her to become concerned.

However, this time she's fighting back against mother nature. Robinson has started to build a flood wall to protect her home.

"We are doing some sandbagging just to make sure the water doesn't come up,” she said.

While Robinson is taking every precaution she can to stop the flood waters, she still feels helpless that the rising waters may win again.

"We just basically have to live with it," Robinson said. “I just don't know what to say. I'm just done."

The river is expected to crest at 42 feet on Thursday. That is only three feet below the flood of '93.