Missouri lawmakers pass ban on abortions at eight weeks, sending bill to Republican governor, who is expected to sign it. 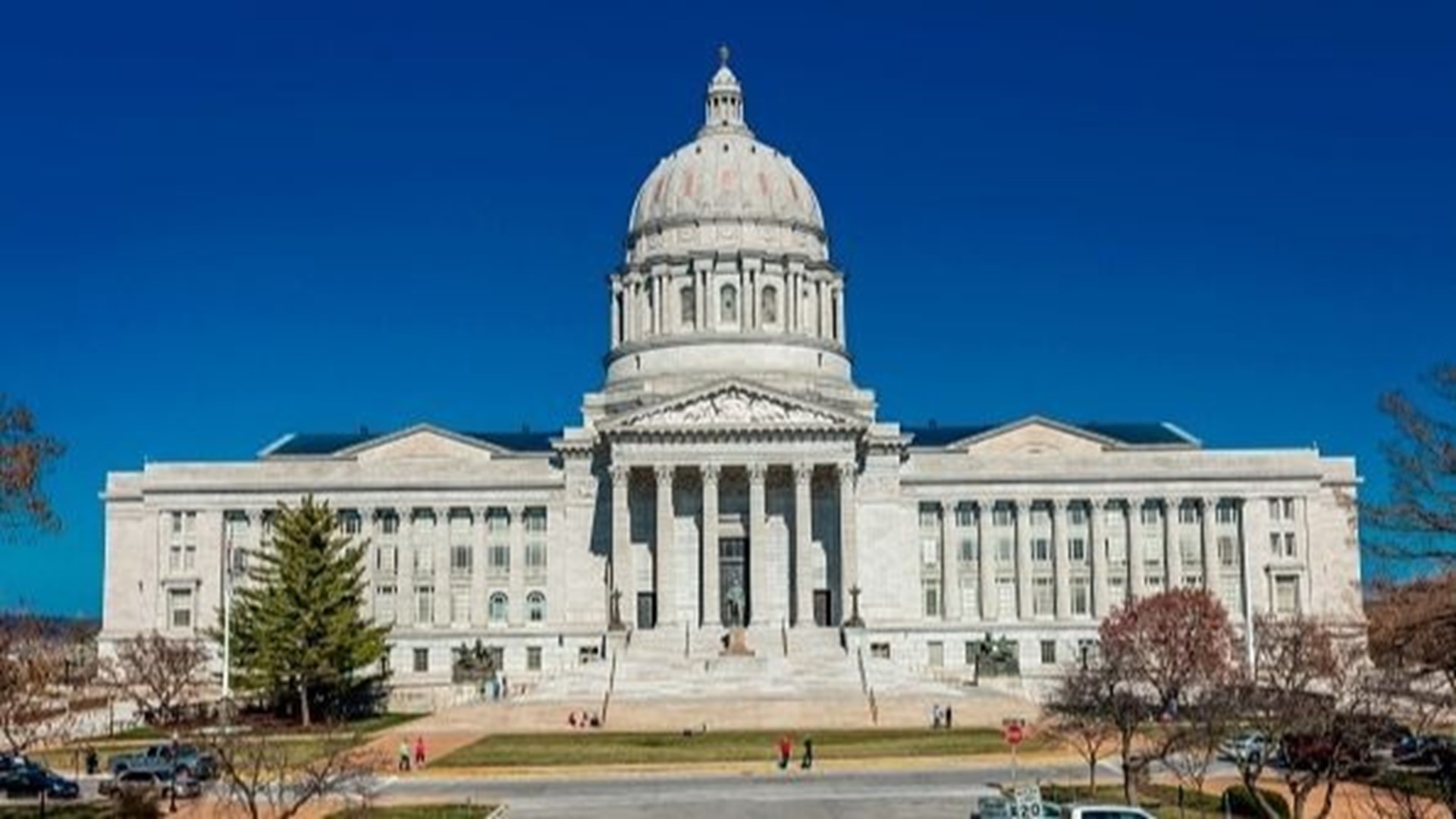 If enacted, the ban would be among the most restrictive in the U.S. It includes exceptions for medical emergencies, but not for pregnancies caused by rape or incest. Doctors would face five to 15 years in prison for violating the eight-week cutoff. Women who receive abortions wouldn't be prosecuted.

Republican Gov. Mike Parson pledged to sign the bill , but it's unclear when he'll take action. When pressed on the lack of exceptions for rape or incest, he told reporters that "all life has value."

"I'm going to stand up for the people that don't have a voice," Parson said. "Everybody should have a right to life."

The Missouri legislation comes after Alabama's governor signed a bill Wednesday making performing an abortion a felony in nearly all cases.

Supporters say the Alabama bill is meant to conflict with the 1973 Roe v. Wade decision that legalized abortion nationally in hopes of sparking a court case that might prompt the current panel of more conservative justices to revisit abortion rights.

GOP Rep. Nick Schroer said his legislation is "made to withstand judicial challenges and not cause them."

He cited extensive "legislative findings" included in the bill about fetal development that are aimed at backing up the state's interest in limiting abortion if the measure is challenged, as well as new judges appointed to the 8th U.S. Circuit Court of Appeals by President Donald Trump.

If courts don't allow Missouri's proposed eight-week ban to take effect, the bill includes a ladder of less-restrictive time limits that would prohibit abortions at 14, 18 or 20 weeks or pregnancy.

"While others are zeroing in on ways to overturn Roe v. Wade and navigate the courts as quickly as possible, that is not our goal," Schroer said. "However, if and when that fight comes we will be fully ready. This legislation has one goal, and that goal is to save lives."

Kentucky , Mississippi , Ohio and Georgia also have approved bans on abortion once fetal cardiac activity can be detected, which can occur in about the sixth week of pregnancy. Some of those laws already have been challenged in court , and similar restrictions in North Dakota and Iowa previously were struck down by judges.

Missouri's bill also includes an outright ban on abortions except in cases of medical emergencies. But unlike Alabama's, it would kick in only if Roe v. Wade is overturned.

If courts don't allow Missouri's proposed eight-week ban to take effect, the bill includes a ladder of less-restrictive time limits that would prohibit abortions at 14, 18 or 20 weeks or pregnancy.

"Laundry bleach, acid, bitter concoction, knitting needles, bicycle spokes, ballpoint pens, jumping from the top of the stairs or the roof," Democratic Rep. Sarah Unsicker told colleagues on the House floor. "These are ways that women around the world who don't have access to legal abortions perform their own."

Clinicians reacted with disgust to the passage of the bill.

"Ob-gyns and other women's health care providers should not be threatened with criminal penalties for delivering evidence based, necessary health care," the Missouri Section of the American College of Obstetricians and Gynecologists said in an emailed statement.

The bill "would force clinicians to decide between their patient's needs and facing criminal proceedings. All clinicians must be able to practice medicine that is informed by their years of medical education, training, experience, and the available evidence, freely and without threat of criminal punishment," the group said.

The Hope Clinic for Women, which performs abortions in Granite City, Illinois, just across the river from St. Louis, noted it already sees Missouri patients on a daily basis.

"Our doors remain open for any patient who needs abortion care," Executive Director Dr. Erin King said in a statement.

Abortion-rights supporters in the House chanted, "when you lie, people die" and "women's rights are human rights" during debate on the measure before being escorted from the chamber. Outside, they shouted "shame, shame, shame" after lawmakers voted 110-44 to pass it.

Several women dressed as characters from the "The Handmaid's Tale" watched silently. The Margaret Atwood book and subsequent Hulu TV series depicts a dystopian future where fertile women are forced to breed.

A handful of abortion opponents protested outside the Planned Parenthood clinic in St. Louis on Friday. Among them was 21-year-old Teresa Pettis, a Catholic who is five months' pregnant with her first child.

She said she supports the bill even though it outlaws abortions for women who have been raped.

"Honestly, I don't think it's right to punish the child for something the child can't control," Pettis said. "The baby might be born in unfortunate circumstances, but it's still a human life."

Rep. Shamed Dogan was the only Republican to vote against the bill. He cited the lack of exceptions for pregnancies borne of rape and incest, and said most residents of his suburban St. Louis district "think that's going too far."

One Democrat voted in favor.

A total of 3,903 abortions occurred in Missouri in 2017, the last full year for which the state Department of Health and Senior Services has statistics online. Of those, 1,673 occurred at under nine weeks and 119 occurred at 20 weeks or later in a pregnancy.

The bill also bans abortions based solely on race, sex or a diagnosis indicating the potential for Down Syndrome.

It also requires a parent or guardian giving written consent for a minor to get an abortion to first notify the other parent, except if the other parent has been convicted of a violent or sexual crime, is subject to a protection order or is "habitually in an intoxicated or drugged condition." A change was made after hours of late-night negotiations in the state Senate to also remove the requirement when the other parent lacks legal or physical custody.

If Parson signs, most provisions of the bill would take effect Aug. 28.