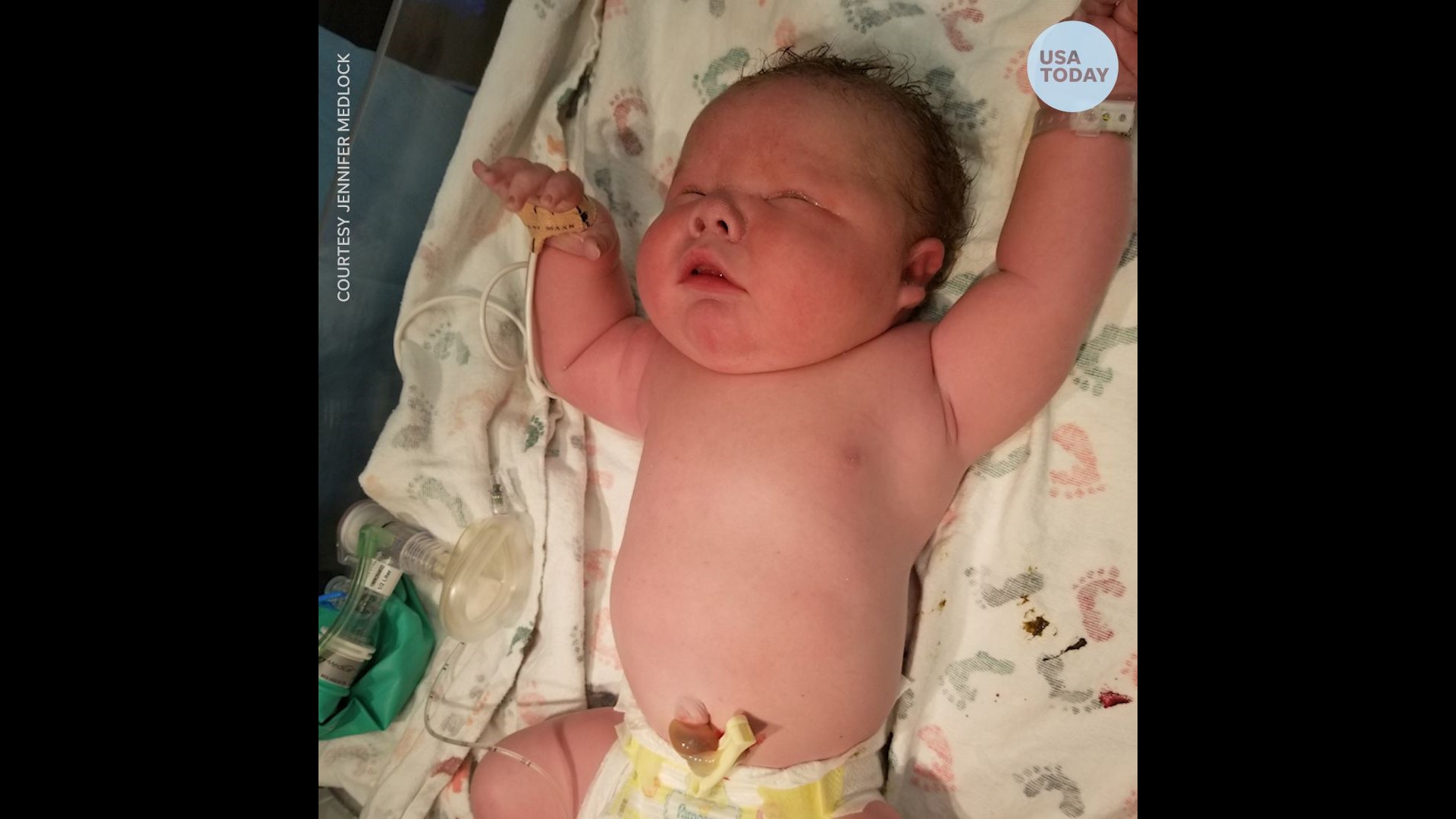 A Texas newborn made a grand appearance earlier this month, at an unexpected 14 pounds and 13 ounces.

Parents Jennifer and Eric Medlock were told their newborn son Ali is the heaviest baby ever born at Texas Health Arlington Memorial Hospital in Arlington, Texas. A spokesperson for Texas Health Resources confirmed with USA TODAY that Ali, who also measured 21.5-inches long at birth, is the largest baby born at the hospital to their knowledge.

The doctor who delivered Ali also said the newborn is the largest he's ever brought into the world in his more than 30-year career, Jennifer Medlock said.

Jennifer Medlock told USA TODAY she expected Ali to be around 10 pounds, as their now 2-year-old daughter was around that weight at birth. But, she was shocked when the doctors told her of her son's weight. He was born on Dec. 12.

More: An Australian woman birthed a 13-pound baby. What are the health risks?

Ali was delivered via a scheduled C-section. Medlock had already had a C-section with her daughter.

He was admitted to the hospital's neonatal intensive care unit because of low blood sugar and platelets his mother said were due to his size. But, he improved rapidly and was released home on Dec. 19.

Both mom and baby are doing well.