Peace and quiet seem like good things until you've had too much.  Keith Davison got his fill in the months that followed the death of his wife Evy. 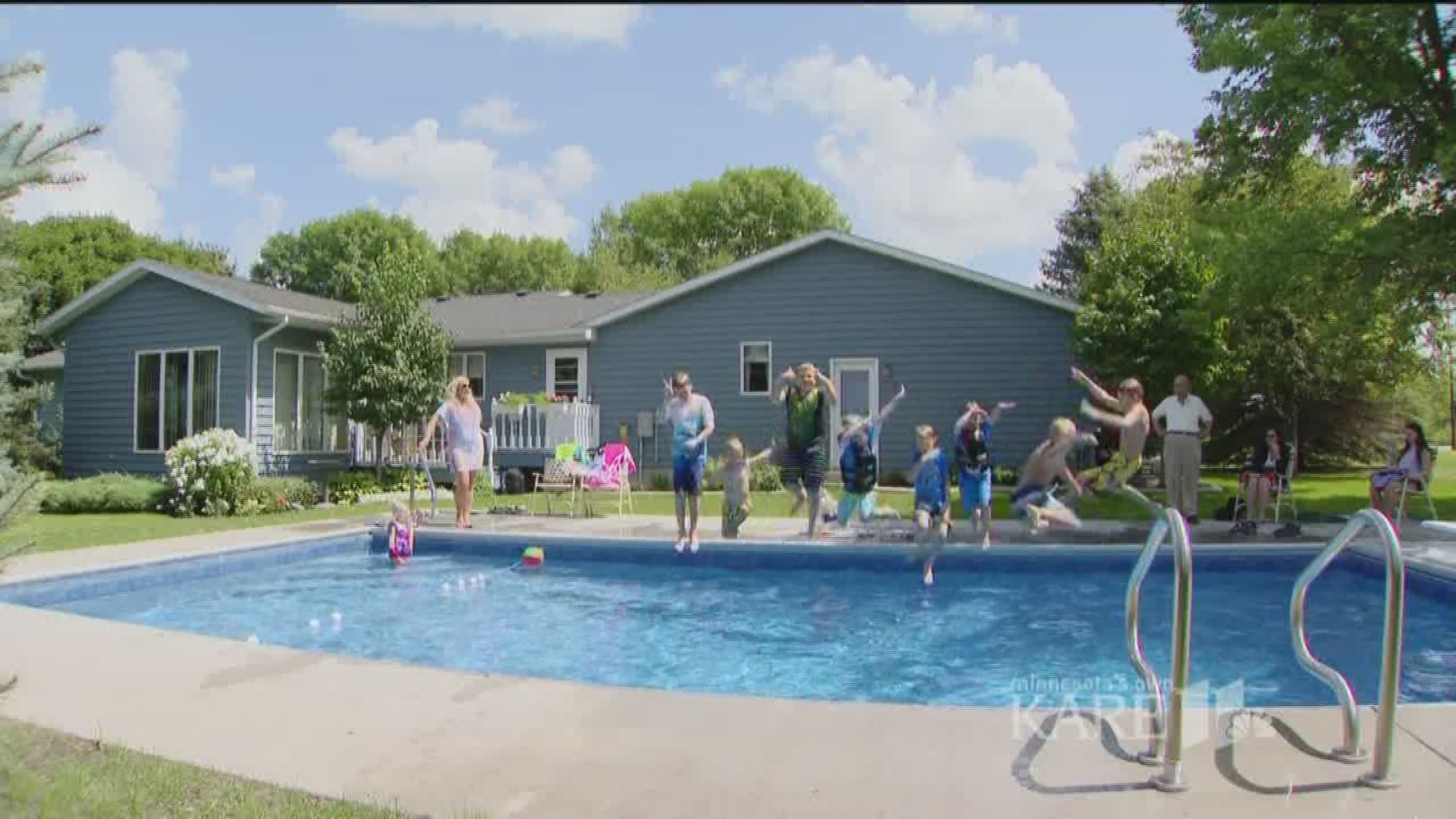 Peace and quiet seem like good things until you’ve had too much. Keith Davison got his fill in the months that followed the death of his wife Evy.

“You just can’t imagine what it's like,” says Davison, who lost his wife to cancer in 2016 after a marriage of 66 years. “You cry a lot. That's just the way it is, because she's not here.”

But it’s not quiet at Davison’s house anymore. Late this spring the 94-year-old retired judge installed in his backyard an in-ground pool – then filled it with the neighborhood kids.

Plenty of people thought he was kidding when Davison first floated the idea. His neighbor Jessica Huebner was among them. “This spring when I saw him marking the yard, I told my husband, he's really going to put a pool in his backyard.”

Since the opening of the pool in July, Huebner and her four children have been regulars. “It's him spreading joy throughout our neighborhood for these kids,” Huebner says.

Davison’s backyard addition is no mere wading pool, at 32 feet long – and 9 feet deep under the diving board. It’s a welcome addition in a town that doesn’t have an outdoor public pool.

Davidson shares his pool with the neighborhood. (Photo: KARE)&nbsp; &nbsp;

Davison has three adult children, but no grandchildren. Huebner says she now tells her neighbor, “’You kind of adopted our whole neighborhood of kids, these are your grandkids.’”

As a dozen children giggle their way through diving board flips and pool volleyball, Davison sits nearby in the shade, enjoying the show from his lawn chair. His pool rules require a parent or grandparent also be present when children are swimming.

Davison says the kids won’t be having all the fun. He still enjoys swimming himself after the children have gone home.

Still, Davison is first to admit, from an economic standpoint, there’s no sense to be made of a 94-year-old installing a pool. He just doesn’t care. “I'm not sitting by myself looking at the walls,” he smiles. Besides, Davison asks, “What else would you think of doing where you could have a whole bunch of kids over every afternoon?”

Grief can be a deep, lonely place. Keith Davison took another step out, the day the neighborhood dove in.