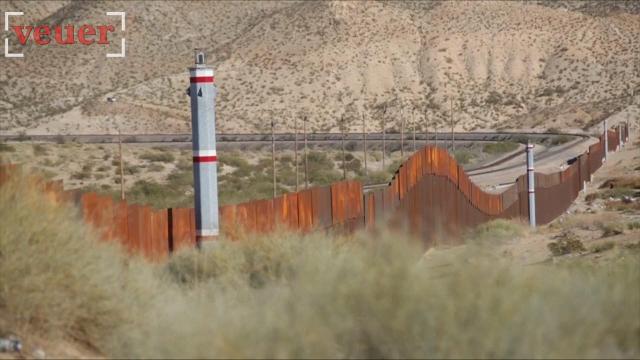 EL PASO — A U.S. Border Patrol agent from El Paso died Sunday morning from injuries sustained while on patrol near Van Horn, officials with Customs and Border Protection and the Border Patrol announced.

An international bridge crosses the Rio Grande which forms the U.S.-Mexico border as seen from a U.S. Customs and Border Protection helicopter on August 1, 2017 near El Paso, Texas.

Rogelio Martinez, 36, was identified as the agent who died. Martinez and his Big Bend sector partner were on patrol and responding to activity near Interstate 10 near Van Horn, which is about 120 miles east of El Paso.

The partner reported that they were both injured and in need of assistance, according to the statement that was released.

Responding agents provided immediate medical care and transported the agents to a hospital.

The Wall - An in-depth examination of Donald Trump's border wall

Martinez later died from his injuries, while his partner remains hospitalized in serious condition. Martinez had been a Border Patrol agent since August 2013, a spokesman said.

No details were released on what happened to the agents, but Acting Secretary of Homeland Security Elaine Duke said in a statement that the department is "fully supporting the ongoing investigation to determine the cause of this tragic event.”

In response, President Trump tweeted, "We will seek out and bring to justice those responsible. We will, and must, build the Wall!"

Border Patrol Officer killed at Southern Border, another badly hurt. We will seek out and bring to justice those responsible. We will, and must, build the Wall!

Although U.S. Customs and Border Protection did not release much information on the incident, U.S. Sen. Ted Cruz, R-Texas, issued a statement saying the two agents had been attacked.

“Our condolences and prayers go out to the family and friends of Border Patrol Agent Rogelio Martinez, who was killed this morning in the line of duty. We are also praying for the full recovery of his partner, who was also attacked.

“This is a stark reminder of the ongoing threat that an unsecure border poses to the safety of our communities and those charged with defending them. We are grateful for the courage and sacrifice of our border agents who have dedicated their lives to keeping us safe. I remain fully committed to working with the Border Patrol to provide them with all the resources they need to safeguard our nation.”

The Border Patrol’s Special Operations Group and agents from Customs and Border Protection’s Air and Marine Operations were searching the area Sunday for potential suspects or witnesses.

The Culberson County Sheriff’s Department, the FBI, the Office of the Inspector General and CBP’s Office of Professional Responsibility were investigating the incident.

“Our thoughts and prayers are with Agent Martinez and his family and with the agent who was injured,” the CBP statement said.