Ex-officer found not guilty in shooting death of Daniel Shaver

Ex-officer not guilty in shooting of unarmed man 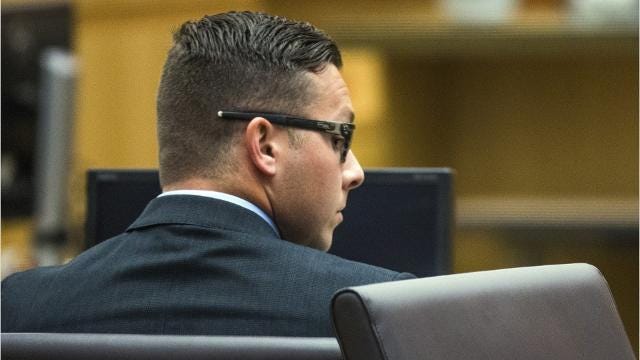 An Arizona jury on Thursday found former Mesa police officer Philip "Mitch" Brailsford not guilty of second-degree murder charges in the 2016 shooting of an unarmed Texas man who was on his knees begging for his life.

Eight jurors deliberated for less than six hours over two days, finding Brailsford not guilty of the second-degree murder charge as well as the lesser charge of reckless manslaughter.

The packed courtroom in Maricopa County Superior Court was quiet after one of Judge George Foster's clerks read the verdict.

Shaver was kneeling, crying and begging not to be shot after he was confronted by six Mesa police officers in a La Quinta Inn & Suites hallway on Jan. 18, 2016. Brailsford, who was fired two months after the shooting, testified that he fired his AR-15 rifle five times because it appeared Shaver was reaching for a gun.

“If this situation happened exactly as it did that time, I would have done the same thing," Brailsford said in his testimony.

Read more: How rare officer convictions are in police shootings

Laney Sweet, Shaver's widow, said she had no comment to make about the verdict as, crying, she exited an elevator with family.

Brailsford's lawyer, Michael Piccarreta, said he had expected the jury would come back with a positive outcome for his client.

“We had confidence that the jury would recognize this as a tragedy, not a murder, and that Mitch Brailsford acted in a split-second as he was trained," he said.

After the verdict, Brailsford and his family were escorted by a Maricopa County sheriff's deputy out of the courtroom through a back door. 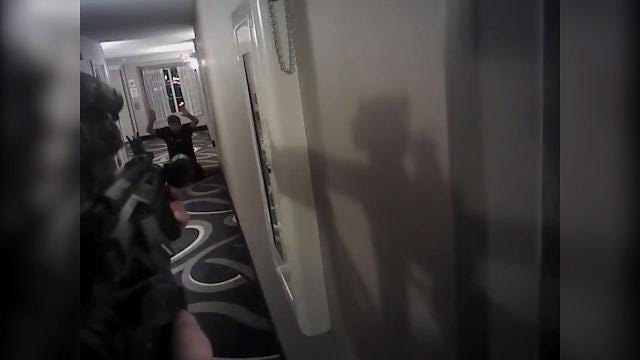 Footage of the shooting, captured on two police body cameras, formed the foundation of the prosecution's case. The judge did not allow jurors to hear about an etching on the dust cover of the rifle Brailsford used to shoot Shaver, which said  "You're f--ked," because he felt it was prejudicial.

Throughout the trial, which began in late October, Deputy County Attorney Susie Charbel portrayed Brailsford as a "killer" who claimed he feared for his life to cover up an unjustified shooting.

In her closing arguments, Charbel told the jury that an intoxicated Shaver looked "pathetic" before he was killed and didn't get a chance to know who shot him.

“(Brailsford) doesn’t get a pass because he was wearing a police uniform that night,” Charbel said.

Read more: Hero cop of Pulse shooting is being terminated from force

Piccarreta said Brailsford followed the tactics of a well-trained officer. If jurors believe the training is wrong, he said, that’s not something Brailsford should be accountable for.

Piccarreta said Brailsford shot Shaver because he was protecting himself, five other officers and a woman police had taken into custody.

“The last thing in the world that Mitch Brailsford wanted to do that night was shoot. His goal wasn’t to kill Daniel Shaver,” Piccarreta told the jury. “Shaver is not a bad person, but his actions are what brought the police that night.”

Maricopa County Attorney Bill Montgomery's office brought the charge in March 2016 against Brailsford, and he issued a statement shortly after the verdict.

“This case did not and does not represent the vast number of honorable men and women who wear the uniform of law enforcement in Maricopa County," the statement said. "Should similar facts as readily evident as portrayed in the video ever present themselves again, we will do our job and place the matter before a jury.”

Mesa Mayor John Giles, in a statement provided by his spokeswoman, said, "We trust the judicial process and respect the court's decision."

Sgt. Diana Williams, a spokeswoman for Mesa police, emailed a statement, saying the department did a complete investigation of the shooting and trusted the criminal justice system.

"We have confidence in the due process of the criminal justice system to review the facts completely and accurately," the statement said. "Moving forward, we will continue to evaluate our policies, tactics, and training in pursuit of operational best practices. We are committed in our mission to be transparent and partner within our city to prevent and reduce crime; to build respect, trust and preserve human rights."

Nate Gafvert, president of the Mesa police union, which has supported Brailsford, said the trial took an emotional toll on both Brailsford's and Shaver's family. He defended Brailsford, saying the former officer followed his training the night of the shooting.

“We’re extremely relieved with the verdict, although not surprised. We believe Mitch Brailsford acted as he was trained to do, as all police officers are trained to do," Gafvert said.

"This was a terrible event with a terrible loss of life, but in no way does that mean anyone should be charged. This has been a long, emotional and expensive trial for everyone involved. We feel these charges should never have been filed in the first place.”

A gun pointed out a window 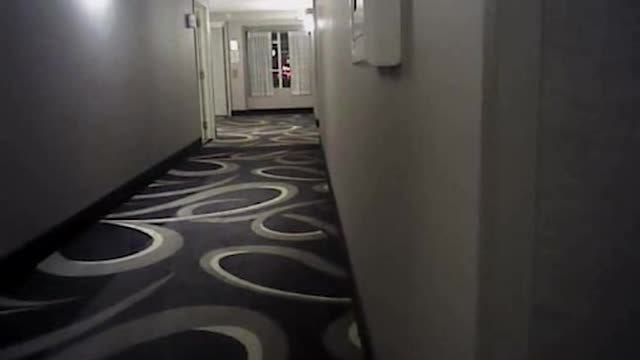 The shooting occurred after police were called to a Mesa La Quinta Inn & Suites on a report of a person pointing a gun out a fifth-floor window. A couple in a hotel hot tub told staff they saw a silhouette with a gun pointed toward a nearby highway.

Police determined Shaver was unarmed after he was shot. They did find a pellet gun in his hotel room, which Shaver used for his job as a pest-control worker.

Shaver was in Mesa that night on a work-related trip from Granbury, Texas.

The police video, which was released Thursday evening by Mesa police, shows Shaver was confused by some of Sgt. Charles Langley's commands when he exited his hotel room.

Langley, one of six officers in the hallway and who has since retired from the force and moved to the Philippines, warned Shaver would get shot if he put his hands down again, the video shows.

Shaver began to cry and said, "Please don't shoot me."

Trying to follow Langley's commands, Shaver began to crawl on his hands and knees toward the officers, the video shows. But Shaver stopped crawling and raised his right hand near his waistband, prompting Brailsford to fire.

Research on charges against police

Since 2005, one other Arizona officer had been previously charged with second-degree murder. He later pleaded guilty to a lesser charge of manslaughter.

Since 2005, 84 police officers across the nation have been charged with murder or manslaughter in connection with an on-duty shooting, according to research by Philip Stinson, an associate professor at Bowling Green State University in Ohio.

In that time, 32 officers have been convicted, while 40 have not, the research shows. The remaining cases are pending.