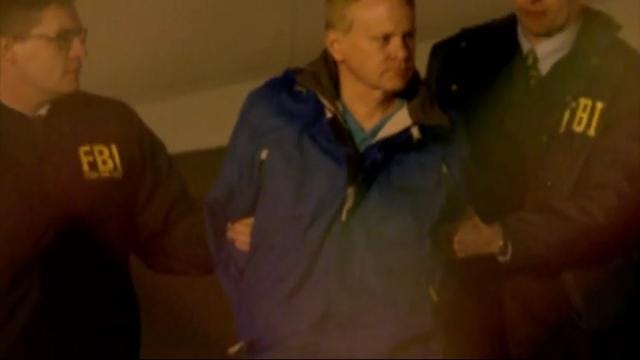 LOUISVILLE — The FBI vowed it would get its man — and with the help of a Honduran SWAT team, it did.

The head of the FBI in Kentucky on Tuesday confirmed what Honduran news outlets reported Monday night — that after six months on the lam, fugitive lawyer Eric Conn, wanted for sentencing in the biggest Social Security fraud in U.S. history, was captured in the city of La Ceiba in a Pizza Hut.

"As promised, Mr. Conn will now be held accountable for his actions, to the people he deceived and for the lives he shattered, including all the victims of his greed in Eastern Kentucky," said Amy Hess, the FBI's agent in charge in Kentucky.

More: Credit card scam gives you flowers and wine before draining your account

She told reporters at a news conference in Lexington that Conn was arrested Saturday without incident by the FBI attache in San Salvador and the Honduran Technical Agency of Criminal Investigation.

Credit: Moises Castillo, AP
Eric Conn is escorted by SWAT team agents prior to his extradition, at the Toncontin International Airport, in Tegucigalpa, Honduras, Tuesday, Dec. 5, 2017. Conn, a fugitive Kentucky lawyer who escaped before facing sentencing for his central role in a massive Social Security fraud case, was captured as he came out of a restaurant in the coastal city of La Ceiba, on Monday.

Conn disappeared June 2 from Lexington as he was facing 12 years in prison for theft of government property and paying illegal gratuities in a scheme to fix Social Security disability cases for his clients.

He was accused of conspiring with a federal administrative law judge and clinical psychologist over 10 years to get benefits awarded to 1,700 claimants, whether disabled or not, and to file fraudulent submissions totaling $550 million.

The judge, David Daugherty, pleaded guilty to taking illegal gratuities and was sentenced to four years in prison, while the psychologist, Alfred Bradley Adkins, who was found guilty, was sentenced to 25 years for fraud and other crimes. 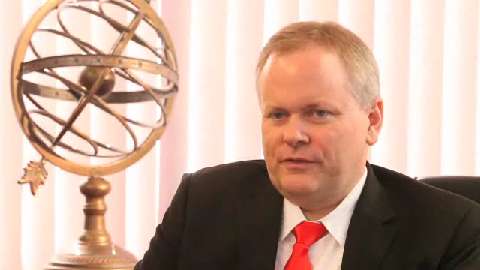 Conn, who disappeared before he was set to testify against Adkins, was sentenced in absentia in July and ordered to pay $107 million in restitution and to forfeit $5.7 million.

Honduran reporters said agents from its national police agency had been following him for several weeks.

Hess said the FBI conducted searches, did forensic exams of emails purportedly sent by Conn, analyzed his finances and interviewed dozens of people to try to find him.

Credit: AP
This photo provided by the Honduras public magistrate's office shows Eric Conn with Technical Agency of Criminal Investigation (ATIC) agents after he was captured by police on Monday, Dec. 4, 2017, in the city of La Ceiba, Atlantida, Honduras. Conn, a fugitive Kentucky lawyer who escaped before facing sentencing for his central role in a massive Social Security fraud case, is expected to be transferred to the U.S. on Tuesday. (Honduras public magistrate's office via AP)

"We implored him to cooperate," she said. "He refused to do so."

Hess said in July that Conn was spotted at a gas station and a Walmart in New Mexico.

The FBI offered a $20,000 reward for information leading to his arrest and seized bank accounts that could be used to support his flight.

In October a federal grand jury charged one of his employees, Curtis Lee Wyatt, with conspiring to help Conn.

The indictment said Wyatt, who had worked at Conn's Floyd County, Ky., law office, even allegedly tested security at the U.S. border with Mexico on Conn's behalf. Wyatt has pleaded not guilty

Hess told reporters Tuesday the FBI had worked with about a dozen agencies to bring Conn to justice. They included agents from the Social Security Administration, Health and Human Services, the IRS, the federal Probation office and the U.S. Marshal, as well as Pikeville, Lexington and University of Kentucky police.

Conn built the third-largest disability practice in the U.S. by plastering his face on billboards across Eastern Kentucky and promoting his business at events using a team of young women he called "Conn's Hotties."

The Social Security Administration in 2015 ordered about 1,500 of Conn's former clients to prove at hearings that they deserved to continue receiving their disability checks, and hundreds were cut off.

FBI agents had warned that Conn was a flight risk; an agent and other witnesses testified when he was charged in 2016 that he had stashed money in 10 countries, crossed 140 borders over eight years, and vowed he would flee to Cuba or Ecuador before he was put behind bars.

But U.S. Magistrate Judge Robert Wier last year placed him on home monitoring with a bond secured by his $1.5 million home, noting he had traveled extensively while under investigation in previous years and never absconded. When he pleaded guilty in March, Justice Department prosecutors recommended his continued release on those terms, pending his sentencing in July, and U.S. District Judge Danny Reeves accepted a plea bargain in which that recommendation was made.

He was on an approved release in Lexington in June to prepare for his testimony in Adkins' trial when he cut off his electronic ankle security monitor, which was found on Interstate 65.